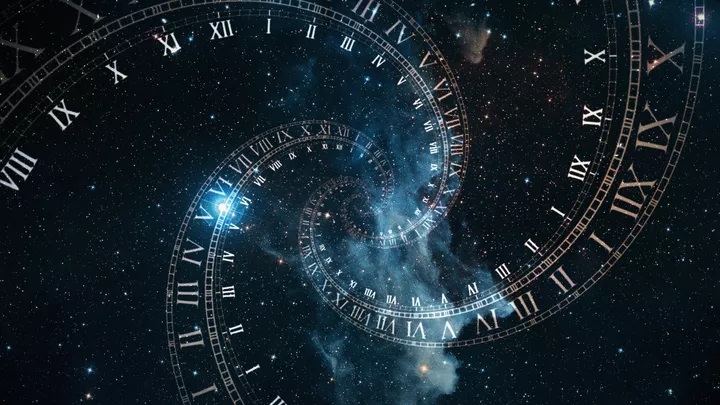 Many of us in recent years have begun to notice something wrong with the way time passes. Days run like hours, weeks like days, months like weeks, and years like months. The speed of the passage of time is such that a person has less and less time available. It would seem that the day had just begun, did not have time to look back, and outside the window – night!

And this is what is characteristic: earlier, only “aged” people noticed the fact that time began to flow faster for them over the years, but now the situation with a sense of the transience of time has changed: even teenagers and children began to complain about its lack.

Speaking about modern children, their sense of time seems to be changing. As children, it seemed to us that time flows very slowly, while in an adult, by definition, time flows quickly. Nowadays, a lot of children say that time flies very quickly.

Why is this happening? Is the substance of time objectively changing, because it is the most incomprehensible substance, or is such an impression formed from information overload? But in any case, time subjectively passes faster than before.

The monks from Athos, during the night prayer, noticed one oddity. Since ancient times, they had a special prayer rule: in a certain period of time they had to read a certain number of prayers. And so every day, strictly by the hour.

Previously, the monks managed to complete the entire program overnight, and before the early morning service they even had a little time to rest. And now, with the same number of prayers, the elders no longer have enough night to finish them.

No less amazing discovery was made by Jerusalem monks serving in the Holy Land. It turns out that for several years the lamps at the Holy Sepulcher have been burning longer than before. Previously, oil was added to large lamps at the same time, on the eve of Easter. It burned out completely within a year. But now, for the umpteenth time, before the main Christian holiday, there is still a lot of oil left. It turns out that time is ahead of even the physical laws of combustion!

It turns out that every day we lose about 6 hours, and that is why we constantly do not have enough time, because the days fly in an accelerated mode. The shortening of the day was especially noticeable at the turn of the 20th and 21st centuries.

An interesting explanation of the variability of time was given, while studying the chronosphere. There is a scientific hypothesis, according to which time, as a physical phenomenon, has a material carrier – a kind of time substance, which is called the “chronal field”.

Based on these experiments with the substance of time, scientists concluded that there is a time field of the planet – the chronosphere, which controls the transition of the past into the future.

The scientists believed that time is also represented at the level of microparticles and called these microparticles chronons – quanta of physical time. And the field in which these microparticles of time exist is chronal. They believed that the chronal potential (chronal) decreases with time. For example, in humans, a newborn child has the highest chronal value, and with age it decreases many times over. For example, in infants, all metabolic processes are carried out much more intensively than in adults: per kilogram of body weight, the need for nutrients is 2-2.5 times higher, oxygen consumption is 2 times higher. They have all the processes going quickly – kids grow quickly, quickly gain weight, quickly learn to understand the world, and the surrounding life, accordingly, seems very slow to them.

But that’s not all. It turns out that not only people age. Of particular interest is the problem of decreasing the chronal (aging) of planets, stars, galaxies and the entire Universe. Here we will pay attention only to the process of natural aging of the Earth. It does not develop at all, as many people think, but decays. To date, its chronal, which determines the intensity of all processes on it, has greatly decreased.

On our planet, the speed of life processes is steadily decreasing, which is why the running of time is accelerating for everything that exists on Earth!

But let’s get back to the theory of temporal acceleration. Why did time on Earth start to run faster? It is known that in order to slow down the passage of time, you need to increase the speed. Therefore, to speed up time, the speed must be reduced. That is, our planet had to reduce its speed.

American astrobiologists D. Brownlee and P. Ward came to the conclusion that the Sun is “guilty” of reducing the speed of the Earth. Our luminary is a young growing star. While expanding, the Sun gradually absorbs our planet. Year after year, revolution after revolution, the Earth continues to change its orbit and move closer to the Sun.

If we compare the solar system with a model of an atom, where electrons rotate around the nucleus at a certain distance from each other, then we can understand how the speed of the Earth has decreased. Electrons that are closer to the nucleus rotate more slowly than those that are farther from it. The closer the planet is to the Sun, the slower it will rotate around it, slowed down by the more powerful gravitational field of the star. As the speed decreases, time will speed up. It will just go faster.

This does not mean, that the day will be equal to 23 or 22 hours. The smaller trajectory of the orbit is compensated by the lower speed of rotation along this orbit. There are 24 hours left in the day, but these are not the 24 hours that were before.

The universe is expanding, but time… is accelerated!

This conclusion was reached by scientists from the Kyiv Institute of Quantum Physics, during a scientific experiment that began back in the 70s and lasted almost thirty years.

People will feel this rapid reduction in time intervals, both at the physical level and at the level of intuitive perception. Will this be connected with the expansion of the Universe?

Yes, most possibly and with increasing acceleration. The more the Universe expands, the faster time runs, and so on until the complete annihilation of matter.

In this article:Time acceleration, Universe expansion