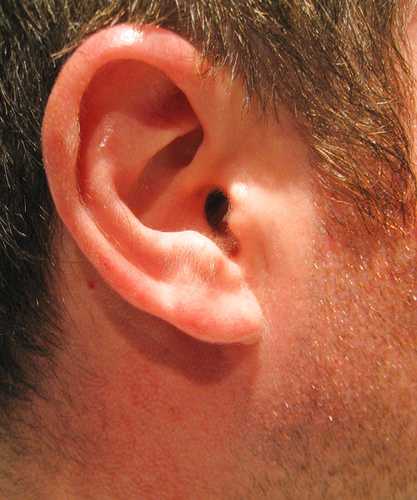 There is a genuine phenomena that has been sweeping the planet with reports of loud, sometimes glass-shattering booms that sound like explosions in the sky.
It isnt thunder since the skies are typically clear with no storms in the areas when the booms occur. Others report hearing trumpets like a shofar from ancient Biblical times. Still, others describe the sounds as groaning metal or metal clashing that is never-ending.
The phenomena can last seconds or hours and many communities have been hearing the sounds for months. With instant worldwide communication, news of these unusual sounds set off a wildfire of YouTube videos.
Many videos were clearly hoaxed from the juvenilistic YouTube sector, but many more videos appeared authentic and posted by sincerely baffled YouTubers.
Some of the theories for what these sounds are include:
Opening and closing of stargates or wormholes to allow alien craft entrance and exit of Earth.
Fracking, the extracting of natural gas from shale and controversial topic of environmental impact.
HAARP (High Frequency Active Auroral Research Program) notes played via technology that creates whistler waves of electromagnetic discharges.
The Earth is shifting into another dimension due to an increase in the frequency pattern. The process is often referred to as Gaia giving birth so that the Earth is reborn.
Vactrain sounds from the vibrations of the Mach1 speeds being reached by the secret massive underground intercontinental transit system some believe exists.
Expanding Earth theory that holds the cause of the Earths oceans and continental drift is due to the planet growing in mass and size. The sounds are literally growing pains.
While all these theories may capture the imagination, the underlying issue of a major phenomena going on all around the world remains unanswered. And, this big question mark makes the ideal fodder for conspiracy theories that also encompasses the end of the world signs.
Many people believe that the sounds are the angel trumpets signaling the second coming of Christ or the Biblical Apocalypse.
There are several montages of these sounds on YouTube.

Almost every state in the US has reported these unnerving sounds. But is it truly so mysterious or is there a scientific explanation that has been overlooked or possibly not completely accepted and understood?
These unusual groans may be very commonplace and its simply because communications are instant around the world that its become such a modern phenomena. In a 1913 pamphlet published by the Australasian Association for the Advancement of Science titled Phenomenal Sounds in the Interior of Australia  Are they Terrestrial or Atmospherical? similar sounds are discussed.
Reports from explorers and settlers are recounted about mysterious booms being heard and described as sounding similar to canon fire. In 1829, Australian Captain Sturt, a renowned explorer, wrote about hearing thunder-like sounds on a cloudless sunny afternoon.
He described the sound as a sharp crackling like thunder but extremely loud with no visible cause. He also experienced a similar event in 1844 in Central Australia in the morning that sounded like a great gun discharging.
As recently as June 16, 2013, Londoners heard whats identified by the Royal Air Force (RAF) as a sonic boom. Skeptics arent convinced that a Typhoon jet was responsible for a tree toppling over from the blast wave or windows being shattered. The boom was heard and felt all the way from Central London to Cambridgeshire, some 70 miles North.
Two of the most plausible theories explain these sounds as natural phenomena with scientific causations.
One of the first investigators of these metallic sounds was Linda Moulten Howe. Highly respected for her investigative prowess, Howe has filed numerous reports on these sounds that can be read on her website, Earthfiles.
Howe last reported from an interview she conducted with an anonymous government geologist who revealed the cause of these phenomena is the Earth itself.
According to Howe, the scientist explained that the Earths core is shifting and massive bursts of electromagnetic energy are being released and bouncing off the atmosphere and vibrating back to the ground.
This is a very logical and plausible explanation since witnesses have reported that the sounds appear to come from the sky.
Skyquakes is an explanation being discussed on the Internet to explain these strange sounds. Skyquakes is actually a misnomer for Spacequakes that were discovered in 2007 and first reported in 2010.
They are plasma waves that are being stretched by solar flare emissions. These waves eventually must either pop back towards the earth or break.
The waves then bombard the Earths atmosphere. These spacequakes have been documented at a 6.0 on the seismograph.
The intensity of the snap back determines the intensity of the atmospheric boom. This could explain why some people hear booms while others hear the resounding metallic groaning. Spacequakes can spark auroras and the impact sets off a rebounding process, in which the incoming plasma actually bounces up and down on the reverberating magnetic field until they dissipate in a process called repetitive flow rebuffing. Spacequakes can also generate plasma vortices.
This also seems like a highly likely explanation for the way the sounds reverberate and then slowly diminish in intensity. They often end in bright flashes of light and then the sounds stop.
Until someone can definitively prove what these sounds are, speculation will continue.