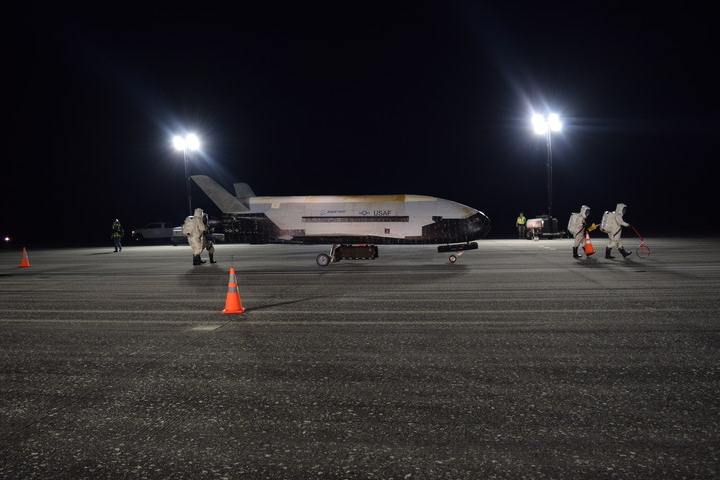 The unmanned vehicle X-37B was originally designed for a 270-day flight. The objectives of this mission remain classified.

The mysterious orbital test vehicle X-37B of the US Air Force has successfully returned to Earth this Sunday, completing its fifth and longest mission, which kept it more than two years in space, Aviation said in a statement.

The unmanned artifact touched surface at the Kennedy Space Center landing facility in Cape Canaveral, Florida. The exact nature of the X-37B missions are classified, and it has only been specified that the plane conducted experiments during the 780 days in orbit, breaking its resistance record (originally designed to fly only for 270 days) and adding 2,865 days of flight for the program.

“The X-37B continues to demonstrate the importance of a reusable space plane,” said Air Force Secretary Barbara Barrett. “Each successive mission promotes the spatial capabilities of our nation.”

The X-37B Orbital Test Vehicle breaks record with 780 days in orbit after landing at @NASAKennedy‘s Shuttle Landing Facility at 3:51 a.m.

The X-37B is able to enter orbit and land using the same pattern as the space shuttles of the Space Shuttle project. The length of this reusable vehicle is 8.8 meters, four times less than the ferries.

Its first launch took place on April 22, 2010, and the last flight, concluded on May 2017, had been the longest (718 days) so far. This joint secret program of NASA and Boeing began in 1999 and was transferred to the Pentagon in 2004. The purpose of the US is unknown. pursue the project.

The vehicle is planned to start on a sixth mission in 2020.

In this article:Space Shuttle project., X-37B

From: Unknown Country  The X-37B, the U.S. Air Force’s secret robotic space plane, has now been in orbit for almost 500 days, a record-breaking...