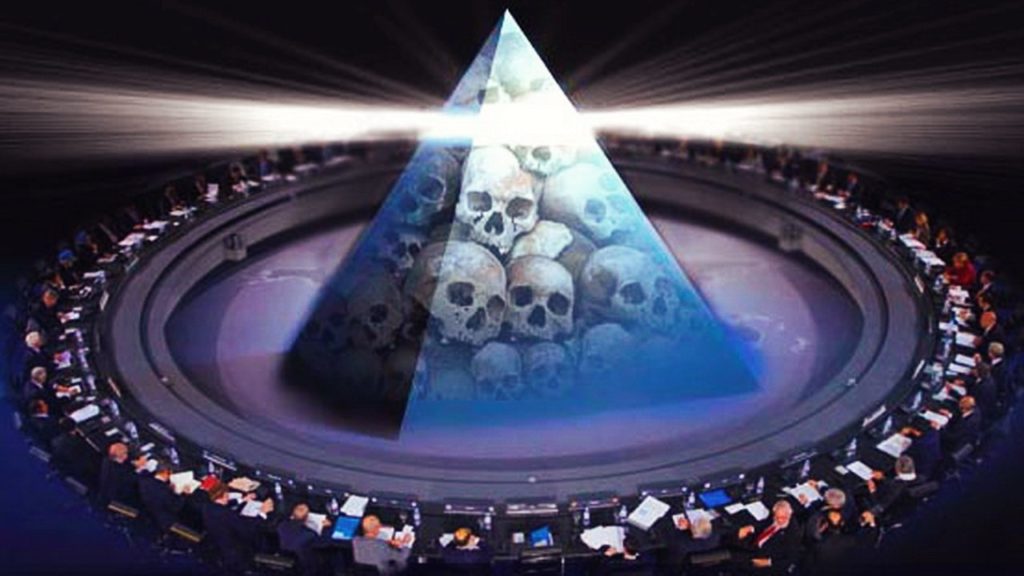 According to the Assistant’s to the Secretary of Defense for Public Affairs twitter account, the Pentagon has allocated accommodation for 1,000 people who “may need quarantine” due to an outbreak of coronavirus.

For these purposes, 4 military bases have been allocated:

The news is half insider insofar as television channel journalists write in their accounts – a few hours before everything goes on air.

Given that in the US there are officially only a few infected people – a thousand quarantine places are somehow surprisingly many. However, we look further than the names, not one of which even says anything to the Americans. Almost all of these cute houses in the pictures are hospitals, among which there is a veteran office. There is a hospital, a university clinic, and much more. All hospitals located in towns (that is, only military clinics) are about five. In other words, Luckland is not a city, but a medical center, where there are more doctors than residents. In other words, the three remaining bases are well isolated by the terrain, around which there is either a forest, mountains, or a desert. A thousand people will be placed there or tens of thousands – no one will know about it, since no one may be able creep out of the military base. Unless coronavirus mutates into a viper or a snake.

In general, the US Blogging platform is alarmed for all reasons: since the military is involved in the matter, the government knows something and therefore is seriously worried.

But the military are also people. The Chinese cops walked around the city for a week, scared everyone with pistols and welded the exits from the porch with welding machines, imagining themselves to be either super-soldiers or cyborgs from the future in the service of Comrade Xi. But the disease brings down all and the Wuhan police bears the first losses. Others will soon fall, after which the time will come for the fighters to be cordoned off. Moreover, who will save them in the open field, is not very clear.

Four bases – this is only the beginning,and as Mr. Gorbachev said, “the process has begun.” Therefore, most likely the matter will not be limited to the empty ones and empty FEMA prisons and camps will open, and the military will simply be locked up in the strictest quarantine so that someone can serve while civilians are being treated.

Conspirologists have been racking their brains for many years – why is this all being built? Why are even old prisons being transferred to FEMA jurisdiction? And only now, it seems, the clue is close.

From time to time, various people appear on the modern conspiracy blogging center who position themselves as “insiders from the System.” The most famous character of this kind is Mr. QAnon. What kind of people are they? What are their motives? No one knows this at all, nor for each individual case.

A couple of days ago, at one of the public hostings in Florida, another person appeared who introduced himself to the public as “BORIS”. He briefly writes the following about himself:

I can’t give my name, because I am a fairly high-ranking official at the United States Department of Homeland Security and work with FEMA, to whose files I have permission level Z. I post this information through a public anonymous source, because if it is discovered that I am standing behind this post, I will be fired and then immediately taken into custody. Nevertheless, I intend to continue to publish as much information as possible, and I will sign my messages as BORIS

Now the message itself from BORIS:

a) China is hiding millions of infections and deaths. The situation is worse than reported.

b) the US appoints safe zones, preparing for the evacuation of large cities

According to very classified data, the Chinese Communist Party reduces the risk of infection and mortality. In fact, according to CIA estimates, the current infection rate is 4.5 million, with about 1 million deaths. CIA agents in Wuhan report “dump trucks moving around the city at night with loads of corpses.” Corpses are burned out of town in a specially dug pit for this.

In the meantime, the United States government is working to move key government officials to secret safe areas in Montana, Wyoming, and New Mexico.

A source I know from the US Public Health Corps said they received urgent quarantine plans from Seattle, San Francisco, Los Angeles, and Chicago, as well as an immediate evacuation plan from New York, Washington, and other large metropolitan areas for relocation to FEMA camps which are being built in South Dakota.

People living in South Dakota can watch the events directly. Naturally, no one will tell them anything, but they will notice the unusual presence of military vehicles.

You should also pay attention to vans of various kinds of services: electricians, plumbers, insect / rodent control personnel and so on. Pollution response teams are dispersed within them and for missions they take to the streets only at night so as not to raise an alarm. Look for people moving in small clusters at night.

The CDC has not yet published information indicating that there are much more suspicious cases in the United States, with a total of about 3,000 people being monitored, and another 400 under “covert surveillance.”

In general, if you are not worried, now it’s time to worry.

We cannot somehow confirm or refute this message, but indirectly it is confirmed by the actions of WHO, for example. In a situation where everything has long gone out of control, it’s too late to take any measures and WHO’s task is to prevent panic. That is, so that the system does not crumble before evacuation.

In addition, indirect evidence is the actions of the Chinese government, which not only dug in Wuhan by moats, but also walled people up with whole entrances, driving them out of the streets. These measures, as well as the “construction” of the century, can be a cover for a day of approach to the city of construction equipment for digging pits for the dead.

In general, we don’t know whether to believe this BORIS or not, nevertheless we think that our readers should be familiar with this information. And believe it or not – everyone will decide for himself.

In this article:featured, FEMA Coronavirus, outbreak of coronavirus