Ufologists all over the world, rejoice: the US military has officially admitted that they have studied the crash sites of UFOs and have at their disposal some unidentified objects, the properties of which are beyond the scope of materials known to science.

In all senses, a phenomenal document was published by the American UFO researcher Anthony Bragaglia on his website UFO Explorations. More than three years ago, based on the Freedom of Information Act (FOIA), he sent a request (PDF) to the US Department of Defense Intelligence Agency (DIA). In it, Bragaglia demanded a list of items that are stored in the warehouses of a Pentagon contractor in Las Vegas, Nevada, as part of the Aerospace Advanced Threat Detection Program (AATIP).

The subtlety of the FOIA is that no US government agency can deny an American citizen an answer to such a request. There are indeed certain restrictions, and the military, naturally took advantage of them: without additional consent, you cannot disclose the personal data of employees (in some cases, even names) and some information about third-party contractors, and it is also forbidden to disclose information related to state secrets, which, if disclosed, may pose a threat to national security. However, there is a limitation period for the last two points.

Anthony fought with DIA representatives for several years and was able to get an answer with great difficulty. According to him, only the threat to go to court helped. They apologized to Bragaglia, justifying the extremely high volume of requests within the FOIA.

They provided a report (PDF) of more than 140 pages, some of which have been edited – probably in accordance with the above disclosure restrictions. From the rather detailed document, the following conclusions can be drawn:

Bragalia could not find out any additional details regarding these unusual materials. As he promises, while his article ends with the message “Time for (additional) responses.” The Bigelow Aerospace comments not given, moreover, all former and current employees of the company refused to communicate with Bragalia. Interestingly, last year almost all of the employees in the Las Vegas division were fired from the firm. Bragaglia suspects that everything related to the AATIP program was removed from the local warehouses.

The big question is: how to assess such a “breakdown of the veils”? On the one hand, Anthony, albeit a rather authoritative, but still a classic ufologist, professing many different conspiracy theories. On the other hand, since Bragaglia is a US citizen and this country has a Freedom of Information Act, he was given a very strange report.

This document can be interpreted in different ways. Yes, it recognizes the presence of some extraordinary objects in places that are believed to be the crash site of alien ships. But at the same time, there is not a single indication that these materials really belong to alien technologies.

All references to chemical compounds in the DIA report- albeit quite advanced, but well-known technologies. In particular, the intermetallic nitinol, created in 1932 and possessing the property of the shape memory effect.

In this article:UFO Crash Sites, US Department of Defense and Military Intelligence 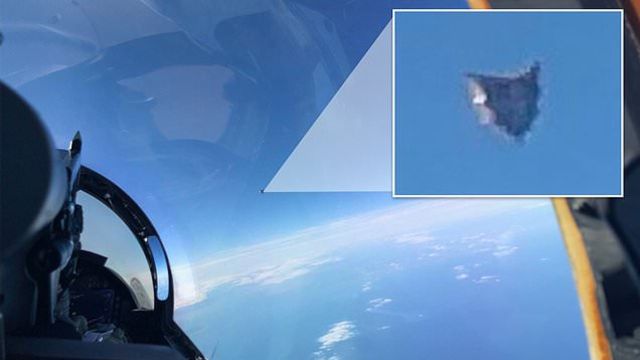 A leaked photograph from the Pentagon’s UFO task force shows a mysterious object hovering over the Atlantic at an altitude of 11 km. Enthusiasts...