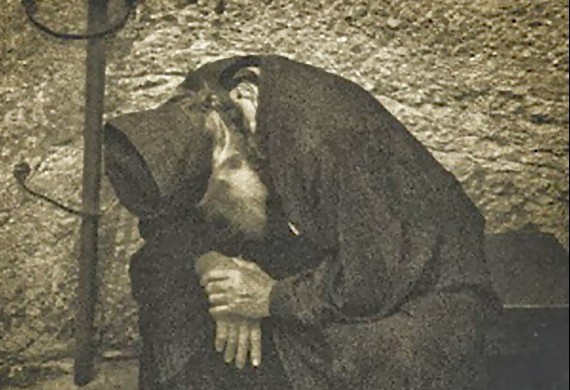 Elder Ephraim of Philotheou, who lived as an ascetic in Arizona, appeared to a woman in Northern Greece, a long-time spiritual daughter of the elder. At the time of the appearance she was with her daughter-in-law; she was not asleep but actually in a state of alertness.

At one point the woman was unresponsive, as if in ecstasy,* and this lasted for about 10 minutes, according to her daughter-in-law who was watching her. She did not realize or comprehend the time duration — i.e., for how long the vision lasted.

It was something new for her (the content of the conversation) because she has seen the Elder before, after his repose, both in her sleep as well while she was awake. Due to all this (her shock), she contacted her spiritual father and asked whether this experience was real or a deception by the evil one.

She saw Elder Ephraim and he was very sad and was imploring Christ that the ongoing [direction of] events be averted (all this, of course, is in agreement with what the elder said to many while he was alive).

And he told her:

Alas to all of you for what awaits you; you must repent as long as there is time…
You need to kneel and cry, to shed tears of repentance, that Christ soften…
This has to do with what is happening in America as well.
Many people will depart through all that is to come, many people will depart (they will die).
You are ruthless towards each other; you have no mercy.
You are so cruel that you are ready to devour each other….
Tell all of this to your spiritual father and to others….’And as the elder said – so it will be.

The woman who saw this was a spiritual daughter of Elder Ephraim and was in communication with him often up until his repose.

Advertisement. Scroll to continue reading.
In this article:Elder Ephraim, Repentance