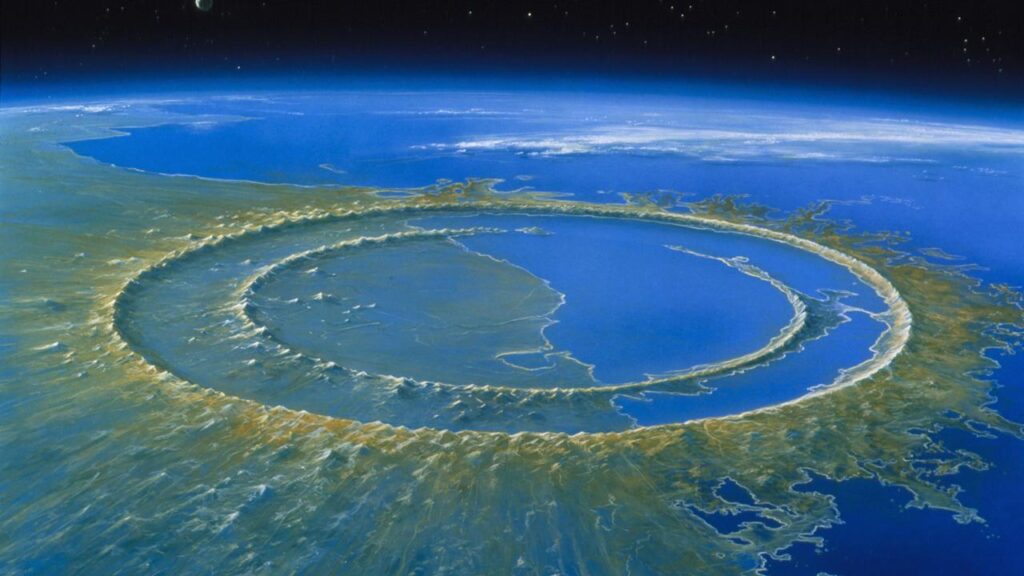 US astrophysicists calculated which object collided with the Earth at the end of the Cretaceous period and caused a catastrophe, during which the dinosaurs became extinct and almost three-quarters of the plant and animal species living on Earth died.

According to the authors, it was not an asteroid, but a fragment of a long-period comet from the Oort cloud, located at the periphery of the solar system. The research results are published in Scientific Reports.

Researchers from Harvard University have put forward a new hypothesis explaining the origin of the impact object that caused the formation of the Chicxulub crater off the coast of Mexico with a diameter of about 180 kilometers and an initial depth of up to 20 kilometers. Previously, it was believed that it was an asteroid several tens of kilometers in size, but where it came from was still a mystery.

Using statistical analysis and gravity modeling, the authors proved that it was in fact a comet originating from the Oort cloud at the edge of the solar system, knocked off course by Jupiter’s gravitational field and pointing towards the sun. The tidal force of the latter tore her apart, one of which collided with the Earth.

“In essence, Jupiter acts as a kind of pinball machine,” astrophysicist Amir Siraj, one of the study’s authors, said in a Harvard press release. “It throws incoming long-period comets into orbits that bring them closer to the Sun.”

According to the researchers’ calculations, such long-period comets, which take about 200 years to orbit around the Sun, must collide with the Earth every 250-730 million years. This is about ten times more often than previously thought. In addition, simulations have shown that about 20 percent of long-period comets are destroyed in the inner solar system due to the sun’s gravitational pull.

“The destruction is mostly not due to melting, which eats up only a small fraction of the comet’s mass, but due to tidal forces. called tidal destruction, and so large comets that come very close to the Sun break up into smaller ones. And there is a statistical probability that these smaller comets will collide with the Earth.”

The new hypothesis also better explains the composition of the striking body. Evidence found in Chicxulub and other similar craters suggests that the objects that spawned them were of primitive composition, corresponding to carbonaceous chondrites. But only a tenth of the asteroids of the main asteroid belt located between the orbits of Jupiter and Mars have such a composition, and long-period comets, on the contrary, are mostly composed of carbonaceous chondrite material.

“Our hypothesis predicts that other Chicxulub-sized craters on Earth are likely to correspond to a projectile with a primitive composition, which is not typical for ordinary asteroids in the main belt,” the researchers write in the article.

We are talking primarily about the largest confirmed crater on Earth – Vredefort in South Africa, which was formed about two billion years ago, and the Zhamanshin crater in Kazakhstan – the largest in the last million years.

The authors believe that the frequency of such large impact events confirms their calculations based on the mechanism of tidal destruction of large long-period comets the size of the Chicxulub object, originating from the Oort cloud.