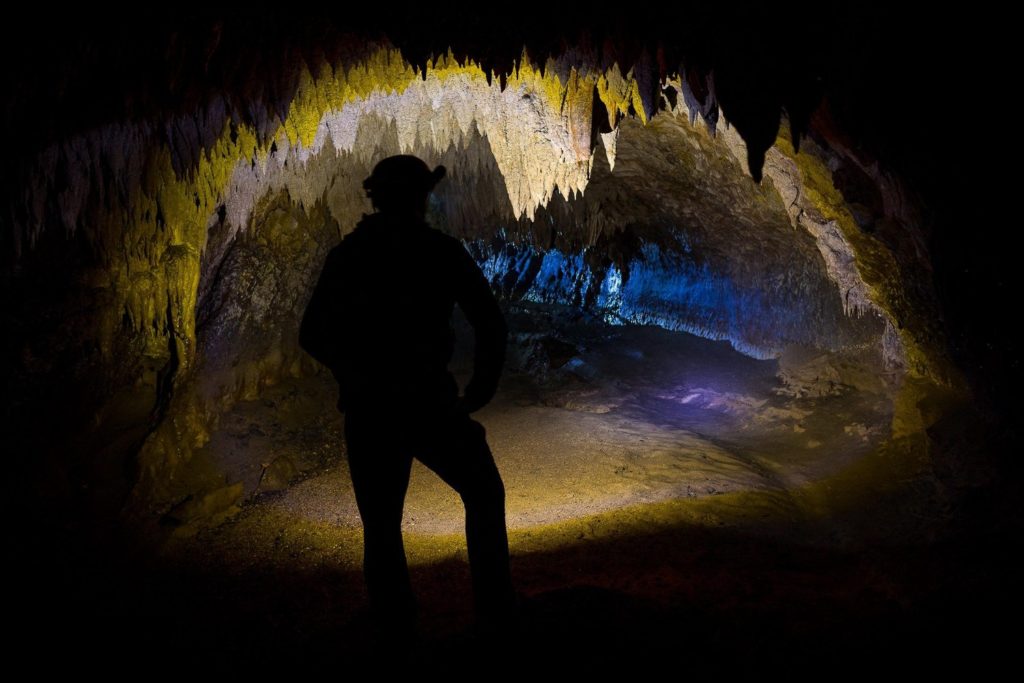 Being silent for many years, the accidental discovery of some Romanian specialists conducting geodesic studies in 1986 for the location of a thermal power station near the Black Sea at Mangalia, the Movile Cave was to be considered one of the greatest discoveries of the century that revolutionized the theories of life on earth.

The Earth has few places away from a possible nuclear attack, and one of them is in Romania. We talk about Movile cave in Dobrogea, completely isolated from the outside

The epochal discovery made by researcher Cristian Lascu was certified ten years later by NASA researchers who brought to Mangalia an ultra-sophisticated mobile laboratory and a team of scientists who launched a research project in collaboration with Romanian counterparts.

Unveiled in a mining pit, it is one of the world’s most famous caves, 240 meters long, with gorgeous and spectacular galleries. It is a relatively small cave, with narrow passages covered with clay. It has developed especially horizontally with a few cavities not exceeding 3 meters.

The Movile Cave, near Mangalia, would amaze the whole scientific world with the discovery of life in a unique chemoautotrophic ecosystem, totally isolated from the terrestrial atmosphere and perpetuated in a subterranean world hostile to humans, animals or plants living on the surface.

For the first time when life was discovered in the most obscure landforms, the underground life did not depend on the surface.

NASA’s Larry Lemke, who is working on a lifetime research mission on the Red Planet, has resembled the living conditions of the Movile cave with Mars and has suggested that there may have been life forms on this planet, 3.5 billion years ago, when Mars was warmer.

The case of the Movile cave brought back the hope of finding incipient life forms in the underground of the red planet, where there are hot water sources.

Movile’s inspiration also inspired the American scriptwriters who cast the movie “The cave,” in 2005, directed by Bruce Hunt.

But at Movile, biologists at the National Institute of Speleology have discovered a completely enclosed circle, a stable ecosystem made up of creatures and fungi, totally isolated and independent of the terrestrial surface, at only 20 feet deep based on chemosynthesis, and was completely separated from the outside environment for about 5.5 million years.

This has made one of the researchers who has discovered and studied the flora and fauna here to conclude that if, after a nuclear war, life on earth disappeared, this ecosystem would be a survivor.

The scientific exploration of Movile Cave, confesses Cristian Lascu, began only in 1990, during which time the cave was isolated.

“In total, there have been discovered 35 completely new species living in a very rich hydrogen sulphide environment with a very oxygen-rich atmosphere but rich in carbon dioxide and methane, somewhat resembling volcanic tailings Mars Planet, as NASA has later appreciated, “says Lascu.

The species found in this cave are most of the arthropods belonging to the Arachnida, Crustacea, Myriapoda and Insecta classes. Among the aquatic species, the specimens belong to Phyla Platyhelminthes (worms), Nematoda (worms), Rotifera, Annelida (segmented worms).

This cave is populated by raptors who take their nutrients from the few Nematoda species (worms) and Annelida (segmented worms), which, in turn, depend on chemically synthesizing organisms.

Also, new predatory species such as two pseudoscorpions, one myriapod, four spiders, and a water scorpion, the lizard living on the worms and a centipede about 5 centimeters long have been discovered. (A spider whose only nearby relative is found in the Canary Islands was discovered).

Movile Cave, one of the most unusual ecosystems, is populated with invertebrates that have adaptations due to underground life such as they have a depigmented body, regression, or total absence of the sense of vision, feed on bacteria and fungi that get energy from hot sulfur sulfurous springs under the cave.

From a geological point of view, the cave is situated in the Moesica platform and dates back to the Quaternary.

With a total length of 300 meters, it is considered relatively small, with narrow passages that make up a labyrinth of low, 1-2 meter galleries with a rounded profile, dug in oolitic limestone and Sarmatian limestone.

The water in the cave has a different chemical composition than the nearby fountains, and in the sediment of the cave, there were no radioactive isotopes common in the soil of Romania after the 1986 Chernobyl accident.

The entrance to the cave is made by an artificially dug, followed by about 200 m of labyrinthine dry galleries with a rounded profile (1-2 m in height) and flooded (the siphons are represented by three relatively small air bells).

In this article:Mars, Movile Cave