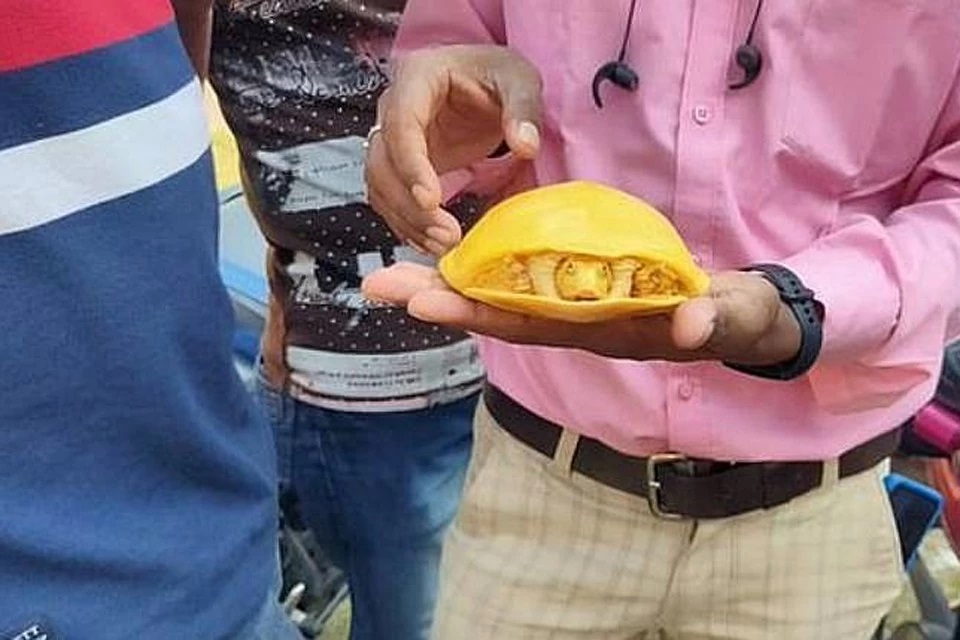 The mystically minded Hindus believe that the bright yellow turtles, which were found in India and Nepal, are some kind of signs. They say, it’s not without reason that they have become frequent – several of then have already been caught in some six months.

Most consider the signs to be good. Because, according to Vishnuism and Hindu mythology, the god Vishnu sometimes appears on Earth in the form of a yellow turtle – “penetrating into everything”, “all-encompassing”, whose duties include protecting the universe. And now is the time to preserve it – the universe, at least from the coronavirus pandemic, which threatens to destroy not only the Indians, but all of humanity.

Since Vishnu so often began to appear in the form of turtles, then things are really very serious and in this case it is impossible to do without the intervention of higher forces.

Messages about yellow turtles began to appear on social networks.

Experts who do not believe in mysticism and are engaged in the study and protection of local forests, talk about the fact that the unusual color of yellow turtles arose as a result of as yet unknown mutations. In this case, the mutation occurred partially and the animals completely lost all pigments, except for yellow.

For reference. The turtles of the same species, the so-called Indian lobed turtles (Lissemys punctata), become defiantly yellow. They are usually greenish with numerous yellow spots. The necks are long, with many folds, the iris of the eyes is yellow, and in yellow turtles it is pink, like all albinos. Those who have seen yellow turtles in real, state that they are not painted specifically for the photo. Turtles are really, completely yellow without a single spot of a different color.

Advertisement. Scroll to continue reading.
In this article:Vishnu, Yellow turtles 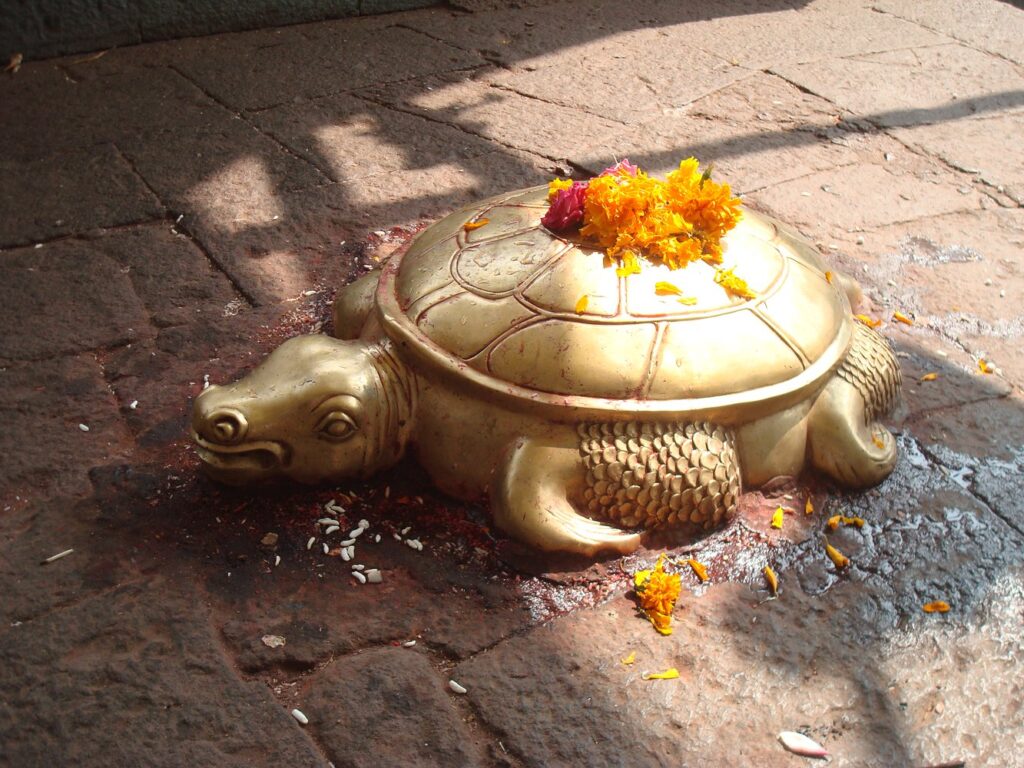 A golden turtle was found in Nepal. She is compared to the incarnation of Vishnu

The unique coloration of the animal is due to an extremely rare genetic form of chromatic leukism. In Nepal, a golden turtle was discovered,...