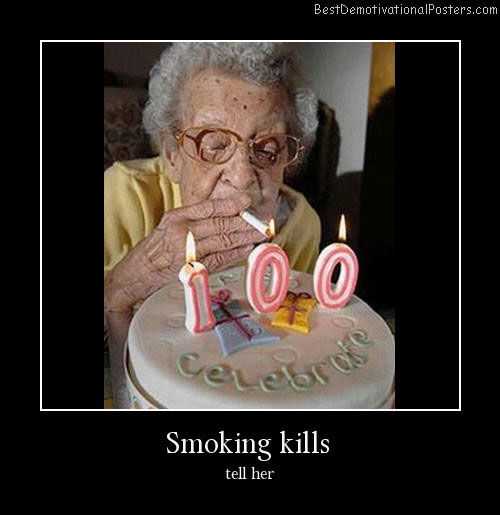 While this cannot really be considered scientific evidence, it is a fact nevertheless. The oldest people on Earth are all smokers. According to the World Health Organization and the statisticians of the anti-tobacco cartel, however, these are (or will be) all premature deaths, for the simple reason that they are smokers. Therefore, these individuals did (or will) add to the smoking-related death epidemic figures that the charlatans of the numerous anti-tobacco organizations keep waving in front of politicians, media, and public. FORCES wishes to thank Wanda Hamilton for her usual, meticulously accurate work. World’s oldest — All smokers (Original compilation by Wanda Hamilton) Says who that smoking kills? Good habits such as smoking are the secret of good life – In spite of the drumming propaganda, every record of super-longevity belongs to smokers. Here is the case of Zhang Shuqing, a centenarian in Pixian, Sichuan, China, turned 100 on May 7, and who “buried” his own daughter – probably a non smoker! – eight years ago. Jokes aside, one is to think and really ponder on this. Record-setters of longevity are ALL smokers with a lot of other “bad” habits: Zhang also eats like a pig, including a daily bowl of pork fat! A paradox? Hold on: what is a paradox? Something contrary to scientifically established facts, or contrary to BELIEFS passed as scientific facts? Let’s face it: if smoking were such a “bad” habit Zhang and so many like him would not be here to prove the opposite, would they?

e note the passing of Milton Berle with sadness and anger at a creative life cut short by excessive tobacco use. Mr. Berle died Wednesday from colon cancer. He was 93. Gregorio Fuentes – Cut Down By Tobacco Before His Time – Gregorio Fuentes, who skippered Ernest Hemingway’s fabled fishing boat, the Pilar, for more than 20 years and is said to have been the writer’s inspiration for the embattled fisherman in The Old Man and the Sea, has died. He was 104. Fuentes died of cancer Sunday at his home in Cojimar, the quiet Cuban fishing village about 10 miles east of Havana where Hemingway used to dock the Pilar. Smoking until the end, Fuentes is sad proof that tobacco kills. John Berry – John Berry, a rugged-faced pipe smoker, a stage and movie director, writer and actor who made more than 50 films and, entangled in the blacklist, exiled himself from Hollywood during the anti-Communist inquests of the 1950s, died Nov. 29, 1999 at his home in Paris. He was 82. Another premature, tobacco-related death, no doubt. We are not kidding. Every smoker who dies is logged as a tobacco-related death to beef up mortality statistics and imply that those who don’t smoke are either immortal, or live much longer lives. And when they die (…sorry, IF they die) they are not logged as a tobacco-related deaths even if they died of the identical diseases of smokers. … How else do you think that the anti-tobacco cartel builds up its statistical garbage about the “smoking epidemic?” Isabella Gibson ready to celebrate her 99th – Another smoker approaches one century of life. Gambling, smoking, and enjoying life does not seem to have cut short the life of this person, though she will certainly be logged as yet another “premature, tobacco-related death” by the crooked statistics designed to create numbers proving the Lie of the Century. Isabella seems to be still in good health, notwithstanding osteoporosis (smoking-related, no doubt). Happy birthday, Isabella — and keep on smokin’! Wencelao Moreno: another victim bites the dust – It’s with extreme sadness that we report the sad demise of Wencelao Moreno of a smoking related illness. Mr. Moreno, better known as “Senor Wences” of the Ed Sullivan Show was 103. During the benighted era when ash resided in ash trays rather than dictating policy in Washington, Senor Wences joked, drank and smoked with his puppets on T.V. All his puppets died of secondhand smoke decades ago. Although his premature passing is sad, his death is warning to us all that smoking kills. Mme Jeanne Calment, who was listed as the world’s oldest human whose birth date could be certified, died at 122. She had begun smoking as a young woman. At 117 she quit smoking (by that age she was just smoking two or three cigarettes per day because she was blind and was too proud to ask often for someone to light her cigarettes for her). But she resumed smoking when she was 118 because, as she said, not smoking made her miserable and she was too old to be made miserable. She also said to her doctor: “Once you’ve lived as long as me, only then can you tell me not to smoke.”

Good point! [USA Today, “Way to go, champ,” 10/18/95]. When Mme. Calment died at 122 in 1997, the new longevity champ became 116-year-old Marie-Louise Meilleur, of Canada. Mme. Meilleur had chain-smoked all her adult life (as her grandson said, “She always had a cigarette dangling from her lips as she worked,”–AP, 8/15/97, reported in Miami Herald, p. 2A). She did give up smoking, however, when she was nearly 100. The world’s oldest man is (unless he has died since the last report I have, which is 1997) Christian Mortensen, 114 in 1997,who has been a cigar smoker for most of his life–and still smokes them. [San Francisco Chronicle, “114 and Still Smoking,” Peter Fimrite, 8/5/97, p.A13]. Britain’s oldest man, George Cook, died at 108 in his sleep in September, 1997. He “smoked heavily for 85 years before giving up tobacco at the age of 97,” (“World Briefs,” Houston Chronicle, 9/29/97). The Scottish Daily Record (12/15/97) reported on Ivy Leighton, 100, who smoked 20 cigarettes a day for 84 years, but cut down somewhat after her 100th birthday. April claimed smoking was the key to her long life. There are two men who claim to be the world’s oldest living humans, but their birth dates cannot be certified. One is Ali Mohammed Hussein, who claimed to be 135, of Lebanon. He “smokes like a chimney,” but does not drink alcohol [CNN World News, “Born in 1862,” Brent Sadler, 5/13/l997]. The title is also claimed by Narayan Chaudhari, a Nepalese man who says he is 141. However, his birth date also cannot be certified. He too is a heavy smoker and says the secret of his longevity is “raw tobacco and no alcohol.” [Nando net, Agence France-Press, “Nepalese man claims to be 141, which would make him world’s oldest”, 2/12/98]. 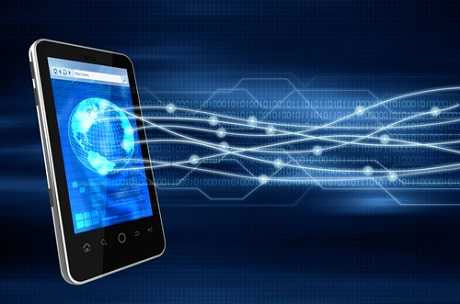 What’s Wi-Fi Doing to Us? Wi-Fi Could Harm Your DNA

We are engulfed by electromagnetic fields all day everyday, and the fields are only getting stronger as technology progresses and spreads. The health effects... 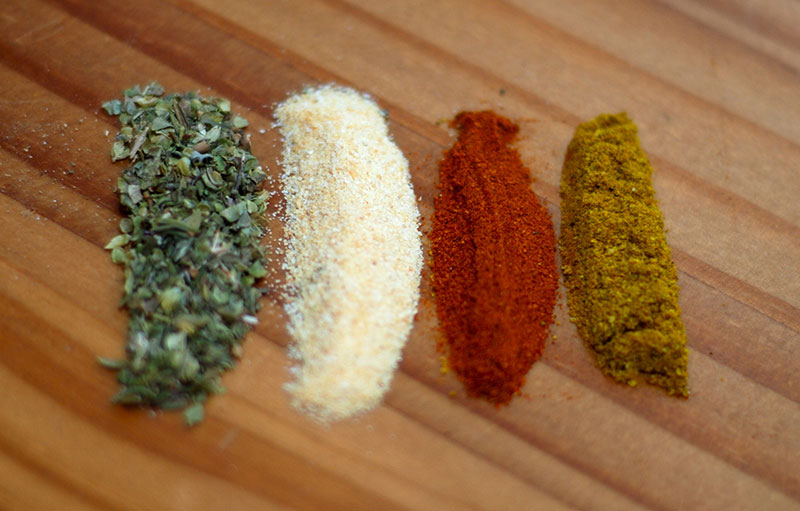 These four cancer-fighting spices have powerful health benefits and were part of my daily regimen to beat cancer without chemo. They are common, but... 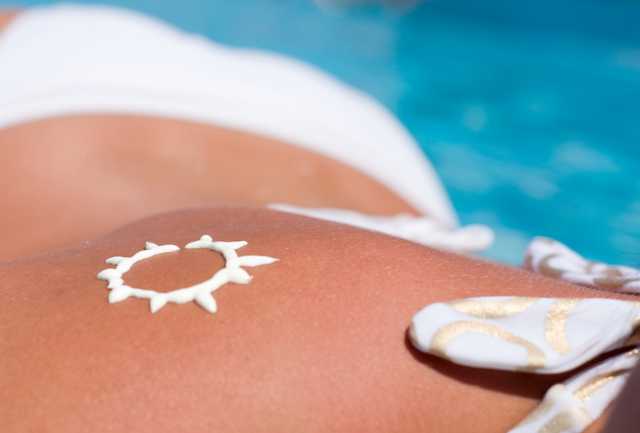 What if the sun doesn’t cause skin cancer?

Summer is fast approaching. It is a time when I see fear rampant on the beach in the form of slathering chemicals on our... 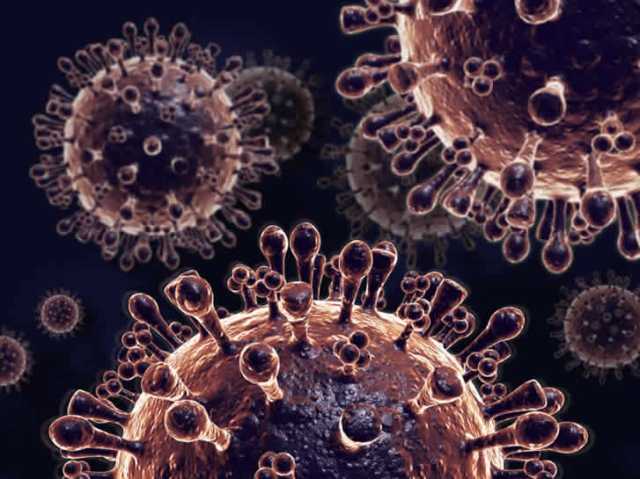 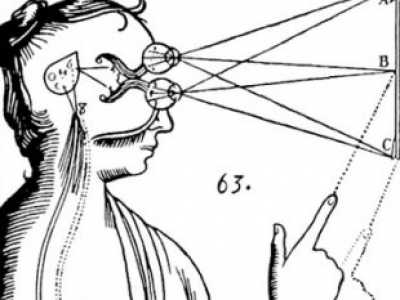