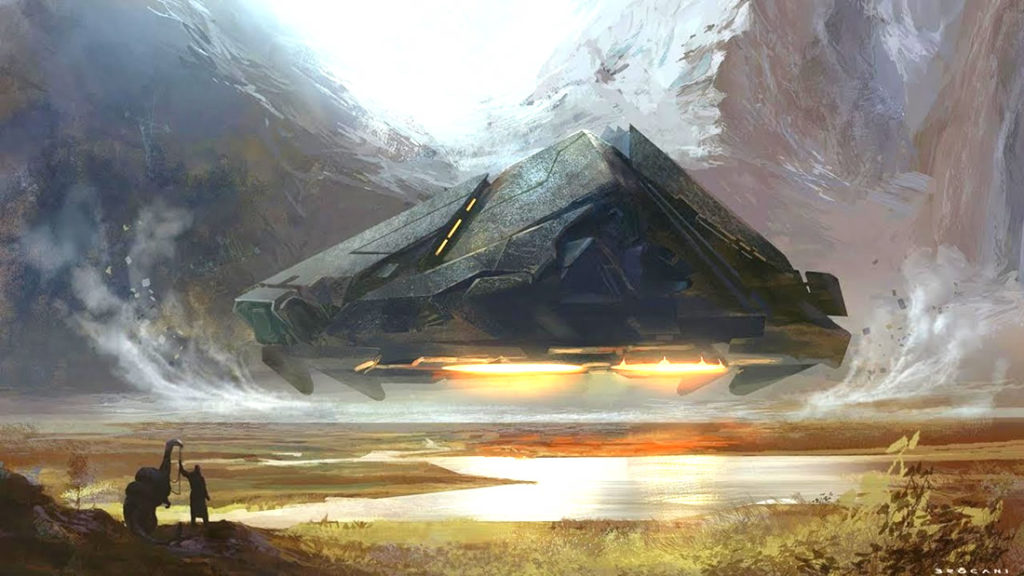 Flight technology could not be an exclusive invention of current humans, there are indications that ancient civilizations like Atlantis, would have mastered this thousands of years ago.

Ancient civilizations, today lost, have left some traces that would show that they also flew using technology created in those remote years.

Alternative researchers have argued that today’s humanity would have only rediscovered the principles and technology to fly, which other civilizations thousands of years ago, already used.

Hot air balloons on the plains of Nasca

This is a possibility that has been raised by researchers: old Nasca designed and built hot air balloons that allowed them to fly over the plains, and incidentally achieve the great feat of the ancient world: Nasca Lines.

According to the researcher Jim Woodman, this would be possible using the materials that the people of Nazca had available at that time. Woodman consulted Julian Nott, pioneer of the modern balloon movement.

Nott, initially skeptical, decided to test Woodman’s suggestion. A baloon was built, with the same materials from that region.

Nott said in a statement:

When Jim Woodman approached me with the idea that the people who created the Nasca lines could have seen him from the hot air balloons, I was intrigued but remained skeptical. Even successfully we flew in a balloon that could have been built by the people of Nasca a thousand years ago. And while I don’t see any evidence that the Nasca civilization has flown, it is beyond doubt that they could have flown. ”

Nott adds that, «if the Nasca people flew, why not other civilizations could have done it?

According to the Vedas, ancient texts of India, the Vimanas were related to religious mysticism; However, over the years, researchers found factors (in the manuscripts) that could reveal advanced technology in ancient times.

The writings present in museums in India and universities, have detailed descriptions of airplanes built in the remote past. The texts describe the use of advanced technology, characteristics of the construction of ships and their flight.

In addition, the Vedas mention air wars and a atomic war originated between an ancient city of what is now northern India and another unknown location somewhere in the gobi desert.

Indeed, a region of the Gobi desert stands out for the presence of green glass nodule and radioactivity. It should be noted that vitrification occurs when the soil is exposed to very high temperatures.

Another ancient text, El Ramayana, describe the vimanas as follows:

The Vimanas were shaped like a sphere and sailed through the heavens raising a strong wind. Men aboard the Vimanas could thus cover great distances in a surprisingly short period of time, since the man who was driving did so at will by flying from the bottom up, from the top down, forward or backward. ”

The Atlantis, the mythical city that was buried by the waters after a terrible catastrophe, remains part of the mystery to this day.

References from this ancient and possible place date back to Plato, who described it as “a great island beyond the columns of Hercules.”

Over the years, other researchers have pinpointed its location near the Bimini Islands in the Caribbean.

Far apart from the enigma of its own existence, it is mentioned that Atlantis possessed advanced technology, created by a sophisticated civilization which would have used artifacts, ships, and other devices that would even surpass those existing today.

It is described that the “lost continent” (as some people call it) possessed technology such as underwater ships, motorized ships, a crystal of enormous power that provided energy to the city. But there is something, which has been mentioned very little: airships that could cross the sky of Atlantis, and they would have even explored the rest of the world.

Scott-Elliot mentions advanced technology: airplanes that crossed the skies in silence being driven by an energy lost in the past and unknown today (the ether?)

However, the Scott-Elliot version is not based on direct evidence, it is based on sessions of «Remote Vision» in which he manifested to visualize the ancient machines of Atlantis.

According to Scott-Elliot, the ships of Atlantis were not constructed of metal or wood, but of a material not known at present, of great hardness, strength and low weight. Some metals were also used, but in a strange alloy, mainly red and white.

He also mentions that the ships had a boat shape and glowed in the dark as if they were coated with a special paint.

Some scholars believe that Atlantis might exist at the same time as lost civilizations of ancient India, so they could establish business relations; This was 15,000 to 20,000 years ago.

And if both civilizations existed at the same time, it would explain the presence of flight technology in both possible ancient cultures. We may not have been the first to fly, and that action was just a memory we lost in time.

In this article:ancient vehicles, Atlantis airships