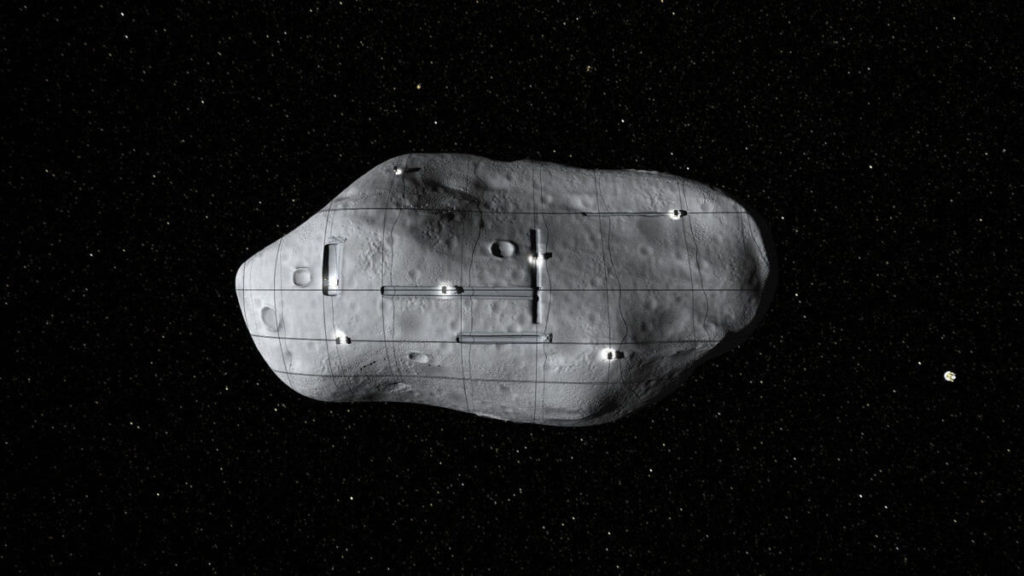 The next gold rush will be intergalactic.

In 2009, a collection of astronauts, academics, and aerospace industrialists convened to review NASA’s present and future plans for manned space flight. Informally dubbed the “Augustine Commission,” the more-stuffily named Review of United States Human Space Flight Plans Committee determined that our ultimate goal ought to be nothing less than “to chart a path for human expansion into the solar system.” 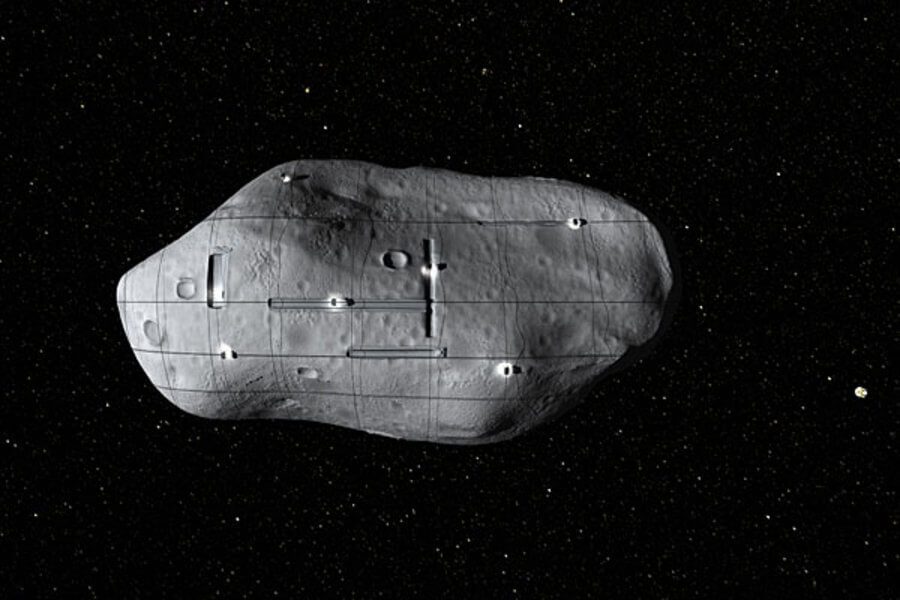 This computer-generated image provided by Planetary Resources, a group of high-tech tycoons that wants to mine nearby asteroids, shows a conceptual rendering of several small robotic spacecraft mining a near-Earth asteroid

Considering that Earth’s resources are finite and that the well of human desire knows no bottom, a continued future for our species will likely require robust manned spaceflight to leave the planet. But it remains incredibly expensive and logistically complex to see humans break the planet’s escape velocity, let alone with any regularity. The ostensibly modern spacecraft of today carry all their fuel with them from the start — a lot of that fuel is required simply to transport other fuel. It’s comically inconvenient.

Contemporary spaceflight is impractical by virtue of being unsustainable; it’s a pursuit for governmental agencies and rich visionaries. Now an industry with its roots in prehistory is changing that tune, summoning up a modern set of incentives for people to get more intimate with outer space. “Space mining” presents itself as a killer technology for interstellar travel and exploration — the miners are due to inherit the stars as we set their sights beyond our planet to harvest geological resources from the universe itself.

The minerals we pull out of the the ground — whether they’re worth money or are useful for some process — have the same composition as the minerals that comprise planets and asteroids. So what good are those minerals doing us out there? A website called Asterank charts the economic feasibility of mining some 600,000 different asteroids for their resources — one 90-foot-wide platinum asteroid is worth a respectable $50 billion on Earth. The incentive is undeniable. 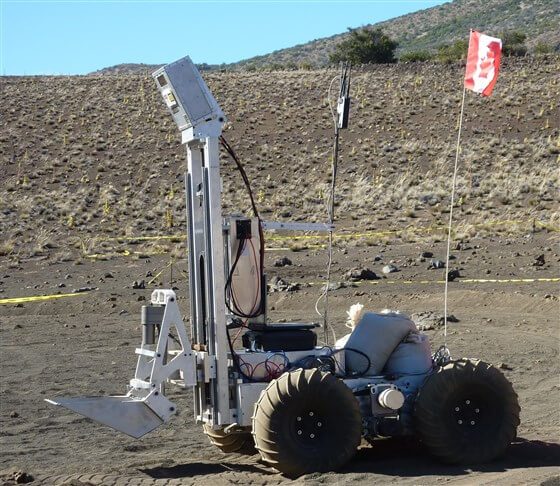 Deltion Innovations is a Canadian company developing hardcore robotic drills and excavation systems to sell to others for use in outer space. Once a mining operation has successfully harvested ice, CEO Dale Boucher says, “We can break that water ice into its hydrogen and oxygen components by putting a DC voltage into it. This breaks the bonds of water apart, with the hydrogen going to one electrode and the oxygen going to another. This is called electrolysis, and we can use it in space to make fuel.”

In its perfect, refined form to come, space mining stands to radically normalize the notion of interstellar travel. With an easily refilled gas tank, future spacecraft will be free of the usual time and planning restrictions. Suddenly the whole galaxy is the scenic route.

Nations are of course paying attention at the political level. The Outer Space Treaty of 1967 asserts that no country can claim ownership over an asteroid, planet or other heavenly body. But President Barack Obama signed the U.S. Commercial Space Launch Competitiveness Act in November 2015 specifically to make it legal for American space mining companies to pursue their goals (the Act protects these companies and others from regulatory oversight until October 1, 2023 — the tone is perhaps, “Do what you have to do to make this work, then we’ll worry about making it safe”).

Space mining is the new Wild West — the resources hidden in asteroids are there for whoever can get there to gather them first, and one of the least-likely countries is leading the way. 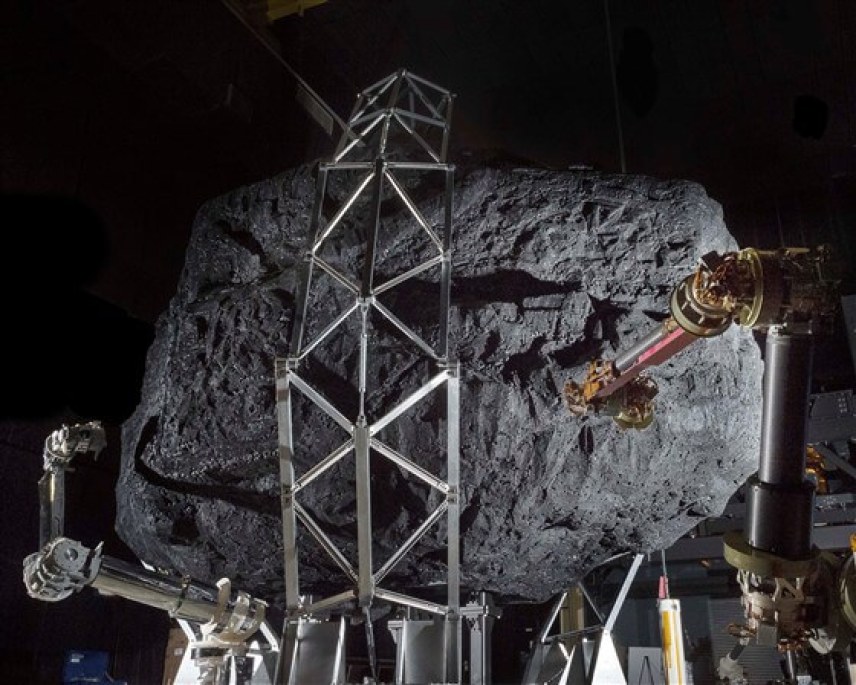 A prototype of the Asteroid Redirect Mission (ARM) robotic capture module system is tested with a mock asteroid boulder in its clutches at NASA’s Goddard Space Flight Center in Greenbelt, Maryland. The robotic portion of ARM is targeted for launch in 2021. NASA

Luxembourg is a European country smaller than Rhode Island, but don’t let its size suggest a shortage of vision. Its government launched a $227 million fund earlier this year to invest in space mining companies that set up operations within the country’s borders, sending a strong message that the country intends to play a meaningful role in the changing nature of space travel. The incentive has already attracted American space mining companies Planetary Resources and Deep Space Industries.

“If we want to keep building communities and raising families, at some point we outgrow the earth,” says Planetary Resources president and CEO Chris Lewicki, who previously worked on Mars rovers for NASA. “We’ve left the planet before — it’s something we know how to do, something the government has spent money on. The challenge for companies operating in this space is how to do it more cost-effectively, and how to do it for commerce instead of science.”

Lewicki says space miners will face all the same problems that terrestrial miners know all too well. Where’s the best place to drill? How much material is there? The fundamental skills and knowledge are largely unchanged, but the environment will be unlike anything humans have ever mined before. “We’ve previously crossed oceans and flown through the air, and today we have the technology to explore space. Asteroids are like rocks on the ocean shore of a new continent.”

As coal miners lose jobs by the tens of thousands, it’s clear that the nature of mining (and even the nature of work itself) is changing dramatically. The mining that humans do on Earth today will be done in space by robots tomorrow, and humanity will be better for it.

How else will we carry out the task of expanding into the solar system?