Professor Michel Chossudovsky is the author of many important books. His latest is The Globalization of War: America’s “Long War” against Humanity.

Chossudovsky shows that Washington has globalized war while the US president is presented as a global peace-maker, complete with the Nobel Peace Prize.

Washington has military deployed in 150 countries, has the world divided up into six US military commands and has a global strike plan that includes space operations. Nuclear weapons are part of the global strike plan and have been elevated for use in a pre-emptive first strike, a dangerous departure from their Cold War role.

America’s militarization includes military armament for local police for use against the domestic population and military coercion of sovereign countries in behalf of US economic imperialism.

One consequence is the likelihood of nuclear war. Another consequence is the criminalization of US foreign policy. War crimes are the result. These are not the war crimes of individual rogue actors but war crimes institutionalized in established guidelines and procedures. “What distinguishes the Bush and Obama administrations,” Chossudovsky writes, “is that the concentration camps, targeted assassinations and torture chambers are now openly considered as legitimate forms of intervention, which sustain ‘the global war on terrorism’ and support the spread of ‘Western democracy.’”

Chossudovsky points out that the ability of US citizens to protest and resist the transformation of their country into a militarist police state is limited. Washington and the compliant foundations now fund the dissent movement in order to control it. He quotes Noam Chomsky and Edward S. Herman about manufacturing consent. He lets Paul Kivel describe how funding of dissent by the elite results in the co-option of grassroots community leadership. The same thing is happening to environmental organizations. Black Americans also have lost their leaders to the elite’s money and ability to bestow position and emoluments.

Chossudovsky notes that progressive, left-wing, and anti-war groups have endorsed the “war on terror” and uncritically accept the official 9/11 story, which provides the basis for Washington’s wars.

Having accepted the lies, there is no basis for protest. Thus its absence.

As Professor Stephen Cohen has observed, dissent has disappeared from American foreign policy discussion. In place of dissent there is exhortation to more war. A good example is today’s (March 26, 2015) op-ed in the New York Times by neoconservative John R. Bolton, US ambassador to the UN during the George W. Bush regime.

Bolton calls for bombing Iran. Anything short of a military attack on Iran, Bolton says, has “an air of unreality” and will guarantee that Saudi Arabia, Egypt, and Turkey will also develop nuclear weapons in order to protect themselves from Iran. According to Bolton, the Israeli and American nuclear arsenals are not threatening, but Iran’s would be.

Of course, there is no evidence that Iran has a nuclear weapons program, but Bolton asserts it anyway. Moreover, Bolton manages to overlook that the agreement being worked out with Iran halts the Iranian enrichment program far below the level necessary for nuclear weapons. Bolton’s belief that Iran would be able to hide a weapons program if permitted to have nuclear energy is unsubstantiated. It is merely an implausible assertion.

The neoconservatives constitute a war lobby. When one war doesn’t work, they want another. They have an ever expanding war list. Remember, the neoconservatives are the ones who promised us a 3-week “cakewalk” Iraq war costing $70 billion and paid for by Iraq oil revenues. After 8 years of war costing a minimum of $3,000 billion paid for by US taxpayers, the US gave up and withdrew. Today terrorists are carving a new country out of parts of Syria and Iraq.

It is now a known fact that the neocon Bush regime’s Iraq war was totally based on lies, just as is every other neocon war and the current drive for war with Russia and Iran. Despite their record of lies and failure, the neocons still control US foreign policy, and neocon Nuland is busy at work fomenting “color revolutions” or coups in the former Soviet republics of Armenia, Kyrgyzstan, and Uzbekistan.

In this article:global war, New York Times, US 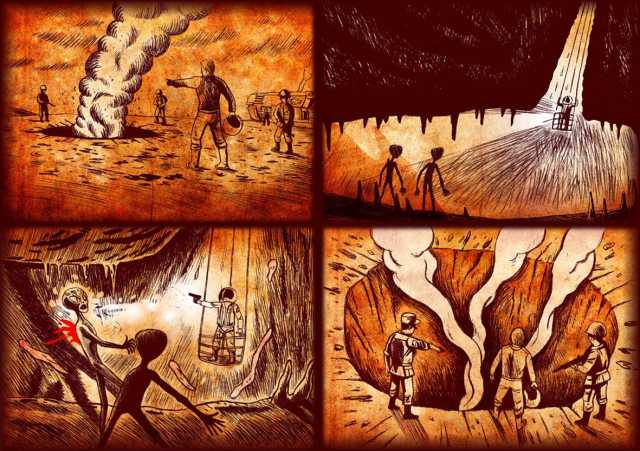 Alien-Human Battle of 1979 in New Mexico: Alleged Eye-Witness Report, The Story of the Alien Base and Battle, Phil Schneider

Schneider was working as an explosives expert, helping build secret underground bases for the U.S. government in Dulce, N.M., in 1979. In 1995, he...