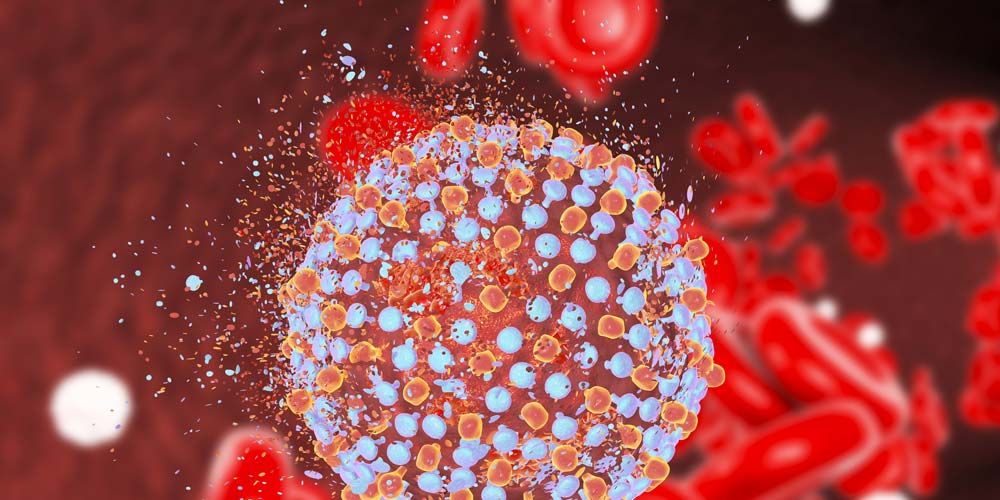 The new pandemic is already poised to replace or supplement the persistent COVID-19. 5 different and mysterious outbreaks of diseases are observed today throughout the planet. Should we sound the alarm?

Over the past few years, we’ve all seen how quickly an outbreak can spread. A few confirmed cases in one part of the world could turn into a true global pandemic in just a few weeks. And once the pandemic starts, it could stay with us indefinitely. After more than two years of fighting COVID, our health authorities now recognize that it will be with us for many years to come.

Despite all our advanced technology, the truth is that we are extremely vulnerable. A new deadly contagion could emerge at any moment and kill millions or billions of us, and this is just one of the reasons why we should take any new “mysterious disease” very seriously.

With that in mind, below are 5 new “unexplained diseases” that have suddenly appeared around the world:

The World Health Organization reports that in less than a month, nearly 200 children around the world have developed an “unexplained hepatitis”.

Nearly 200 children have been reported with unexplained hepatitis worldwide since the first case was identified in Scotland at the end of March, according to the World Health Organization. One child died and at least 17 required a liver transplant.

Leading virologists are shocked and fear that the actual death toll from this infection could be many times higher as many parents may dismiss the warning signs.

If it happened at one point somewhere on the other side of the globe, most people would not pay any attention to it.

However, it is not. In fact, cases have already begun to appear in various places around the planet. For example, about 11 childhood cases of unexplained hepatitis have been confirmed in the United States in recent weeks, including nine cases in Alabama—including two that required a liver transplant—and two cases in North Carolina. If cases in Illinois are confirmed, the total number will reach 14.

The recently unexplained outbreak of Japanese encephalitis in Australia has gotten worse. At the moment, it is reported that 11 people have already become infected.

Currently, 30 New South Wales pig farms are affected by the mosquito-borne virus and 11 people have been infected and three people have died across the country, according to a new report.

Japanese encephalitis is endemic in other parts of the world, but has never been seen as far south as Australia.

“They have had a huge impact on production – in some areas it reaches 60-80 percent,” she said.

As if we didn’t have enough problems, now strangely modified Ebola is back. In central Africa, at least two people have already died in the latest mysterious outbreak.

Ebola has taken its second toll in the Democratic Republic of the Congo amid a new outbreak of the deadly virus. Local health leaders are now trying to contain the outbreak, which began two weeks ago. The first case, a 31-year-old man from Mbandaka in the Equator province, died of the deadly virus on April 21. His 25-year-old daughter-in-law was the second victim of the outbreak.

In the United States alone, more than 28 million chickens and turkeys have already died since the first US case was confirmed in February.

But if avian influenza spreads to humans, that would be the worst-case scenario because, according to the Centers for Disease Control and Prevention, human mortality from avian influenza could be as high as 60 percent. So the fact that the Chinese have just confirmed “the first human infection with the H3N8 strain of avian influenza” is definitely alarming.

China has reported the first case of human infection with the H3N8 strain of avian influenza, the country’s health authority said on Tuesday, April 26, but said the risk of it spreading to humans is low.

A four-year-old boy from the central province of Henan was found to have been infected with the strain after developing a fever and other symptoms on April 5.

On top of everything else, a brand new “mysterious disease” has killed dozens of wild horses in Colorado.

A mysterious illness is suspected in the death of 57 wild horses at a stud farm in Canon City, Colorado, federal officials said.

The outbreak of “an unknown but highly contagious and sometimes fatal disease” began on April 23, the US Bureau of Land Management said. The facility contains 2,550 horses. It is in voluntary quarantine.

We can only hope that all five of the outbreaks listed in this article will come to naught. However, as we saw in the coronavirus example, even a very small flare-up can become global in the blink of an eye.

Let’s remember how it all began

At the end of December 2019, the South China Morning Post reported several cases of some strange pneumonia among workers at the seafood market in Wuhan. After this message, there was a long and detailed explanation that this happens often in the market, that everything is under control and there is nothing to worry about.

And now the situation is repeating itself: one or few people, everything is under control, the epidemic is not expected and all that.

We believe that some new pandemic will not arise until autumn, and maybe even later. First, the war must claw back, then the famine, and only then the Fourth Horseman will appear:

And when He opened the fourth seal, and I looked, and behold a pale horse: and his name that sat on him was Death, and Hell followed with him. And power was given unto them over the fourth part of the earth, to kill with sword, and with hunger, and with death, and with the beasts of the earth. Revelation Book of Revelation 6:7-8

Judging by this Book of Revelation prophecy, there will not even be two or three in one, but four at once, that is, not only pestilence, but also war, and famine, and beasts of the earth. Nevertheless, it may well be that pestilence will cause the next pandemic.

In this article:pandemics, unknown diseases