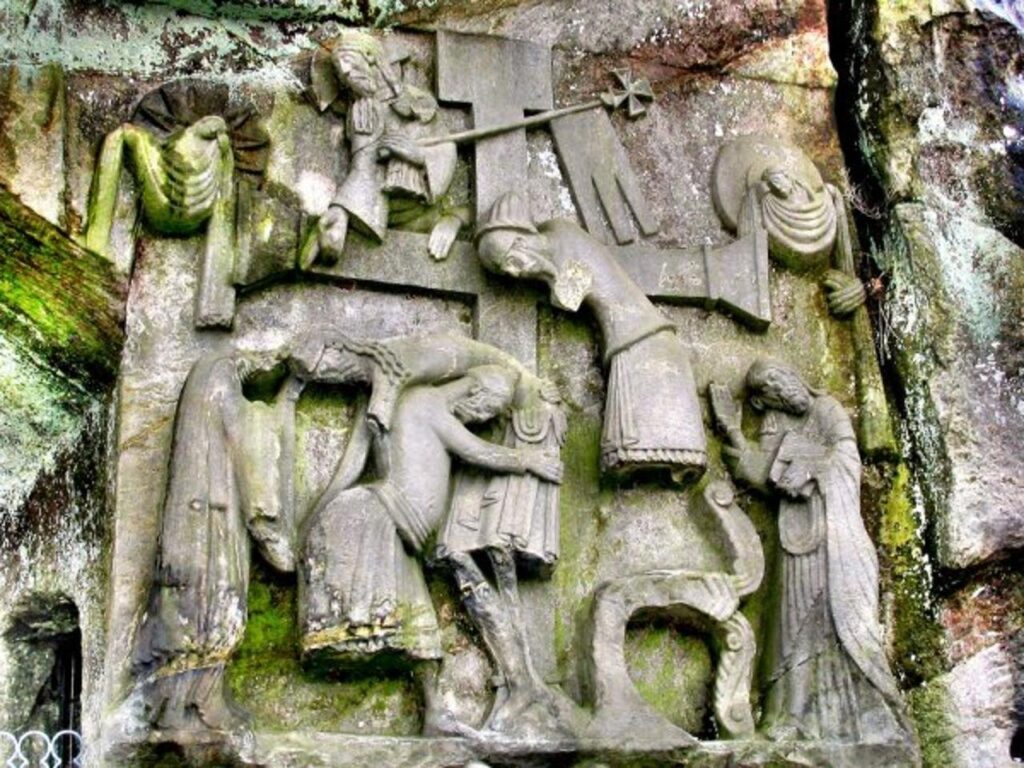 “Stonehenge” of the Third Reich is called a damn dozen sandy cliffs in western Germany. It is not known where it came from and what the name of the rocks means. Was this mysterious place a pagan shrine inherited by Christians? Why did Externstein even try to restore SS Reichsfuehrer Himmler? What cults still flourish here?

Until now, in the west of Germany, in the state of North Rhine-Westphalia, in the Lippe district (Kreis Lippe), in the northern part of the Teutoburg forest, where the Germanic tribes under the command of Arminius defeated the legions of Ancient Rome, there are 13 Externstein rocks. These places are shrouded in many myths and legends, and we will talk about some of them in this article.

Externstein consists of five massive main rock “columns”, sometimes reaching forty meters, located ten kilometers from the city of Detmold. It is believed that these rocks formed 120 million years ago, during the Cretaceous period, at the edge of an ancient sea that occupied most of today’s northwestern Europe.

Another hypothesis is that the Externstein is located almost at the very edge of an ancient glacier, near the place where the border of a giant ice wall passed, which began in the south-west of England and went into the endless Eurasian steppes.

The current name Externsteine ​​did not appear earlier than the nineteenth century. There were different forms of writing: Eggstersteine, Eggerstersteine, Egistersteine. There are two etymological versions of the origin: from the German word Egge (stranded, shallow place in the river), or Elster (magpie).

In any case, its name was never derived from the Latin externus (external, external). It is known that around 1564 two local theologians, Hermann Hamelmann and Mauritius Piderit, used the name Rupes Picarum – “magpie rock”. Although it is not known for sure whether magpies have ever settled in the vicinity of Externstein.

The original idea was expressed by the founder of the organization “Ancestral Heritage” – Ahnenerbe Herman Wirth. In his opinion, the name Externstein appeared in Saxony in the 3rd century and was originally pronounced as eccestan – “mother’s stone”. In short, experts still find it difficult to give a satisfactory answer to the question of the origin of this name and its subsequent evolution.

Before the National Socialists came to power, the Externstein did not enjoy the attention of specialists, although the first, very primitive archaeological excavations were carried out here between 1881 and 1888. The fact that the Nazis (albeit rarely) used the Externstein in their propaganda served the cause of his study a disservice.

The archaeologists of the Third Reich were later, for ideological reasons, accused of all mortal sins, attributing to them, among other things, an “unscientific approach” to the study of Externstein. However, it is impossible to deny that the most valuable discoveries were made in these places precisely in 1934-1935.

The German amateur historian Wilhelm Teudt, who in 1929 published his main work, Germanische Heiligtümer, is still revered in esoteric and neo-pagan circles, especially for the study of Externstein. It was he who, after reading a number of monographs by professional historians and his own observations, called the Externstein “German Stonehenge”, since the solar cult was once practiced here too.

Knowing about the astronomical uses of the British megaliths, he drew the same conclusion about the Externstein rocks. Toidt believed that all the destruction occurred in the era of the adoption of Christianity. In 772, Emperor Charlemagne, who invaded Saxony, overthrew the pagan shrine of Irminsul located in Externstein.

At that time, a heated discussion broke out between “academics” and “amateurs”, which went far beyond the borders of Germany. Wilhelm Teudt, who became a devout National Socialist, nevertheless received no special awards in the Third Reich. In February 1938 he was expelled from “Anenerbe“.

However, the stigma on him and the ideas he promoted remained indelible. The curiosity is that Teudt’s theories did not inspire Nazi ideologue Alfred Rosenberg, and Himmler, after Hitler’s public criticism of the theory of Externstein’s “cult purpose”, chose to “forget” about these rocks forever.

It is no wonder that with such an attitude, Externstein in the post-war years became a cult place of pilgrimage for all kinds of followers of esotericism, who gather here on the eve of Walpurgis Night and on the day of the summer solstice. At this time, it is strictly forbidden to bring alcohol here, pitch tents and make fires. The authorities are closing all nearby car parks so that mystic lovers can walk the last kilometers to their shrine.

At the beginning of August 2013, a thematic exhibition “I Believe – Christianization of Europe in the Middle Ages” (Credo – Christianisierung Europas im Mittelalter) opened in Paderborn, which is once again designed to debunk the National Socialist myth about Externstein as a cult place of the ancient Germans. The scholarly community has repeatedly stated that “all previously conducted research, including archaeological excavations, could not provide convincing evidence that these were pagan religious buildings.

Therefore there is no reason to believe that the Externsteine was the center of worship of the sun and that there went the ancient cults, in particular the German cult of Irminsul and the Roman cult of Mithras. “Local Edition Westfälische Nachrichten (” Westphalian news “) with reference to the curator of the exhibition says that” the key to The bas-relief “Descent from the Cross” (Kreuzabnahmerelief), most likely created in 1100 by the monks of the Abdinghof monastery, in the vicinity of Paderborn, serves as an understanding of this complex.

In the German media, the point of view is expressed that the Externstein is an extremely inconvenient construction of human hands and nature, since each generation has its own opinion about it, which depends more on the tastes prevailing in society than on scientific research.

These rocks are treated more like a work of art and express their preferences and tastes, rather than engaging in a real study of this unique object. Externsteins are often taken out of the historical context and enjoy its magic and charm, completely forgetting that this structure needs to be carefully examined. 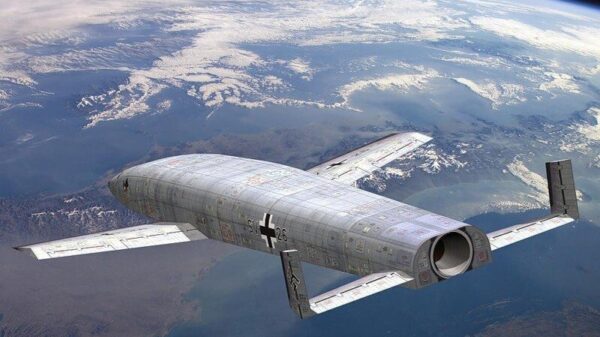 The Second World War is the most terrible event in the history of mankind. However, it should be noted that it was the tinderbox which... 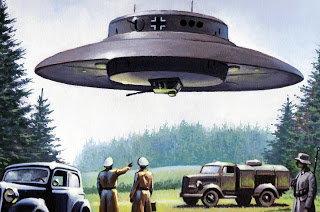 For the first time, the legendary 2006 Russian documentary ‘Third Reich – Operation UFO’ in its entirety, fully translated into English and available for...