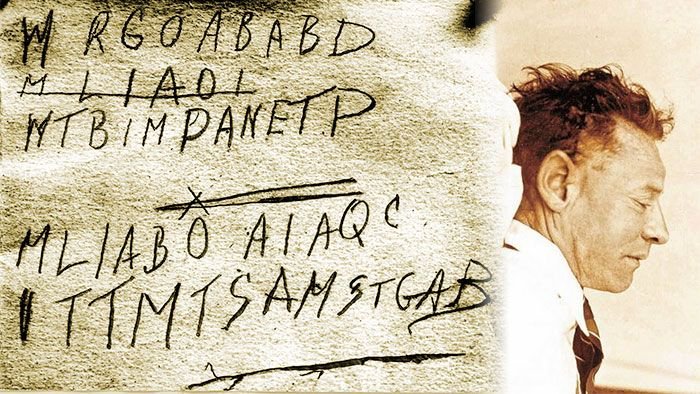 The mystery of the Taman Shud case has puzzled law enforcement and intelligence agencies all over the world for more than half a century now.

Also referred to as “The Mystery of the Somerton Man”, this unsolved case refers to an incident that took place on December 1, 1948 where and unidentified male body was found dead at 6:30 a.m. on the shore of Somerton Beach in Adelaide, Australia.

Police found his body after a handful of various witnesses reported what they suspected was a man who was either drunk or asleep, reclining on the sand with his head resting against the seawall.

He was clothed in fine European attire, but all of the labels had been deliberately torn off from his clothing, indicating a possible attempt to conceal his identity. His dental records did not match any known individual in Australia.

Police searched his pockets in an attempt to find some type of identification, but to no avail; their search only produced a redeemed bus ticket, an unused second-class railway ticket, a half-empty pack of Juicy Fruit gum, some cigarettes, and a partially empty box of matches.

After several unsuccessful attempts to confirm the man’s identity and potential cause of death, police turned to an autopsy.

According to Sir John Burton Cleland, a noted University of Adelaide pathologist, the man’s body had all of the signs of a death by poisoning, including severe congestion in the liver, kidneys and brain.

The man’s spleen was enlarged about three times the normal size, and a significant amount of blood was located in his stomach as well.

Interestingly enough, several toxicology experts attempted to determine what type of poison was used, but it was completely undetectable in his body.

Authorities ruled the death a suicide by an unknown poisonous substance, but after a careful re-examination of the body by Sir Cleland, a small rolled-up piece of paper was discovered deep within a small fob pocket inside of the deceased man’s trouser pocket.

The paper contained the words “Taman Shud” (meaning “ending”, “finished” or “the end” in Persian) printed on it, and the reverse side was blank.

Public library officials were able to determine that the phrase came from the text of a collection of poems known as The Rubaiyat by Persian philosopher Omar Khayyam.

Police conducted a widespread campaign to find the book that the text was torn from, circulating images of the piece of paper in the press all over Australia.

A man whose identity has been kept anonymous by the police came forward and revealed that he had discovered a very rare copy of The Rubaiyat in the backseat of his parked, unlocked car on Jetty Road in Genelg about two weeks prior to the discovery of the body.

The man said that he had no idea that the book had any connection to the case until he read about it in the newspaper.

The book was missing the phrase “Taman Shud” on the very last page, and microscopic tests confirmed that the small piece of paper found in the Somerton man’s trouser pocket was indeed torn from the final page of the book.

Five lines of all-capital letters were scrawled in pencil in the very back of the book, delineating what authorities have ruled as some type of code.

Investigators first conjectured that the lines represented a foreign language, but that was later ruled out in favor of some type of cipher or cryptographic message. The five lines are as follows:

MLIAOI (this second line was struck through in the original message, indicating a possible mistake due to its similarity to line 4)

A phone number was also written in the back of the book, which police later discovered belonged to a woman who resided on Moseley Street in Glenelg, only about a quarter of a mile from the location where the body was discovered. (Side note: Glenelg was also the destination listed on the bus ticket found in the Somerton man’s pocket.)

After being questioned by police, she stated that she did own a copy of The Rubaiyat during the time when she worked as a nurse at the Royal North Shore Hospital (in Sidney) during the second World War, but that she had given her copy to an Australian Army lieutenant named Alfred Boxall in 1945.

Police were now certain that the dead man could be identified as Alfred Boxall, until the real Alfred Boxall surfaced later with a different copy of The Rubaiyat (a 1942 edition), with the last page containing the phase “Taman Shud” intact!

The woman and did not claim to have any connection to the dead man discovered at Somerton beach. She asked to remain anonymous since she was newly married with a toddler, and did not want to be associated with a murder mystery or Boxall.

Amazingly, the police agreed to grant her anonymity, although she was considered to be the best lead in the case.

To this day, the identity of the Somerton man has not yet been confirmed, and the meaning of the cipher (if any) has not been determined.

Many have speculated that the mysterious man may have been some type of spy since his death occurred during a particularly intense period of the Cold War.

Several intelligence specialists, cryptanalysts, mathematicians and astrologers have attempted to decipher the code, but no one has been successful as of yet.

Perhaps the enigma of the Taman Shud case will never be solved, but it still carries an air of mystery and intrigue that fascinates people all over the world.

In this article:enigma of the Taman Shud, Somerton Man