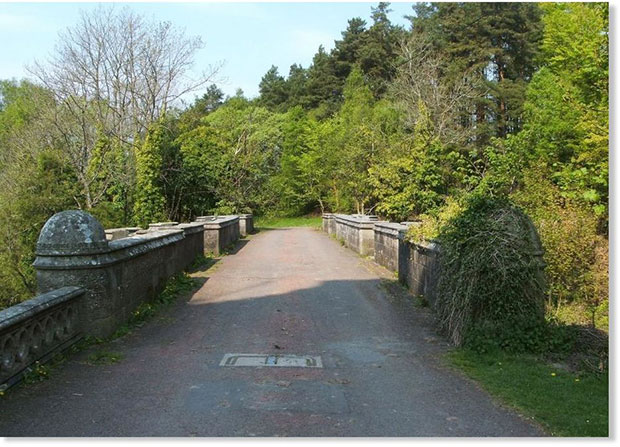 There is something about Overtoun Bridge that lures dogs to their deaths.

The Gothic stone structure, located near Dumbarton in Scotland, spans a narrow gorge on the grounds of a 19th-century manor. Since the 1960s, some 50 dogs have perished after leaping from the same spot on the bridge. Hundreds more have jumped but lived, some even returning for a second leap onto the jagged rocks 50 feet below.

These apparent canine suicides have baffled the poor dog owners unlucky enough to witness their dear pets jumping off the “dog suicide bridge.” Conspiracy theories arose. Suspicions of supernatural forces grew. Was there a disturbance in the magnetic field? Could the bridge be haunted?

A horrific incident in October 1994 provoked further talk of possible paranormal activity: A 32-year-old man threw his 2-week-old son from the bridge because he believed him to be possessed by the devil. He then tried to jump off the parapet himself, but was pulled back by his terrified wife.

In 2005 the Scottish Society for the Prevention of Cruelty to Animals enlisted canine psychologist Dr. David Sands and animal habitat expert David Sexton to investigate the bridge from a dog’s-eye view. After taking in the sights, smells, and sounds of the Overtoun gorge – carefully leashed canines in tow – the pair concluded that it was likely the strong scent of mink that was luring dogs over the edge, dulling their other senses and preventing them from seeing the sheer drop until it was too late. It’s not a definitive explanation, but it’s a little more comforting than the idea of a haunted bridge that forces happy pets to commit suicide. Advertisement. Scroll to continue reading.
In this article:Dunbartonshire, suicide bridge