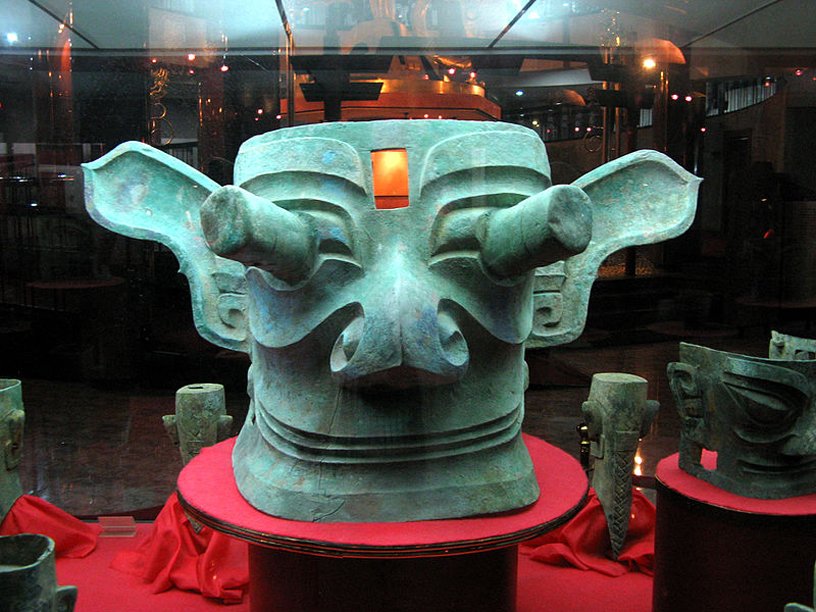 In 1929, a Chinese peasant was digging a ditch. Suddenly, his shovel turned a layer of earth with jade figures. It was luck, there were many figures. Most of them went into private collections, and of course, archaeologists became more active. The area was studied for a long time, but there were no more finds.

However, in 1986 there was a sensational event. Workers at a local brick factory accidentally discovered two huge pits filled with artifacts made from various materials – clay, jade, bronze, gold – about 1,000 pieces. 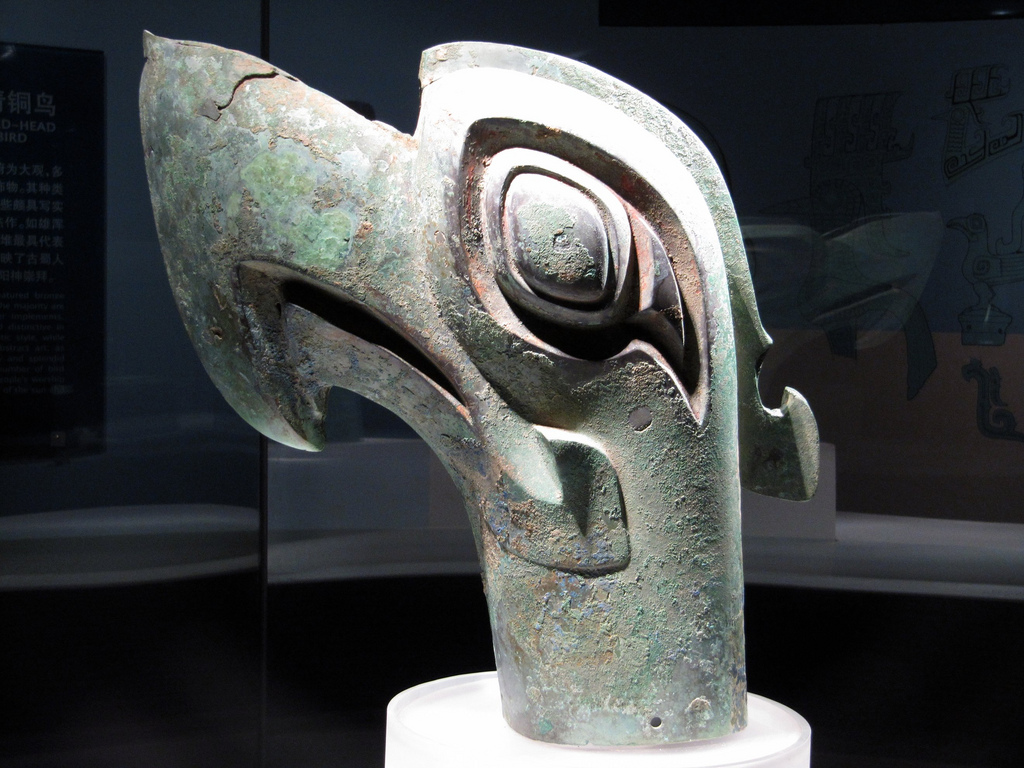 Archaeologists began an intensive search around, and at the end, there was a lucky strike. Just thirty meters from the first, a second cache was found.

The artistic style in which bronze, ivory and gold objects were made was completely unknown to connoisseurs of ancient Chinese art. 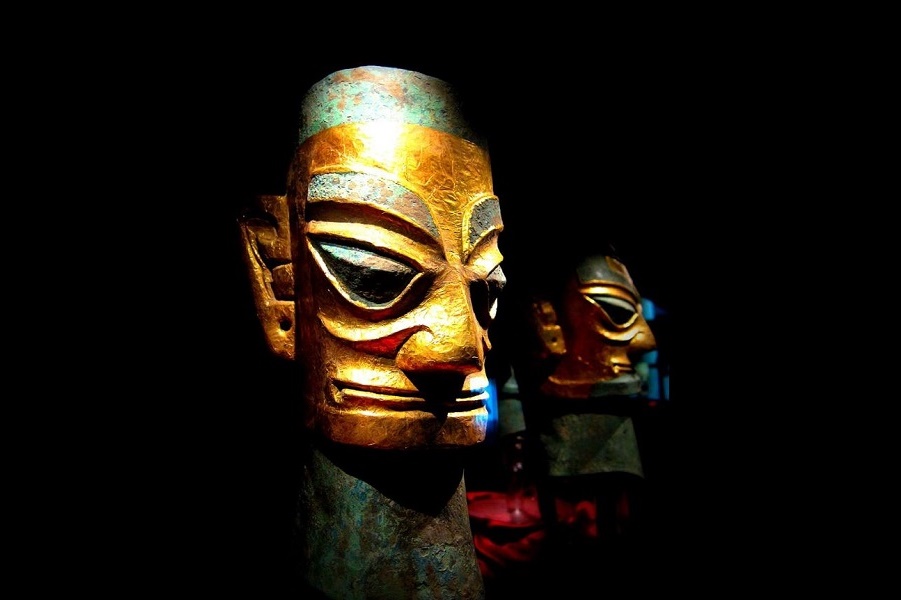 The contents of the caches turned out to be so unusual that from that moment, the name of the carried out locality was forever inscribed in the history of Chinese archeology.

The artistic style of these works has struck the whole world.

There were gold masks, axes and jade knives, many shells … and mysterious bronze heads with large slanting eyes and sharp ears. 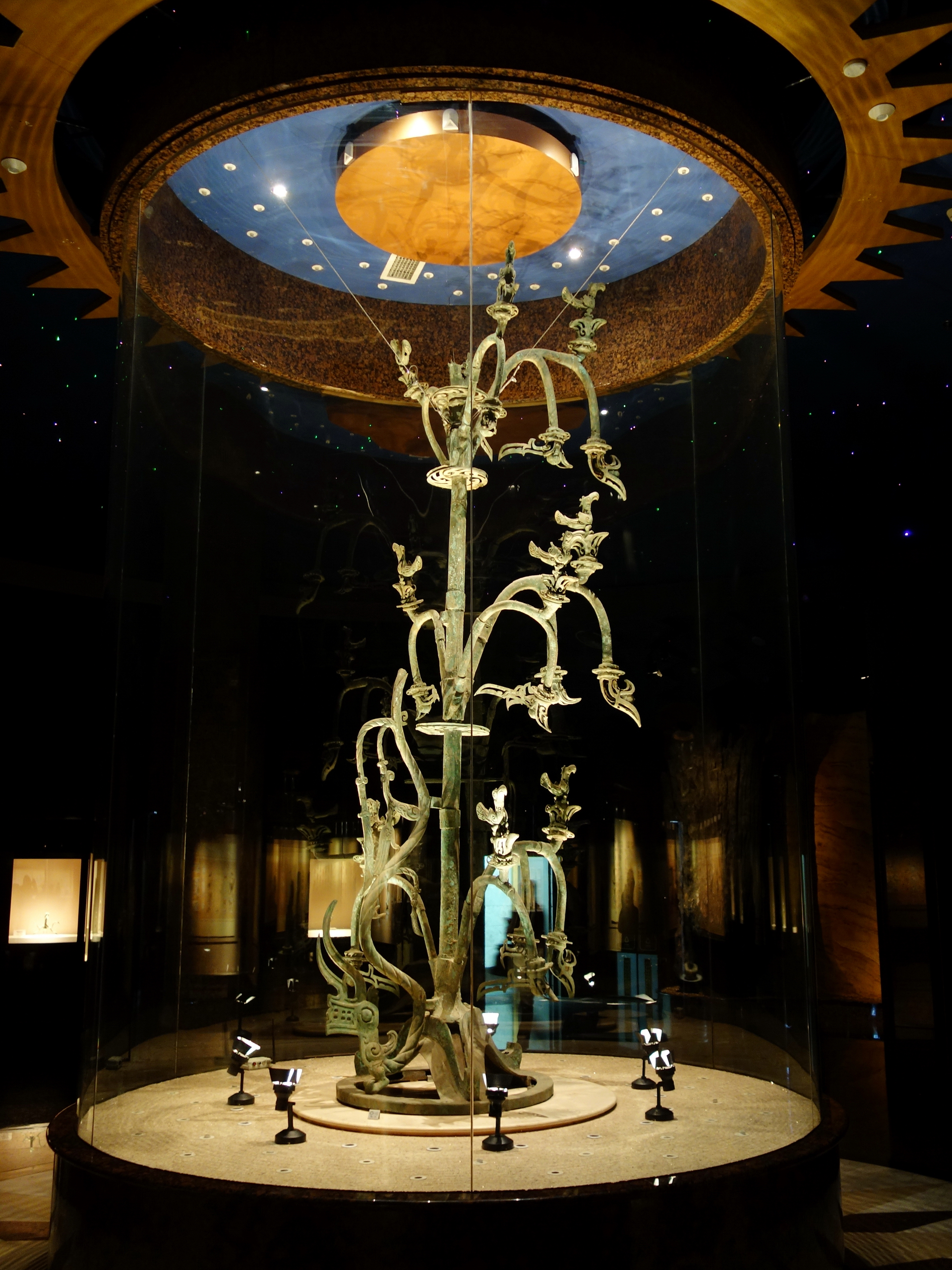 Especially a lot of them were cast bronze products, and the manufacturing technology was amazing. For large objects, the ancient metallurgists used stronger alloys, for this, lead was added to the amalgam of copper and tin, at that time they already knew such subtleties.

Among the large artifacts there is a 4 m high tree and the largest bronze statue in the world, the height of which together with a pedestal is 2.62 m. The statue weighs 180 kg and has an unusual tiara on its head.

The carbon analysis which was carried out, allowed us to determine their age – it ranged from 3 to 5 thousand years. 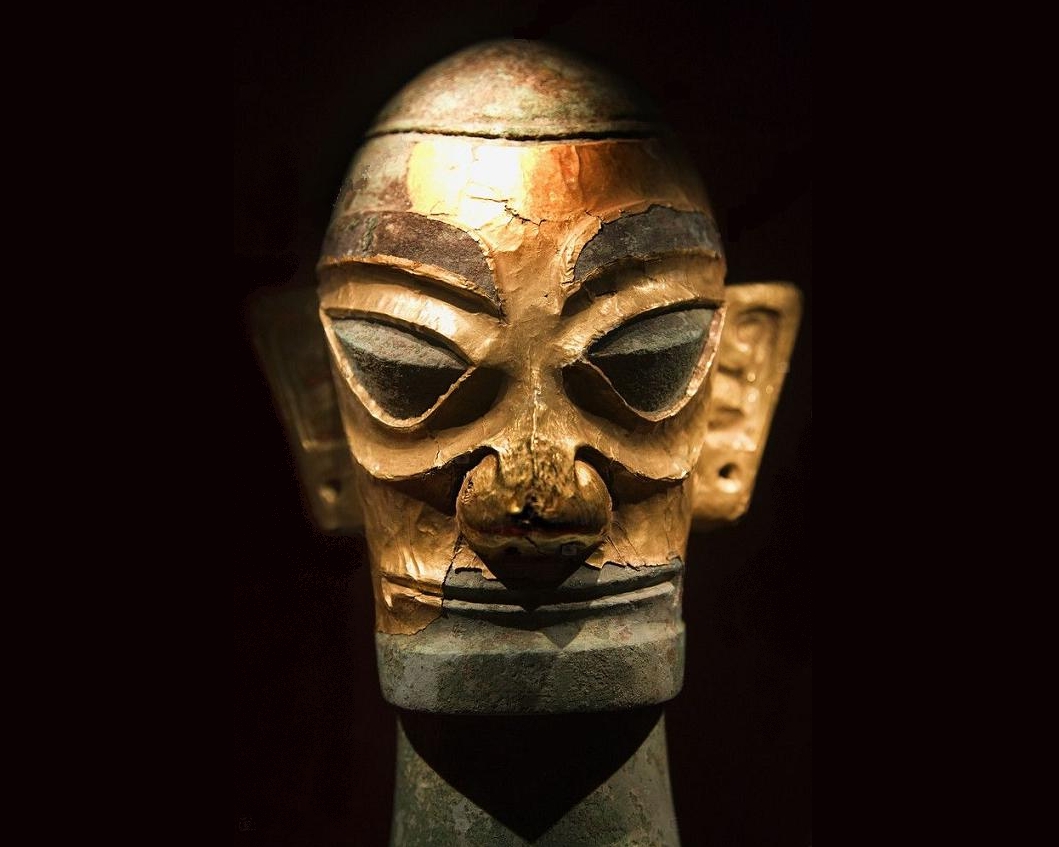 What is Sanxingdui? Now that archaeologists have been working in these places for many years, it is clear that people lived in Sanxingdui long before Qin Shi Huang established the first imperial dynasty and created the famous terracotta army, and even before the era of the Battle of the Kings.

The settlement appeared here at the end of the Neolithic (the earliest finds date back to about 2800 BC) and continued to exist during the Early Bronze Age.

It reached its heyday in 2100-1400 BC, which corresponds to the so-called “kingdom of Shang-Yin” in traditional Chinese historiography, located in the Yellow River basin, that is, northwest of Sichuan, where Sanxingdui is located. 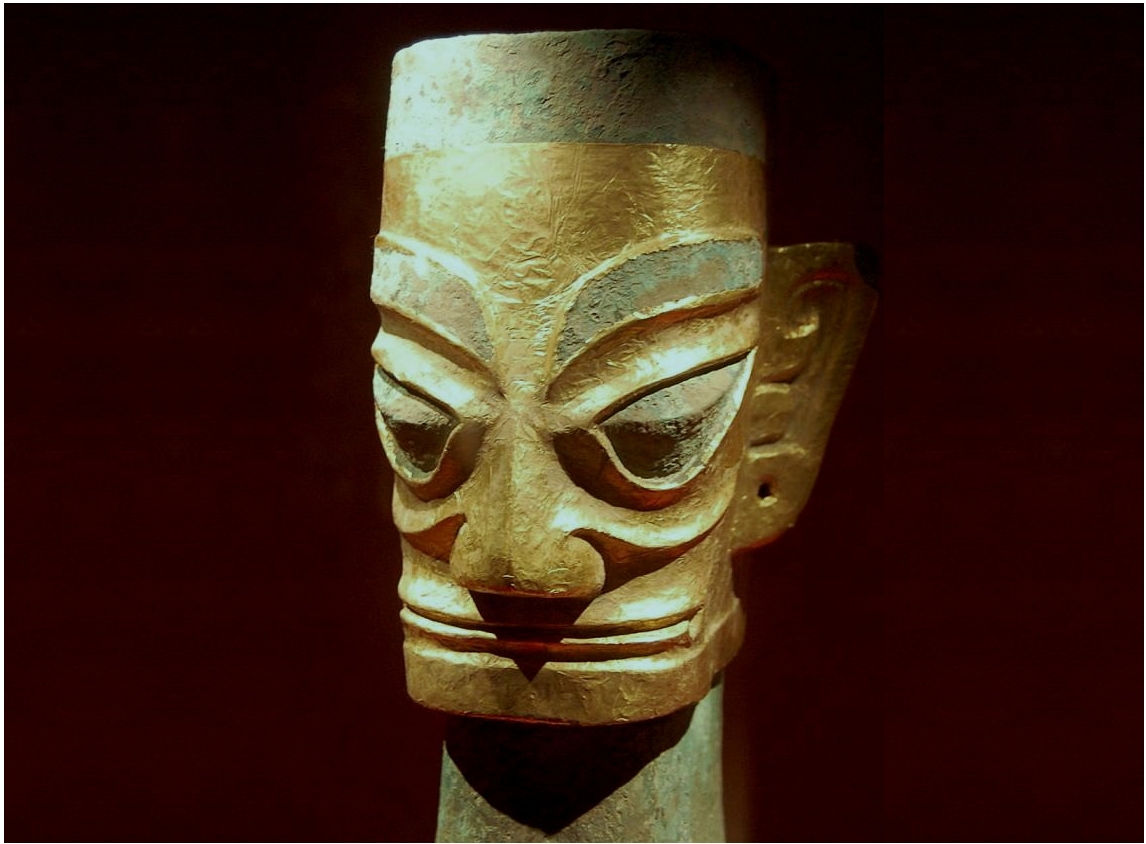 In 1992, the Sanxingdui Museum was opened, where you can see all these artifacts. 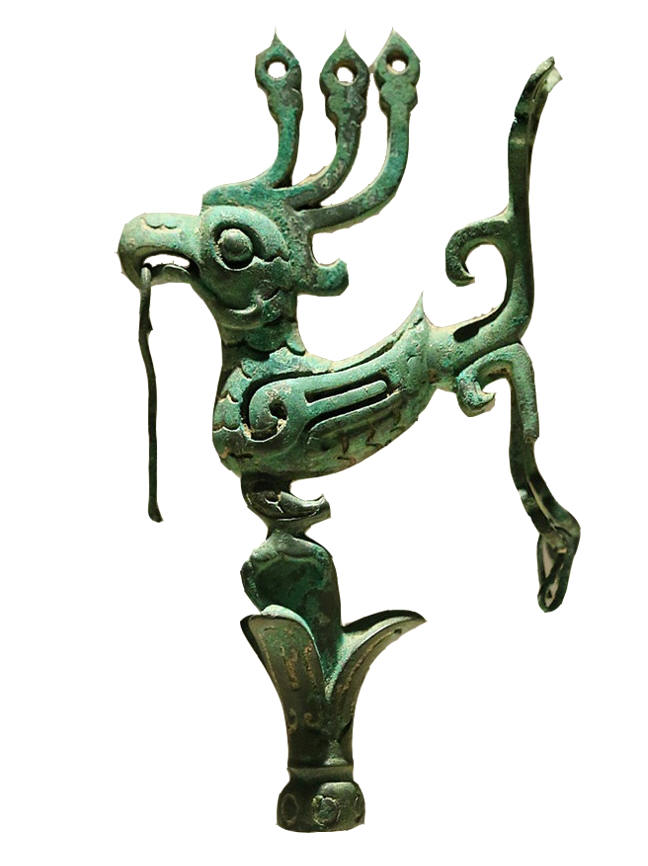 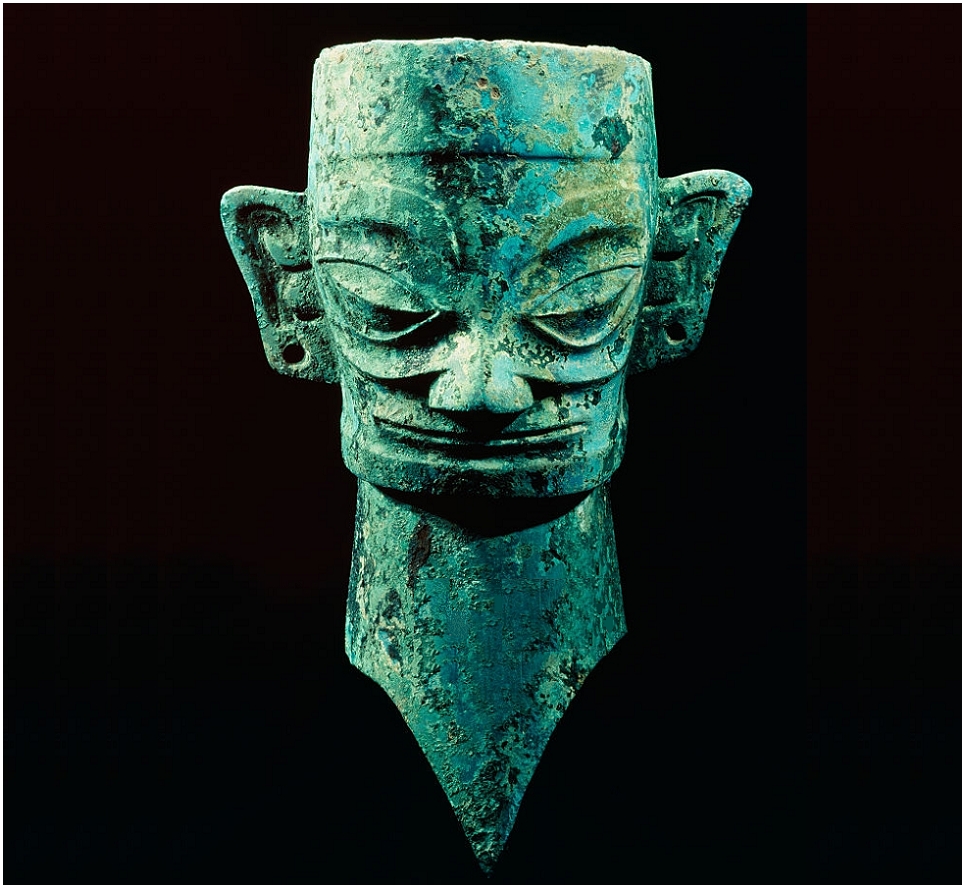 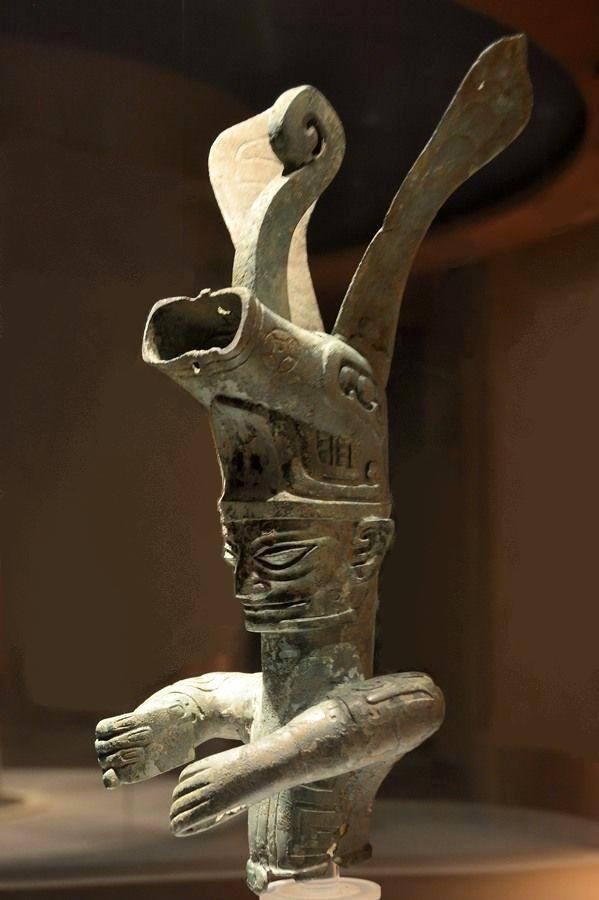 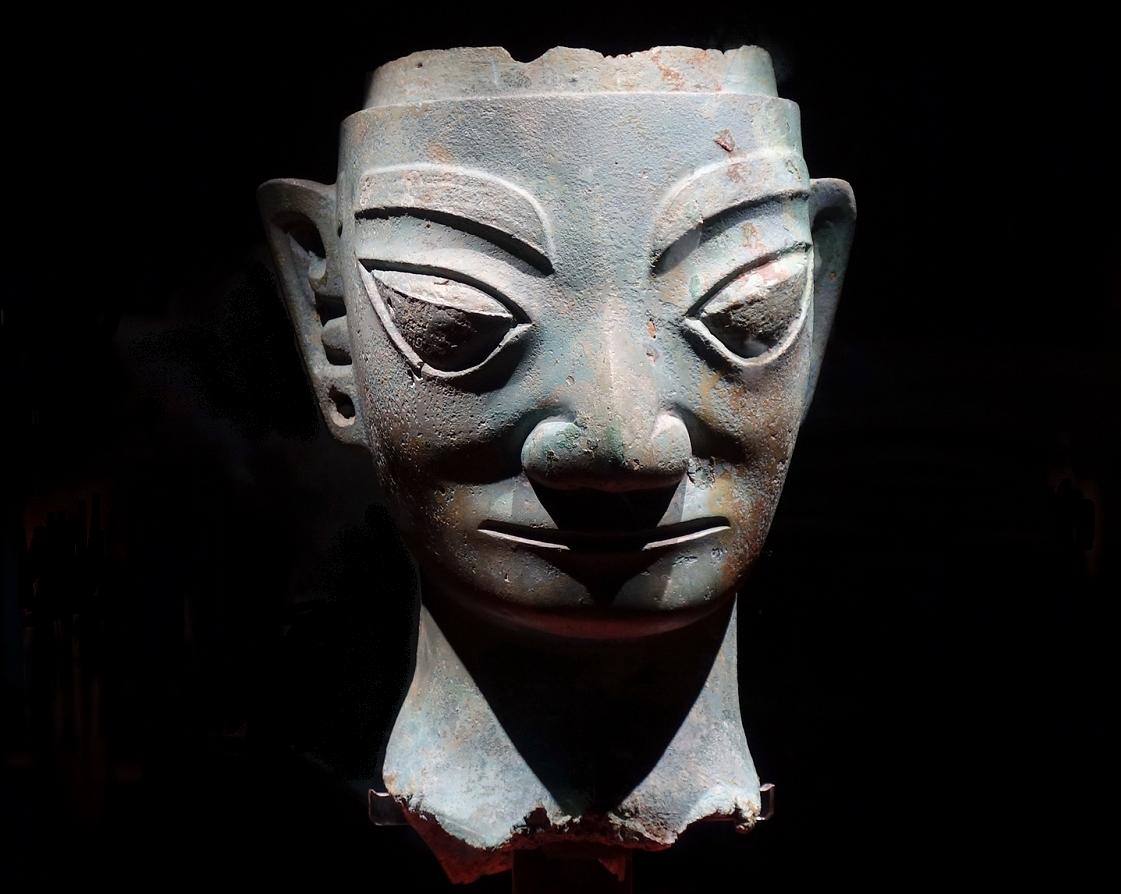 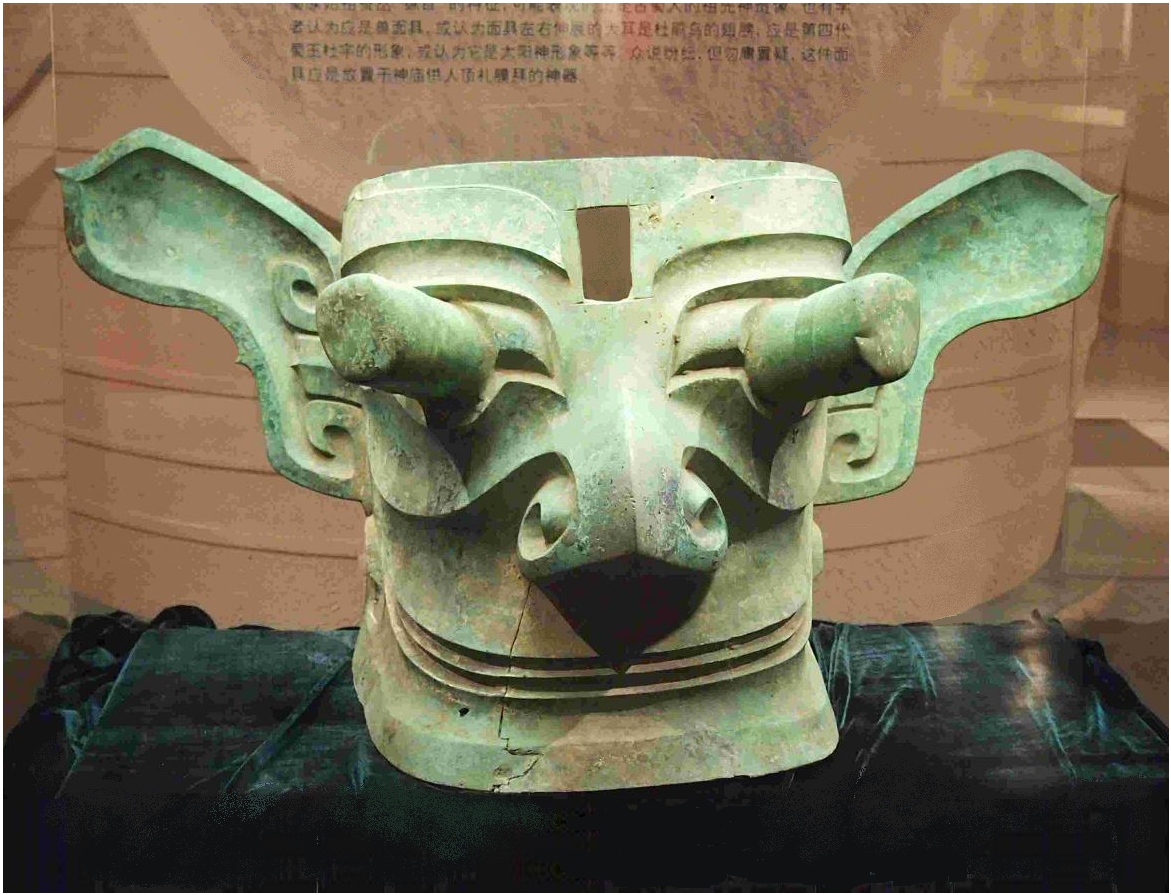 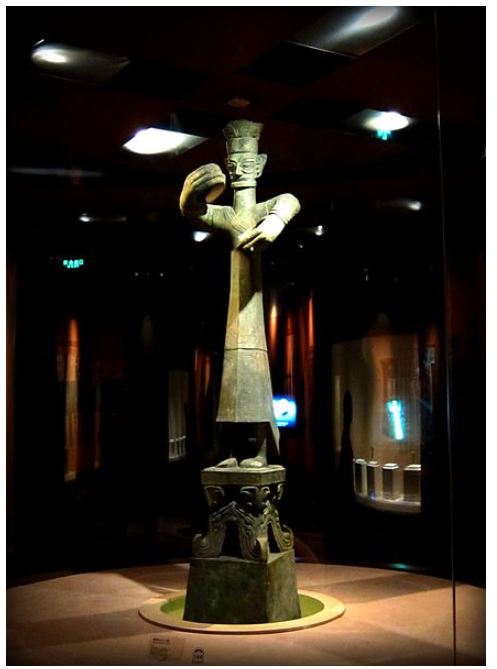 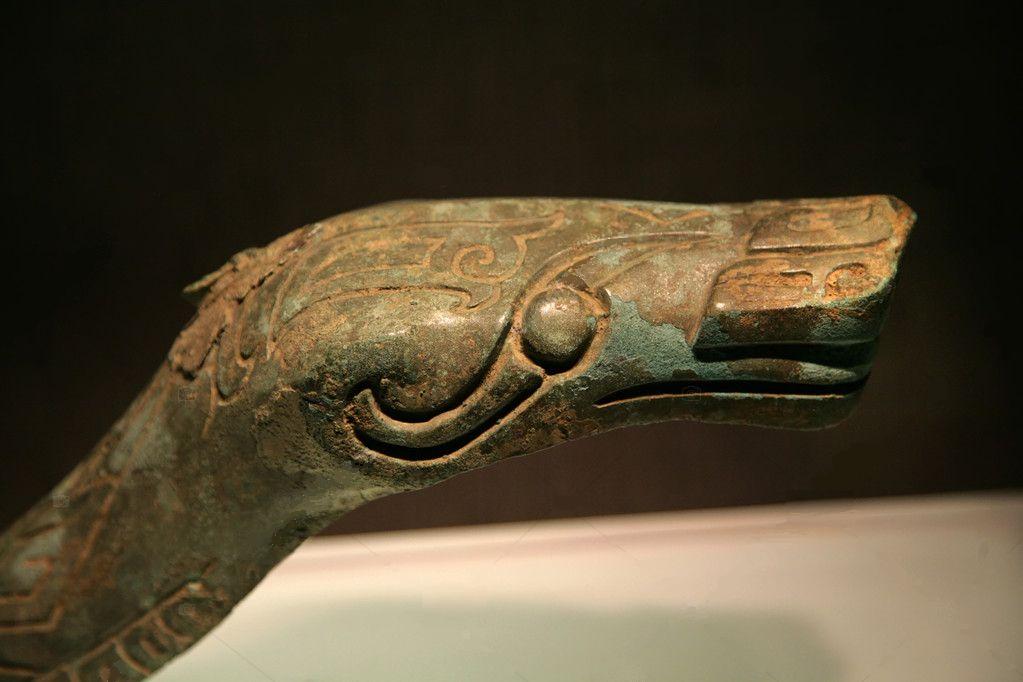 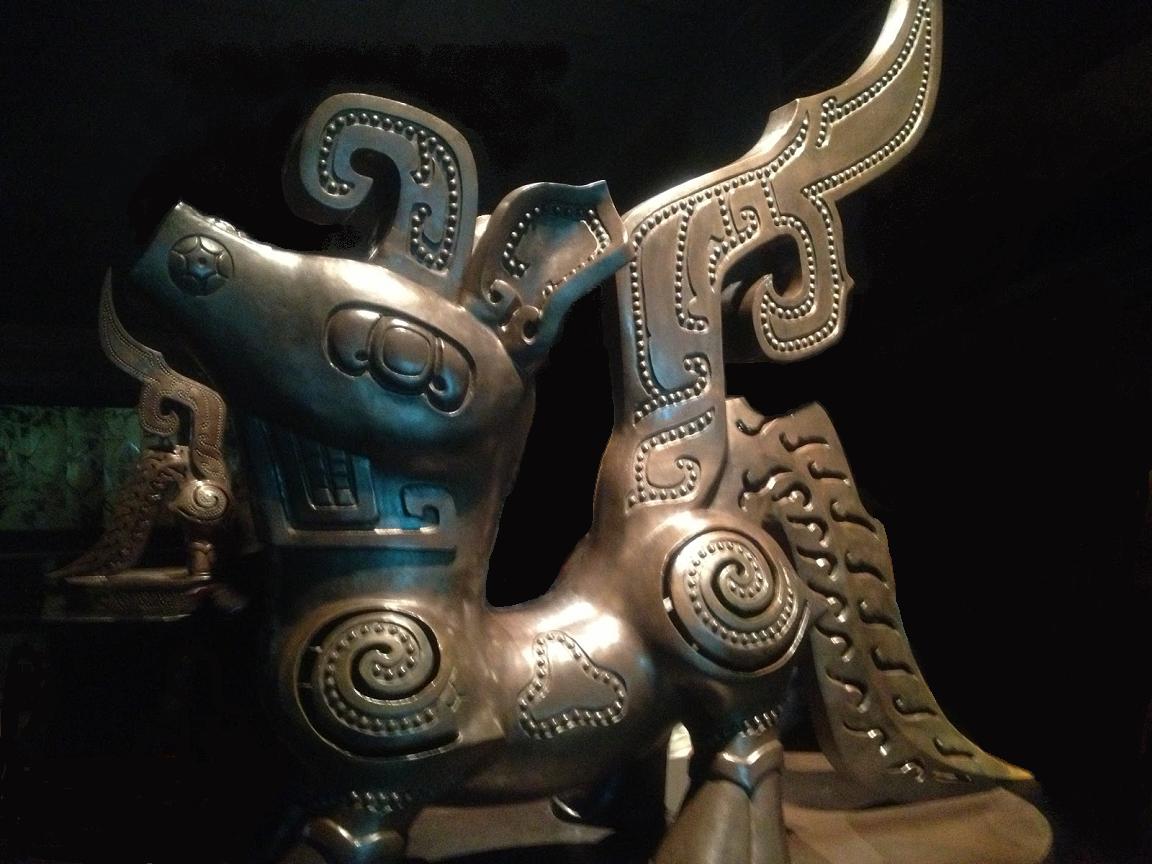 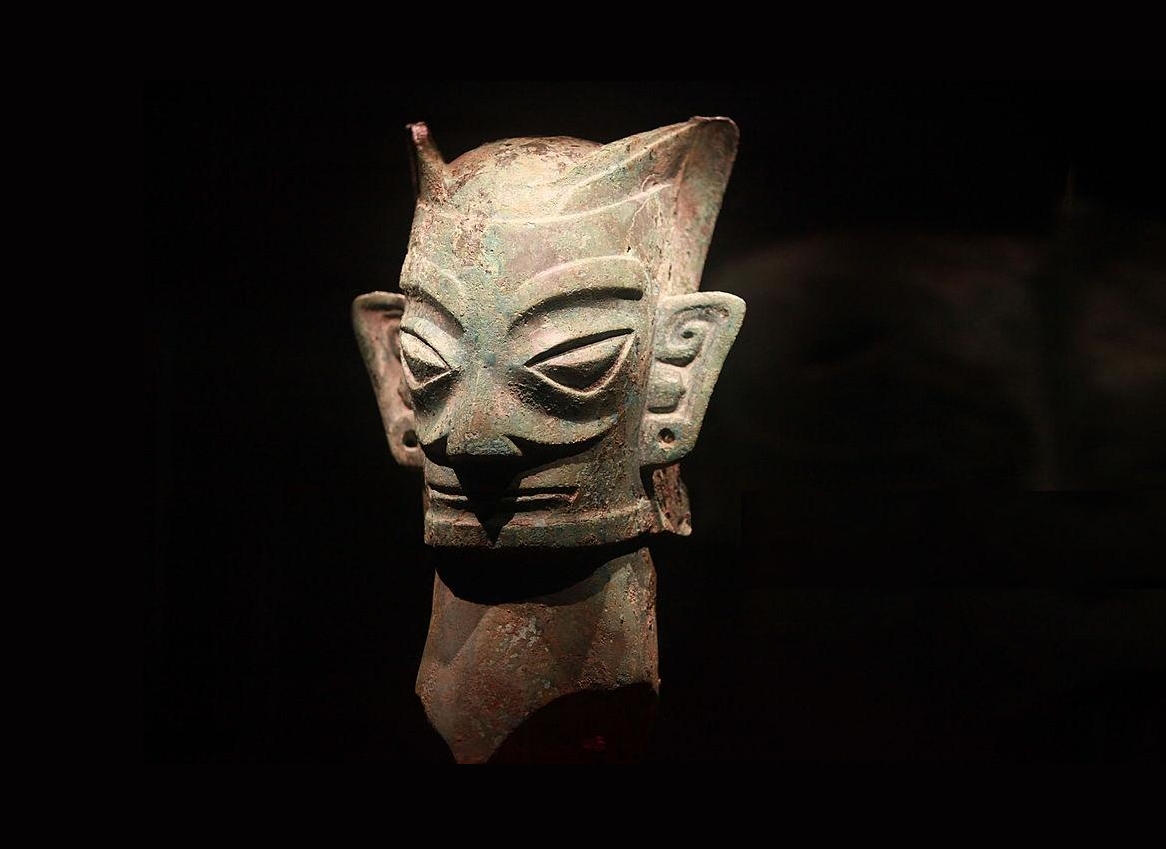 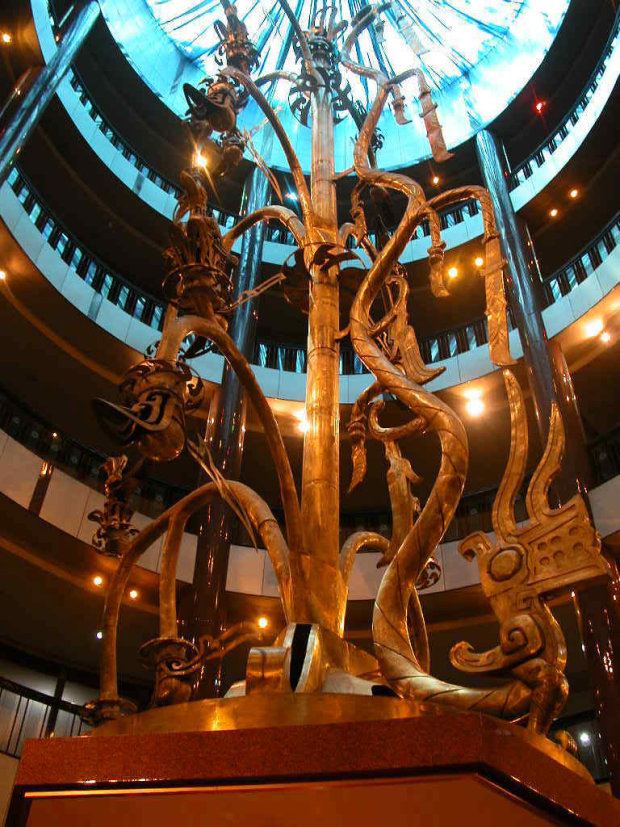 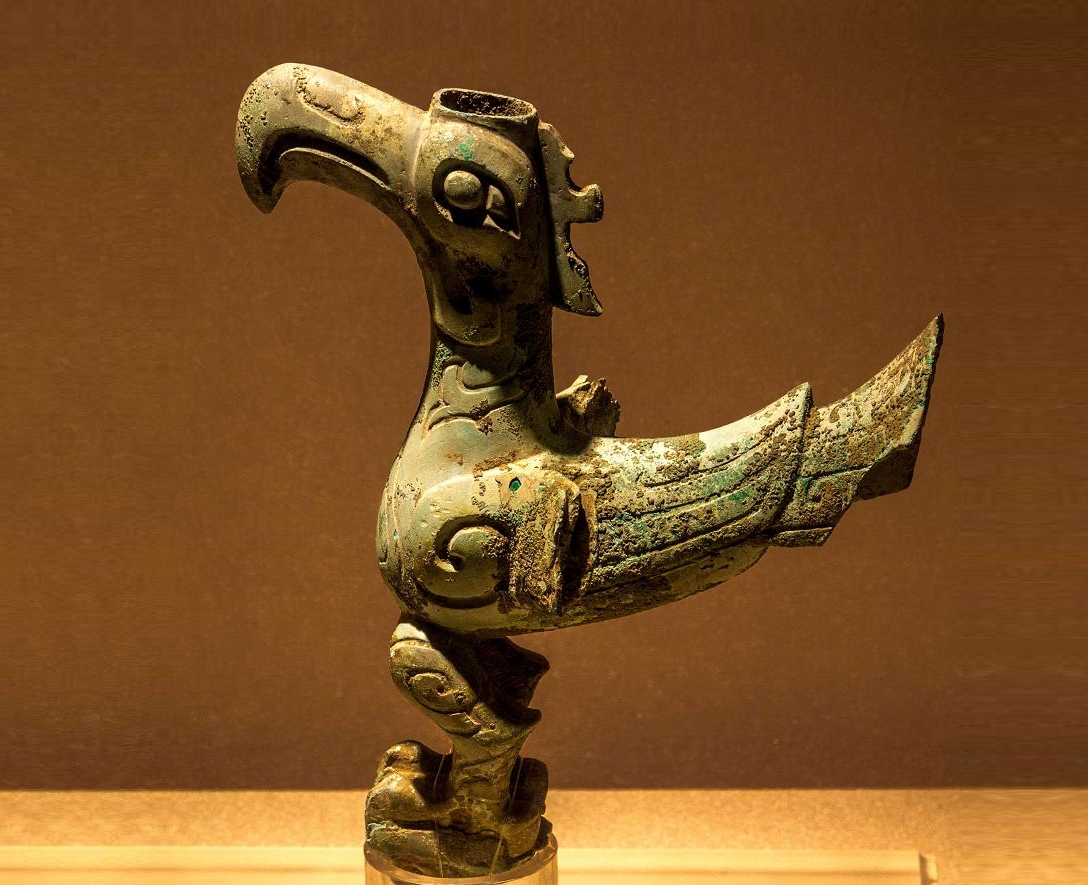 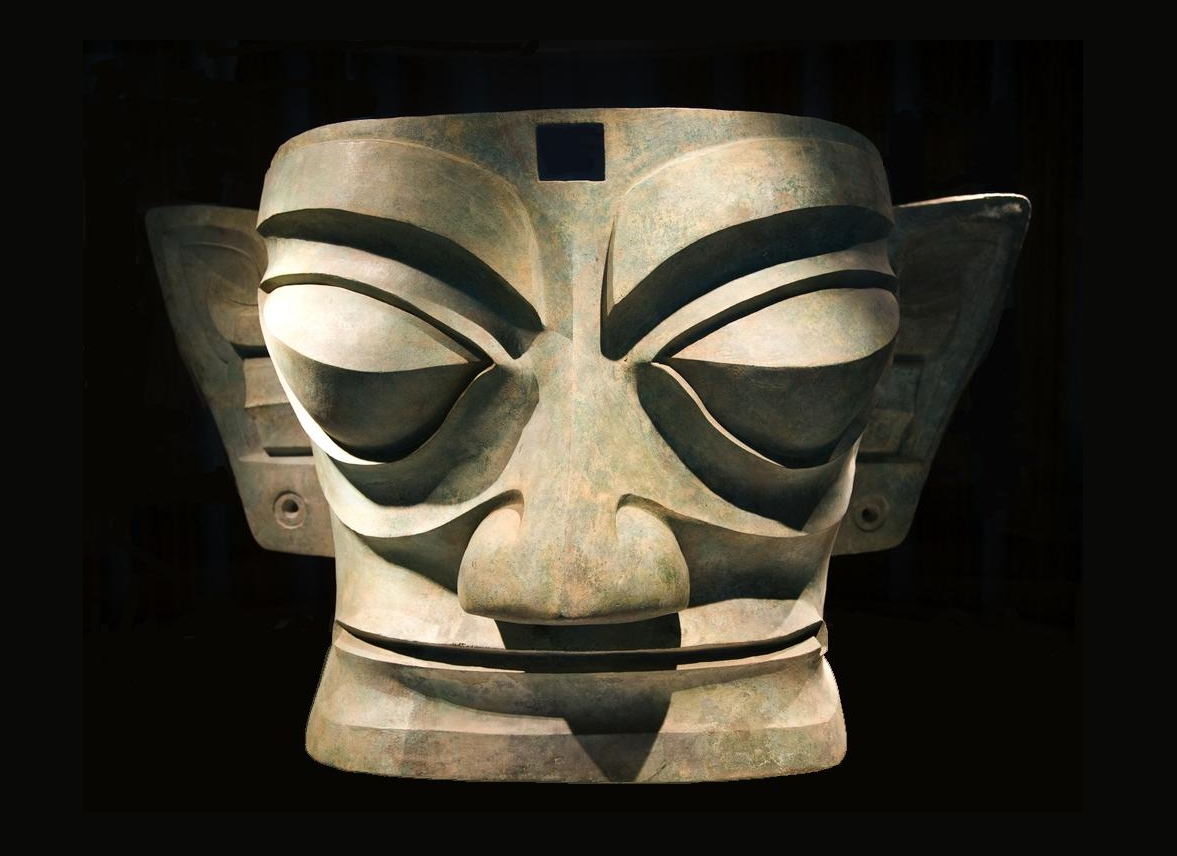 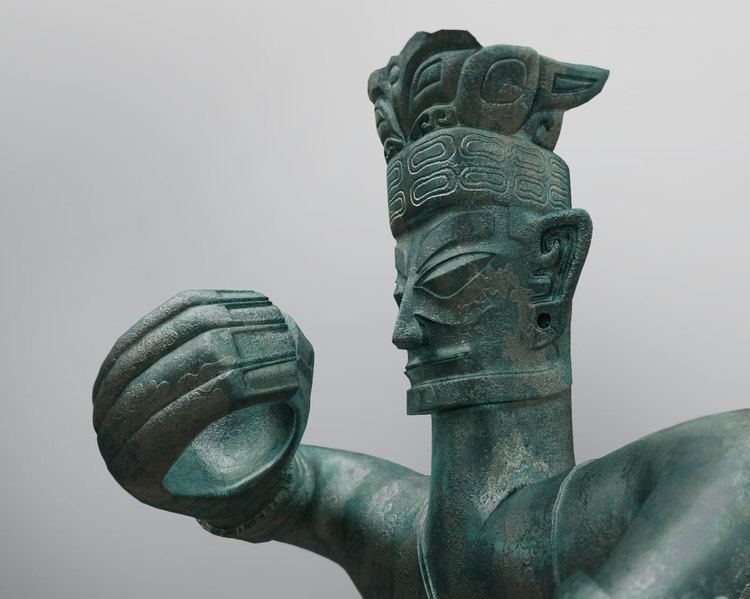 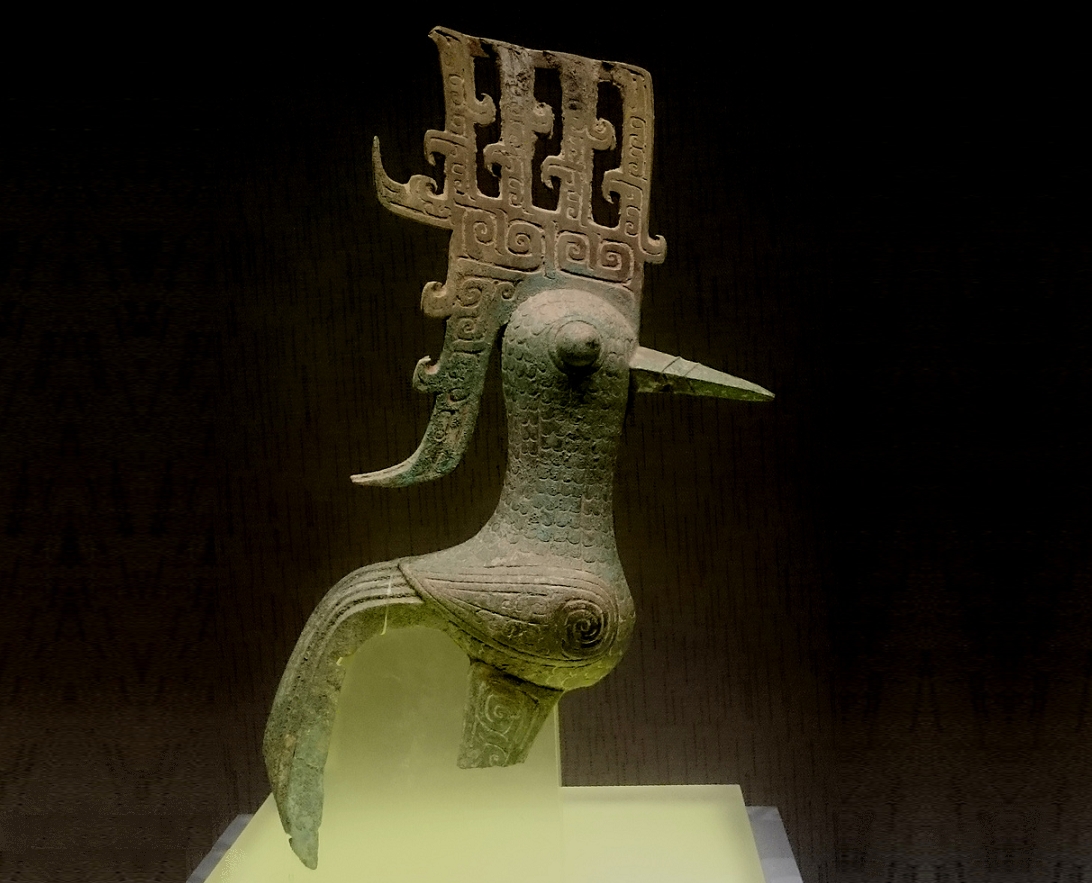 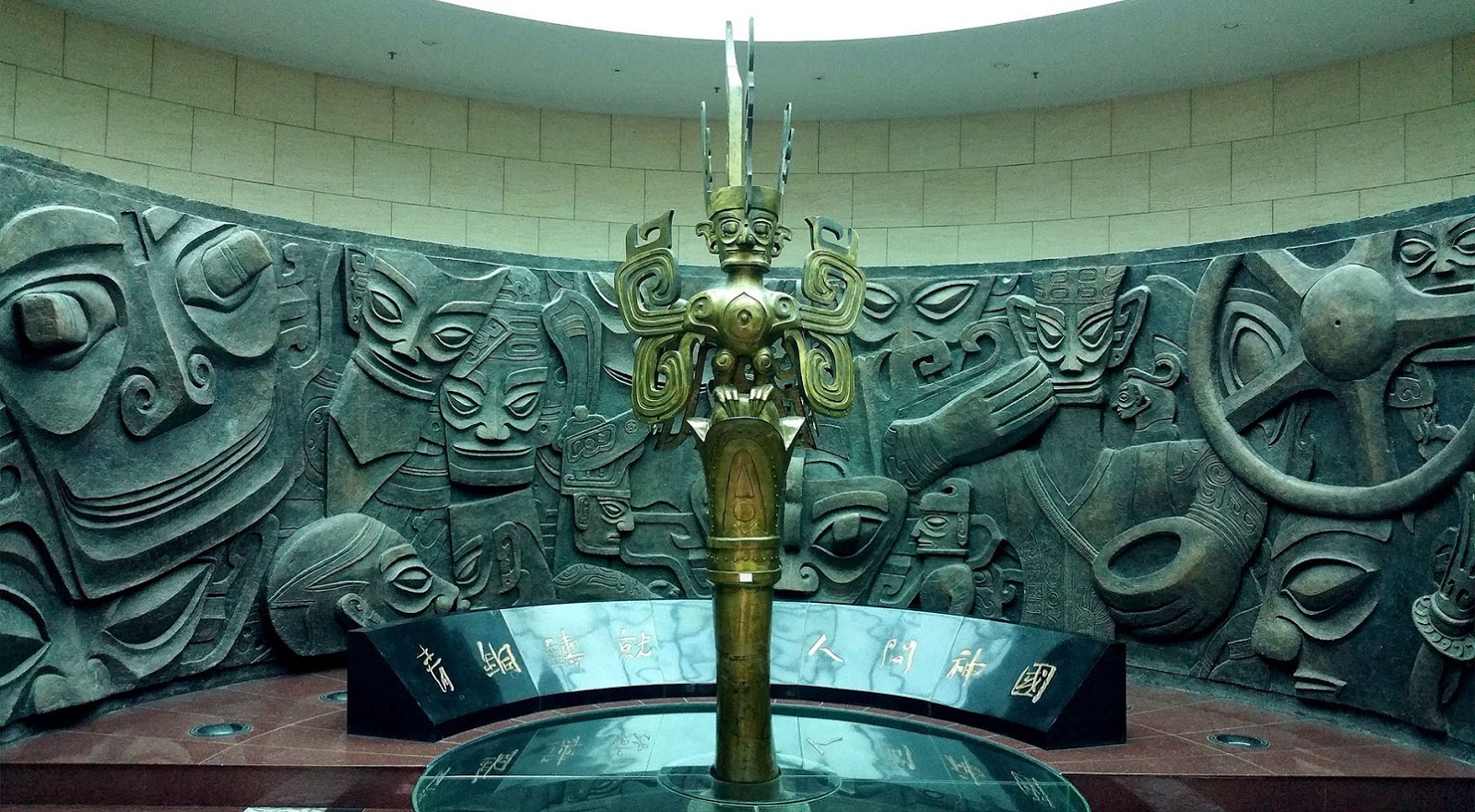