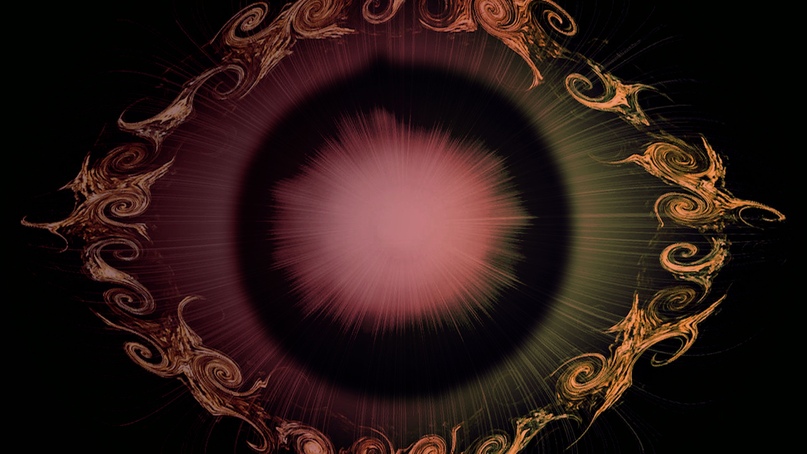 In the Ancient East, for more than two thousand years, there are expensive and rare mirrors, which are called magic to this day. Not for nothing, because the bronze from which they are made can become completely transparent. In China they were called “light-transmitting mirrors”, and in the West – simply “magic mirrors”. These artifacts are still a mystery to scientists around the world.

For more than ten centuries, this rare artifact from China has puzzled all researchers. This mirror is made of bronze, which has been carefully polished. On the back there is a molded pattern.

The polished surface looks completely normal and can be used like a regular mirror. But when a bright light hits the surface of the mirror and it is reflected and projected onto the surface, then the pattern decorating the back side mysteriously appears in the projected reflection.

It looks as if a solid bronze mirror suddenly became completely transparent. The Chinese name for these mirrors literally means “light transmitting mirrors.” In the rest of the world, they are called differently: “translucent mirrors” or “magic mirrors”.

The mystery of these mysterious ancient artifacts has plagued scientists since the 19th century. It took researchers a century before they figured out the technology for making these mirrors. Even in the homeland of these historical wonders, the technique of their production was considered lost.

The secret was solved thanks to the ancient Chinese manuscript “Records of Ancient Mirrors”. Subsequently, the book was irretrievably lost. Now in the world there is only one master who owns the art of making these magic mirrors – this is Yamamoto Akihisa from Japan.

Master Akihisa learned about this mysterious art from his father. In their family, these secrets were passed down from generation to generation. Despite this, many of the manufacturing nuances were lost. I had to experimentally find out various details.

At the end, it is all polished and coated with a special mercury alloy. As a result of all these actions, bulges and bends invisible to the eye remain on a smooth mirror surface. They faithfully reproduce the pattern of the reverse side.

For many years, various researchers have tried to recreate the “magic mirror”. For this, the materials were subjected to pressure and high temperatures. Nothing worked. All this only spoiled the mirror, and the desired effect did not appear.

Scientists have written dozens of books and scientific articles on the topic of studying these artifacts. Back in the 11th century, a Chinese scientist, Shen Gua, in his book “Reflections on the Lake of Dreams” wrote the following about this: if a bright ray of sunlight hits, then all these inscriptions become clearly visible and readable. “

The reflection of sunlight occurs on the uneven surface of the mirror as follows: convex parts scatter light, and concave ones collect it. As a result, the “magic mirror” effect is formed.

Science knows cases when such a mirror had one pattern on its reverse side, and reflected a completely different one! Scientists assume in this case that the front side of the mirror is polished, and then a certain pattern is etched on it with acid, and then polished again. It becomes quite obvious that there are a lot of recipes for making such items. Most likely, each master discovered and kept his secrets, which are now lost.

The bronze, from which the famous mirrors are made, was invented by the Chinese more than four thousand years ago! The oldest “magic mirror” found by archaeologists is more than one and a half thousand years old. The fact that it was unheard of in those days, a rarity and luxury is clear from the fact that such objects were found during excavations of the tombs of very noble nobles and emperors.

Mirrors ceased to be a rarity in the Middle Ages, during the reign of the Ming dynasty. Most of the discovered artifacts belong to these times.

Over the past century and a half, many researchers and scientists have puzzled over the mystery of the “magic mirror”. Methods for producing the artifact that would have been equal to ancient craftsmanship have never been discovered. World science offers the following options:

1. When casting, those parts that are thinner cool faster and the surface is deformed. Only it is very difficult to achieve this effect: only two or three mirrors out of a hundred can reproduce a magical effect.
2. A pattern is engraved on the mirror, then it is filled with bronze of a different kind and polished.
3. Drawing is done on the front side, and then covered with a special alloy of mercury and polished.
4. The patterns on the mirror are etched with acid, then polished.
5. The pattern is cut on the back of the mirror, resulting in bumps in the front.
6. The front side patterns are stamped onto the surface and then polished.

It is believed that it all works, but so far no one has been able to reproduce it. “Magic mirrors” were also made in Japan. There they were called makkyo. It is there that the last master who owns this art lives.

With all the variety of these artifacts, there is one detail that makes them all in common: a convex pattern element in the center. It becomes clear that this element must carry a certain function. Presumably in order to install and fix the mirror in the required place. Crazy assumption: is it really an ancient disk storage medium?

In fact, there is a lot in common. After all, the discs also have a certain pattern on the back. Information there is written in the form of spiral tracks, depressions that are squeezed out. These paths absorb light, and the base reflects it.

Information is read from the disc media using a laser beam. Interestingly, someone tried to illuminate the “magic mirror” with a laser? For sure. It is believed that in ancient times they used the technology of steam generation, which made it possible to create real volumetric holographic images. While these are all theories, perhaps in the future, scientists will still be able to unravel the mystery of “magic mirrors”.

In this article:China, magic mirrors