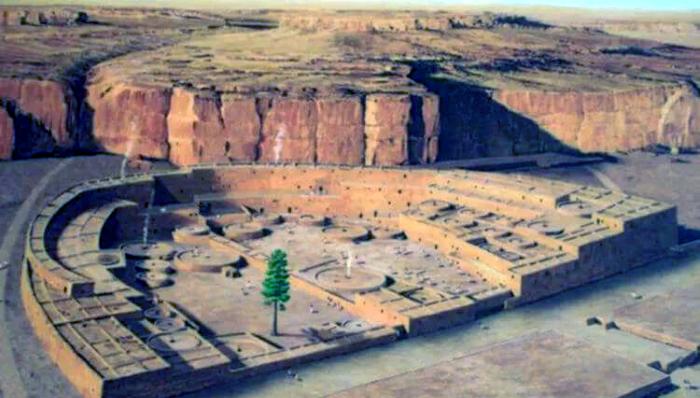 In the XII century BC, when the pharaohs and kings ruled the world, representatives of the Indian Anasazi culture lived on the territory of the American states of Colorado, Utah, Arizona and New Mexico.

They are known for having built the huge city of Pueblo Bonito, on the main square of which a 6-meter pine tree grew. Since there were no other trees growing near the settlement, it was believed that the giant pine tree was sacred to the Anasazi people and was used for religious purposes . However, this assumption was recently rejected because American scientists found that the tree originally grew in a completely different place.

The Tree of Life in the USA

About how scientists managed to dispel myths about the “tree of life” of the city of Pueblo Bonito, was described in the scientific journal ScienceAlert. A settlement of 8,000 square meters, consisting of more than 650 rooms, was first discovered in 1849 by Lieutenant of the American Army, James Simpson. The initial excavations were carried out from 1896 to 1900, during which archaeologists found rooms and other parts of the city. The remains of a tall tree of the species Oregon pine ( Pinus ponderosa ), which was given the name “tree of life”, were found only in 1924.

A pine tree was found under the topsoil, and scientists were surprised that the tree survived well even after several hundred years. The leader of the expedition, Neil Judd, shared that the tree had huge roots, so in those days, scientists were sure that the tree originally grew in its place. However, then the researchers came to the conclusion that they deal only with parts of the roots, and not with the entire root system. In addition, at the time of discovery, the tree lay on the ground, so it could be assumed that it had no sacred status and the ancient inhabitants of Pueblo Bonito dragged it from a completely different place.

This assumption was proved after scientists studied the tree rings inside the trunk and found evidence that the tree grew in the Chuska massif. It is located about 80 kilometers from Pueblo Bonito, so researchers can not even imagine how the ancient people managed to move a huge pine tree to such a great distance. Most likely, representatives of the ancient culture did not cut down the tree, but it fell by itself. It could be assumed that the trunk was subsequently dragged, but nearby archaeologists did not find any such traces. Also, they do not know in what position the tree was placed inside the city – it could stand like a pillar or lay along with other logs intended for construction.

Be that as it may, at the moment the myth of the sacredness of the tree inside the city of Pueblo Bonito can be considered dispelled. But not only the tree, but also the settlement itself was shrouded in riddles. The fact is that people in it clearly did not live on a permanent basis, because on the earth no objects were found that representatives of the Indian Anasazi culture used daily. It turns out that people visited this place only on special occasions and temporarily lived in hundreds of small “houses”, some of which were multi-levelled. Most likely, during mass gatherings, people shared sacred knowledge and performed rituals.

In general, the city of Pueblo Bonito can be called as important a historical site as Stonehenge in the UK. But it was not preserved as well as it could, because it was built in a very dangerous place. Near the building was a 30-meter rock, part of which weighed more than 30 thousand tons and for many centuries risked collapse. That is why it was known as “threatening rock.” Ultimately, the collapse occurred in 1941 and a rock damaged one of the great walls of the city and some dwellings.

In general, on our planet there are a huge number of historical objects surrounded by secrets. For example, on the island of Easter located in the southeastern Pacific Ocean, there are more than 800 huge statues called moai. Locals still believe that they contain the supernatural power of their ancestors. But recently, scientists have found that they were used by ancient people for other purposes.

In this article:Anasazi, Pueblo Bonito 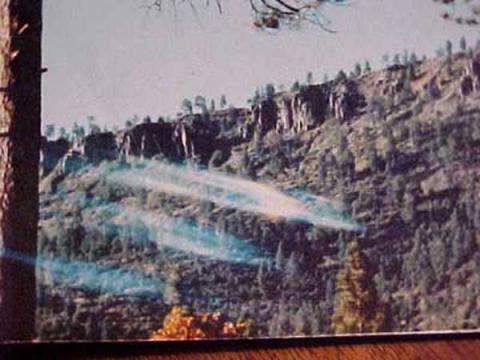 The Haunted Legacy of the Archuletta Mesa

Lying in a mountainous region of northern New Mexico near the infamous town of Dulce is a wondrous geological formation known as Archuletta Mesa....