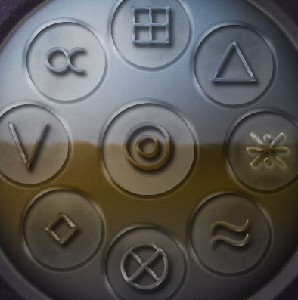 Can you decipher the meaning behind the enigmatic metal discs of Isverna Cave?

If so, it’s hard to say what you might discover.

There is a place in the Mehedinti Mountains not unknown to some treasure hunters.

Ask the local Romanians about the visitors to this mountainous area, and they might tell you about people from Romania and other countries camping in the area and saying they are here to see the natural beauty.

Some really are just nature lovers who hike the mountains or pull out scuba gear to try the sport of cave diving. However, there are also visitors with metal detectors and other equipment that comes out when they take their hikes of the valley or trips underground.

I’ve been lucky to hear a variety of tales of exploration and treasure while living and working in a number of countries around the world.

One of the many stories that intrigues me is this cavern in the Mehedinti Mountains (pronounced “Meh-heh-DEENTS”) of southwestern Romania. It is located in an area called Oltenia and is about 70 miles west of a city in which I used to work called Craiova.

Isverna Cave, or Peştera Isverna, is a water-filled underground system that is perhaps best recognized as a speleological reserve. It is visited by hundreds of divers from around the world every year as well as treasure hunters.

The first known exploration was in the early 20th century by C.N. Ionescu. This was followed by a series of explorers including a group called “Living Fire” that remapped the area and discovered new galleries in 1979.

A few years later, the 400-meter Black Siphon was discovered.

A siphon is a portion of a cave passage that is underwater. Cavers have to dive through it to keep going.

The cave is so intriguing for divers that Jacques Cousteau brought a team in 1990. March 2010 saw several unusual discoveries in the cave. Purportedly, speleologists found a secluded room in which there was a unique species of birds that, presumably, had never had contact with the outside world because the access gallery is flooded.

Perhaps more intriguing is the circular objects found in the room. Supposedly, they are made of a metal heavier than lead, and the area where the discs are located is much colder than the rest of the cave.

The approximately 1-meter discs have strange yet simple and clearly-designed signs. Their purpose? It seems nobody knows.

The Dacian people were the ancient inhabitants of this area. Their domain included modern Romania and Moldova as well as parts of Serbia, Bulgaria, Hungary, Slovakia, Poland, and Ukraine. Celts, Greeks, Goths, and Romans came and went. The Roman occupation’s influence can be seen today in, among other things, Latin’s significant portion of the Romanian language along with Dacian and Slavic influences.

The Ottoman Empire stretched across the Balkans at one time, and Habsburg Austria and the Austro-Hungarian Empire held the lands later. Eventually, however, Romania gained independence in the 19th century.

Romania tried to remain neutral during both world wars but was, eventually, drawn in with disastrous results.

Following Nazi occupation, World War II ended with Soviet influence over the country. The next step was Nicolae Ceauşescu’s brand of communism and, after the 1989 Revolution, various changes resulting in the challenges of creating a more open country and member of the European Union.

Since 1241, the Roma have been in the country as well and have had a major impact on the culture and music of Romania. Formerly called “Gypsies,”  this term was rejected as prejudicial (antiziganistic.) With all of these different people and cultures in the area for many thousands of years, who might have left the mysterious discs, and anything else, in Isverna Cave?  Plus, what else might be in some unexplored area of the cave?

There are hypotheses and wild guesses, but nobody knows for sure.

Perhaps the stories are true that Maria Theresa, the only female ruler of the mighty Habsburg dominions, had amassed a treasure of silver during her reign in the 1700s that she hid in the cave.

Another idea is that this cave hides a treasure that was hidden by one of two Serbian princes fighting for power in the nineteenth century.

One of these brothers was Prince Milan Obrenovic, prince of Serbia and later King Milan I. For some unknown reason, purportedly, he crossed the Danube River with many horses or carts filled with treasure from Serbia: jewelry, diamonds, and pearls.

Supposedly, four rooms were created in a nearby cave and the workers placed all of these treasures there.  Because Isverna Cave matches this description, some think it might be there.

There is cryptic talk that to find this treasure, you need to find the “square stone, the sheaf of wheat, and the snake.”

However, considering the many thousands of years of habitation of the area by an assortment of cultures, it’s possible to let your mind wander beyond the political intrigues of monarchs a few hundred years ago.

Perhaps a treasure or piece of knowledge of the Dacians, Greeks, Romans, Turks, Roma….who knows? What is the purpose of the symbols that are on those heavy discs hidden in the cave? So, another treasure tale by the fire to keep us entertained on a cold winter’s night.

What’s the real story about Isverna?

Like most treasure talk, it’s hard to say, but I guess it’s that same unknown that has drawn searchers to follow clues, spend months looking at maps, and tramp over untold miles on the chance that they will be the ones to find something. After all, treasures are still discovered even today, so they might be the people to find another one.

Or, on the other hand, the locals near Peştera Isverna might shrug, tilt their heads toward the latest batch of visitors, and say those treasure hunters are just acting like “oameni nebuni”: “crazy people.”