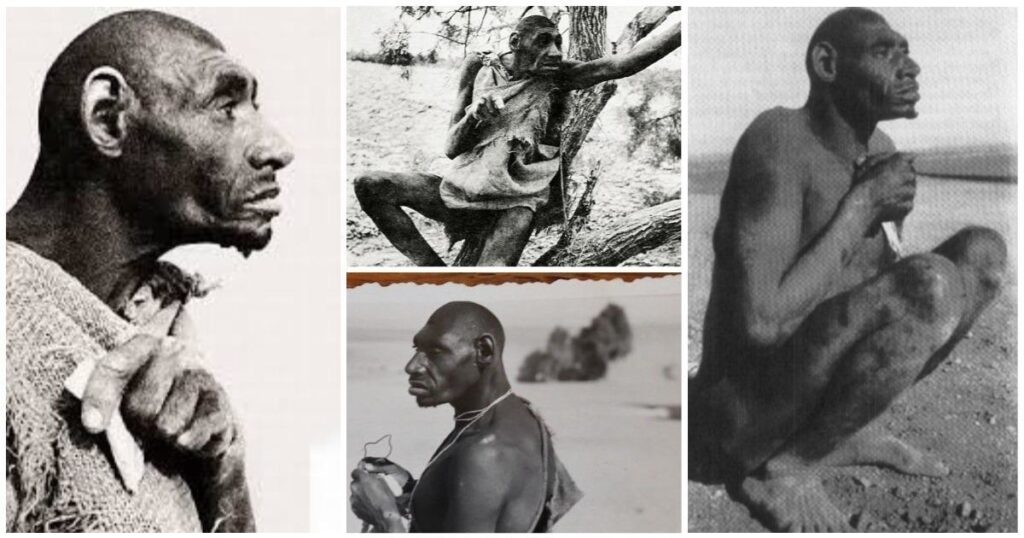 For years, scientists have been looking for the missing link in human evolution, the “connection” between humans and their ape-like ancestors, according to evolutionary theory.

Scientists ran to look at new evidence of the existence of the Yeti and the Bigfoot, just to catch this very connection. But there was one person in the history of science who excited scientists’ minds for many years.

In 1931, a man named Azzo Bassou was discovered by the local press in Marrakech in Morocco.

Azzo Bassou lived in the Dades Valley, near the town of Skoura.

The locals knew about him. According to them, he lived in a cave, ate raw meat. He walked naked (they put him in a bag just to take pictures) and used very basic tools.

They also described him as a person with low intellectual abilities in a primitive way.

He had the ability to pronounce some words, but many of them were illegible.

His forehead was sunken, there was a convex jaw, a large nose and long arms that reached almost to the knees.

In 1956, the French writer Jean Boulet, accompanied by ethnologist Marcel Gomet, arrived in the city to find out and study this case.

Scientists who saw him compared his skull with the remains of Neanderthals found and were amazed at their similarity.

The tabloids immediately dubbed him “the missing link”, portraying him as the last living Neanderthal.

In the midst of his research, Azzo died at the age of 60. True, there were two of his alleged sisters with similar facial features – Hisa and Herkaya.

Both women did very hard physical work with ease and were as wild as their alleged relative.

After careful study, scientists concluded that most likely these three were sick with microcephaly.

Microcephaly is a significant decrease in the size of the skull and, accordingly, the brain with normal sizes of other parts of the body. Microcephaly is accompanied by mental impairment – from not pronounced imbecility to idiocy.

In this article:last Neanderthal, microcephaly