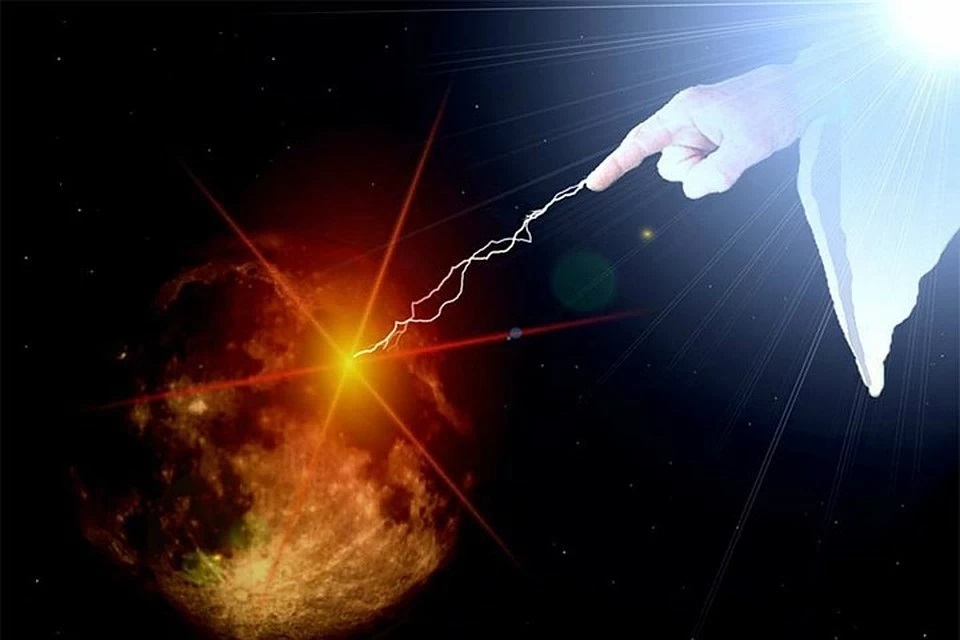 The origin of life is accompanied by vortices that begin to “rage” in the egg. The phenomenon, which was observed by American scientists from Northwestern University, fascinates, awakens religious thoughts, and even looks mystical. They observed flashes of light that accompanied the fusion of the egg and sperm. Just the same “spark of life.”

“In a whirlwind of events” – this seemingly exclusively allegorical expression found a direct biological meaning. Scientists at the Massachusetts Institute of Technology (MIT), led by Nikta Fakhri, have recorded the mysterious wave processes that accompany the fertilization of an egg – that is, conception. Specifically, vortices were discovered and even photographed, which cascades propagation along its surface. The phenomenon was reported by the ScienceAlert portal, citing a scientific publication in the Nature journal.

Fakhri and his colleagues investigated a mysterious phenomenon, when observing under a microscope the fertilization of eggs of starfish, whose proteins were tinted with luminous substances. They made it possible to visualize the vortices that passed through the cell membranes within a few minutes after fertilization.

Scientists understood the essence of the process, but did not fully understand its meaning. It was only assumed that vortices are turbulence waves, scientifically expressed, somehow direct cell division in a certain way. They send billions of proteins to specific addresses – places in which certain organs are formed.

“Without these wave-creating proteins, there would be no cell division,” the scientist says.

Researchers believe that they discovered a certain fundamental natural phenomenon that is characteristic of living and non-living matter, micro and macrocosm. For some reason everything swirls in vortices – from galaxies to cyclones and hurricanes in the atmosphere of the Earth and other planets. From the electric fields in the heart and brain to, as it turned out, the proteins in the egg.

Another natural wonder: a fertilized egg begins to glow

The phenomenon, which was observed by American scientists from Northwestern University, fascinates, arouses religious thoughts, and even looks mystical. They observed flashes of light that accompanied the fusion of the egg and sperm. Just the same “spark of life.”

Many scientists can’t believe that the process of the birth of a new life has a divine beginning and sparks are something sent from above. And the most surprising: the more intense the glow, the better the result of fertilization, that is, the transformation of an egg into a full and healthy embryo.

According to them, the intrauterine light has, and by no means a mystical explanation ..

At least the experimenters figured out its nature. And they claim that the spark is created by zinc atoms that the fertilized egg produce. They are waves following one after another with short breaks.

The human body emits rays in the visible range

Amazing experiments were conducted at the University of Kyoto (Kyoto University) and the Institute of Technology, Tohoku (Tohoku Institute of Technology). Researchers put topless people in a completely dark room – for about 20 minutes. At this time, the volunteers were filmed by a high-sensitivity camera, capable of capturing even individual photons. Filming was repeated every three hours from 10 a.m. to 10 p.m.

The processing of the obtained images showed: the human body glows in the visible range. That is, emits photons. This radiance is very ghostly and weak – a thousand times less intense than the human eye can catch. But it is real.

Moreover, the researchers found that the strength of the human glow varies with the time of the day.

Most clearly people emit light at 4 pm, – Hitoshi Okamura said, one of the experimenters from Kyoto University. – Then the intensity drops, but still remains higher than the morning.

The face, eyes and the region in the area of ​​the thyroid gland shine most strongly. Each square centimeter emits about three thousand photons.

Photos of the glow are very similar to the pictures that are obtained when a person is filmed in the invisible infrared – thermal – range. But the researchers emphasize:

There is nothing in common in each case. Different colors – from blue to red – different intensities of the glow of the visible range. Blue ones correspond to a smaller one, red ones correspond to a larger one. They show the number of photons emitted from a square centimeter of the body and not how these places are heated.

There is no exact understanding of the processes that cause the body to glow. According to one hypothesis, it is provoked by chemical – oxidative – reactions in which the so-called free radicals are involved. But it is possible that the nature of “living” radiation is much more complex and not so primitive. It may somehow connected with the brain, since the rays mainly come from the head.

Some people, even though the intensity of the glow is very weak, are still able to perceive it. For example, psychics. It is also possible that some people become sources of very powerful photon radiation.

In this article:sacrament of conception, spark of life