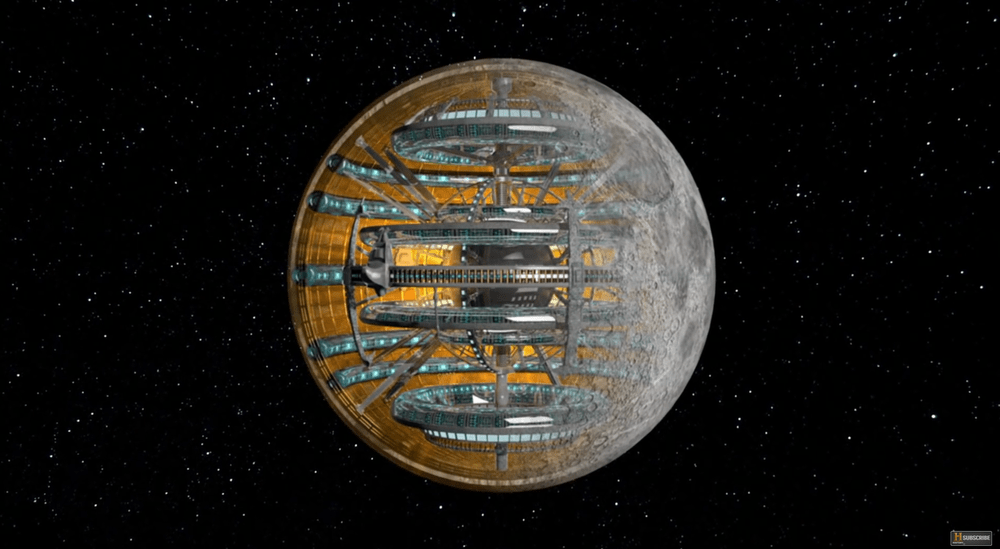 Over the years, it has been observed that the Earth’s moon satellite has some strange features and people always argue if the Moon is an artificial object.

The moon is the fifth-largest natural satellite of the solar system, and the official theory says that it was formed from the collision of a young Earth with a very large celestial body, the size of Mars.

Below are the most basic theses, according to which the Moon is an artificial object, probably created by aliens. In fact, there are a lot of such theses, but our goal is to fit into a capacious article, where all the main things will be put into shelves without extra water.

One of the very first anomalies seen by astronomers behind the moon is that it moves in the wrong orbit for its size and current estimated density.

Also, according to astronomers, inside the moon has a lower density than outside, which leads to the assumption that there are large voids inside the moon.

Some even claimed that when large meteorites fall on the moon, it makes a sound similar to a rumble of a bell, which also goes in favor of the theory of the presence of voids inside the moon.

On the moon, seismic surface vibrations, the so-called moonquakes, were repeatedly recorded. Their maximum power reached 5.5 points on the Richter scale. This is not much for the Earth, but for the Moon – considered a “dead” object without volcanic activity, this is an anomaly.

It is officially believed that moonquakes are mainly caused by the tidal action of the Earth and, to a lesser extent, by the stress of the lunar surface and falling meteorites.

Another oddity of the moon is craters. First of all, there are an incredible amount and they can be very large. But not one of them penetrated deep into the bowels of the moon as if there was hidden under the stones extremely hard metal plating.

All these meteorites left behind only very shallow craters. Even a huge meteorite, which left behind a crater with a diameter of 300 km (Baia crater), penetrated the moon only 4 km.

Some craters are recognized to have arisen due to volcanic activity, but there is no evidence that the moon was even once so hot as to create volcanic eruptions. None of the currently observed moonquakes can leave such craters.

The moon is the only natural satellite in the solar system with an almost perfectly circular orbit.

Well, the most obvious thesis. How can it naturally coincide in such a way that the Moon during the eclipses of the tuft in the tuft covers the Sun?

In addition, the Moon regularly changed color throughout the entire history of observations. And this is difficult to explain with fogs, changes in the Earth’s atmosphere or something else, since different colors were visible not only visually, but also through telescopes.

Even in photographs from moon rovers, you can see not only the familiar gray surface but also richly brown. Although such images are much smaller than gray.

The Soviet scientists Vasin and Shcherbakov were the first to express the theory of the alien moon ship back in the 1960s. In their opinion, a certain civilization created the moon from a planetoid, hollowing it out from the inside and strengthening it with metal frames.

In addition to all of the above, the strange glow regularly observed on the Moon, fixed UFO flights and other anomalies that are always discarded by scientists as fakes speak in favor of this version.

Advertisement. Scroll to continue reading.
In this article:artificial object, moonquakes