There are many assumptions about the true origins of ancient Egypt and Sumer. Were the stories simply myths based on creatures with godlike abilities that came from the stars? One such creature, often unnoticed in modern times, has been called “Mistress of the Stars” and “Mistress of Heaven and Life,” revered in Nubia, Semitic West Asia, Ethiopia, and Libya. If we are looking for answers, we obviously need to look much closer.

Her name is Hathor and her followers worshiped this mother goddess from the beginning of the Egyptian religion until the end of ca. 500 BC From its mythology, it is clear that it was a godly deity worshiped like any male deity. 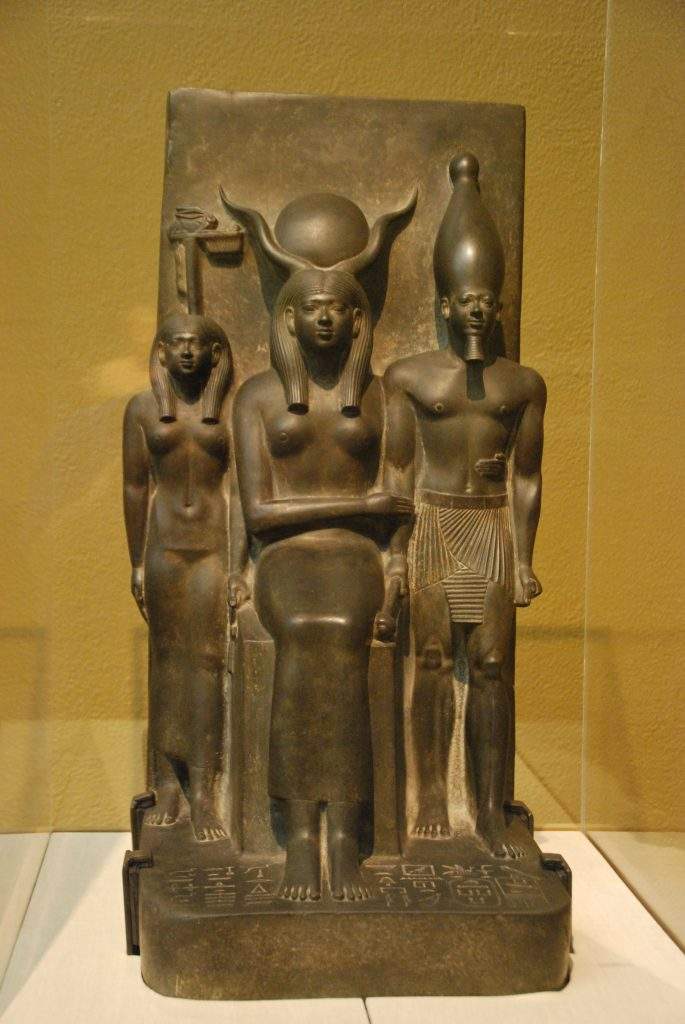 A triad statue depicting the goddess Hare Nome, the goddess Hator, and Pharaoh Mykerin. Unlike other statues, this one is basically inscribed in Pharaoh’s initiation. Originally from the Mykerin Temple in Giza, made by the engraver. Established during the 4th Dynasty, circa 2548-2530 BC. Now at the Museum of Fine Arts in Boston.

Today, more people have heard of Isis, Horus’ mother, but Hathor was the one who came first, “the goddess from whom all others came.”

Goddess of the Milky Way

Hathor was one of the only gods depicted in full face instead of profile. She often had a red body and beautifully painted eyes, but she could also be pure white. Her human face often had horns and ears, with a red disk of sun between the horns. The red solar disk later appears in Isis’s images.

A hathor can take many forms, appearing as a lion, a goose, a cat, a vulture, a cobra, or a maple tree. Her relations with other gods and goddesses are equally changing. She was married to Horan, but their relationship is curious. The name of Hathor is translated “Kingdom of Horus” with the ability to rejuvenate and revive the sun god. She is described as the wife, daughter and mother of the sun-god Ra at the same time. 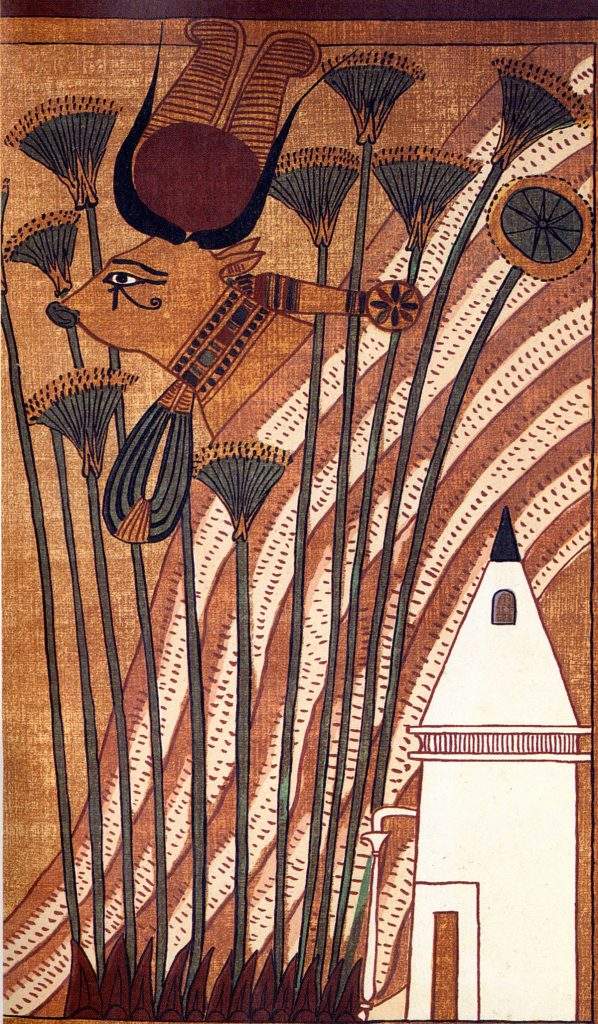 Facsimile of a sketch of the Book of the Dead by Annie. Hathor, as mistress of the West (goddess of the beyond), emerges from a hill representing the Tivan necropolis. She is depicted as a cow wearing the typical horns and sun disk, along with a necklace of menat. Her eye is depicted as the sacred Eye of Horus. There is a stylized tomb at the right bottom.

Hathor enjoyed great popularity among ordinary people as well as royalty, as the patron goddess of joy, festivities and love. She played a mysterious instrument called systrum to banish evil from the earth. What was this strange device? It looks like a gate with a cobra in the opening, or a tuning fork, or Egyptian Ankh in other cases (see below). 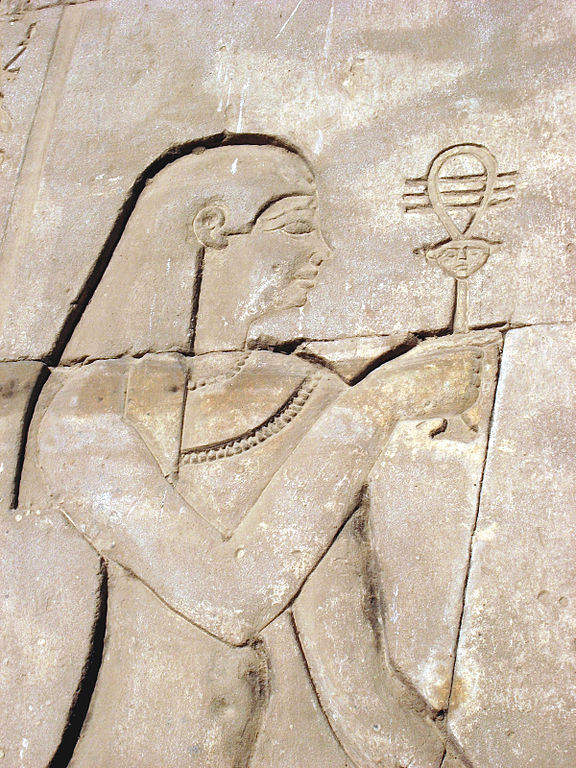 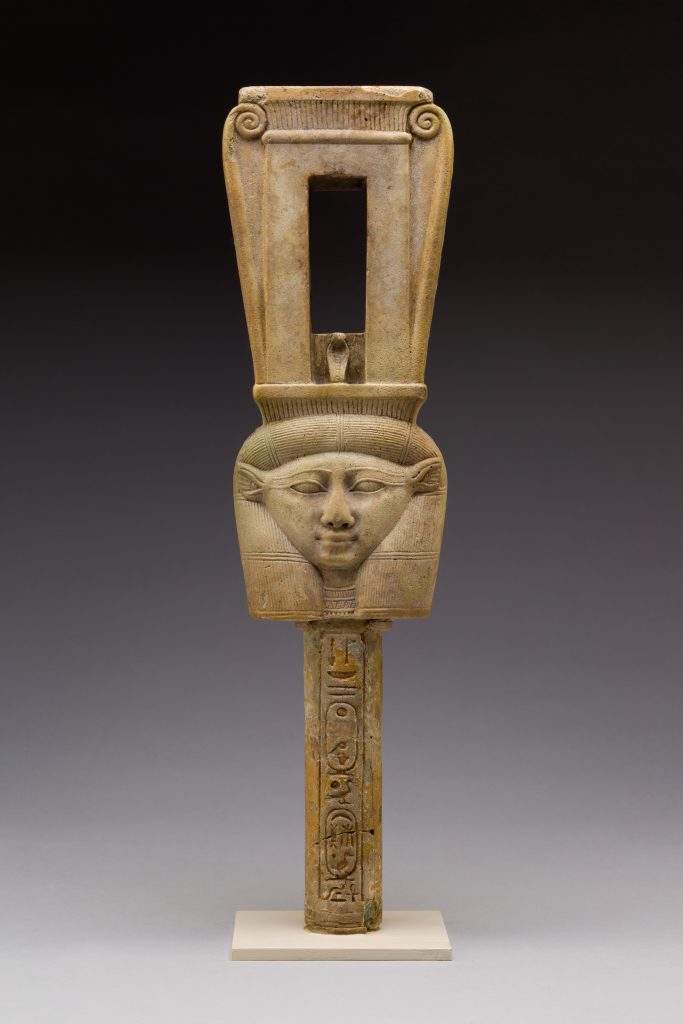 A system with the name of King Amasis

The irony of this association with joy is that Hathor began with the devastation of men. In a story very similar to the Great Flood of the Bible, God Ra is disappointed with men for forgetting him and letting Hathor destroy them, as something like her evil twin, the goddess Sekhmet. The destruction of Sekhmet is so devastating that the other gods ask Pa to stop her destructive swing.

According to the Encyclopedia of Ancient History, it was then that the goddess-mother completely changed, thanks to something that is probably the most important beer in world history.

“Ra regrets her decision and devises a plan to stop Sekhmet’s bloodlust. He orders Tenenet, the Egyptian goddess of beer, to brew a particularly strong batch and then have the beer painted red and delivered to Danadara. Shehmet, at that time, became mad with a thirst for more blood and, when she encountered a blood-red beer, quickly grabbed it and began to drink.

He gets drunk, falls asleep, and wakes up as Hathor the benevolent. Humanity is spared from destruction and its former tormentor becomes his greatest benefactor. After his transformation, Hathor gives only beautiful and invigorating gifts to the children of the earth, and is given such high status that all later goddesses of Egypt can be considered forms of Hathor.

She was the goddess’s great-grandmother, ruler of heaven, sun, moon, agriculture, fertility, east, west, moisture and birth. In addition, it was associated with joy, music, love and motherhood, dance, drunkenness and, above all, gratitude. ”

Thank the gods for that red beer! Without it, would there be humanity today? Instead of eliminating humanity, Hathor gave the survivors joy, music, art and celebration. Not only the living were grateful, so were those who went beyond.

“It was believed that the mother character of Hathor welcomed the souls of the dead and helped them on their last journey to a place called Duat. She even offered them refreshments from the shade of a maple. ” 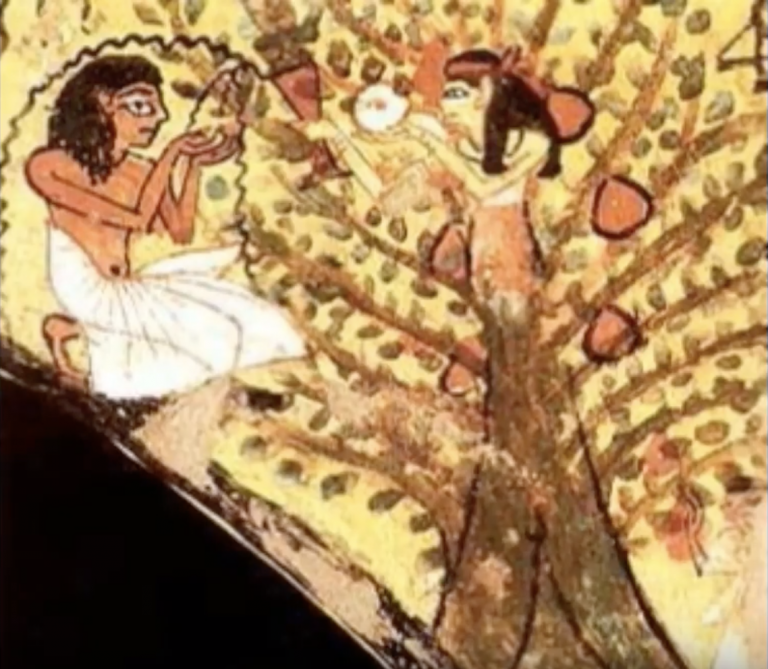 Hathor was an integral part of the New Year’s festivities, with the priests wearing her statue, laying crowns on her head and performing secret rituals, singing and playing. Today, New Year’s celebrations can be seen on the walls of the 2000-year-old Hathor Temple in Danadara near the famous light bulb. Early Christians damaged her face on sculptures in an attempt to erase her story, but failed. 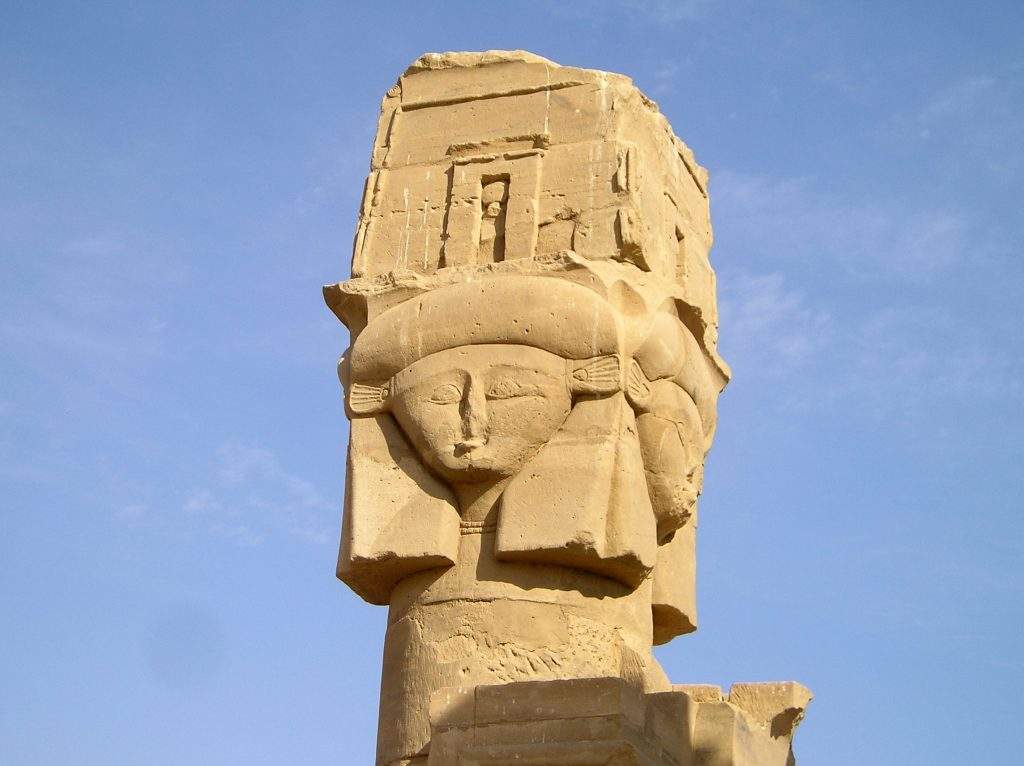 As we can see, the history of Hathor is fundamental to the beliefs of ancient Egypt. The goddess, representing the Milky Way, almost obliterated the human race, but then became a beloved patron of joy, prosperity and celebration.

In this article:Ancient Egypt, Hathor 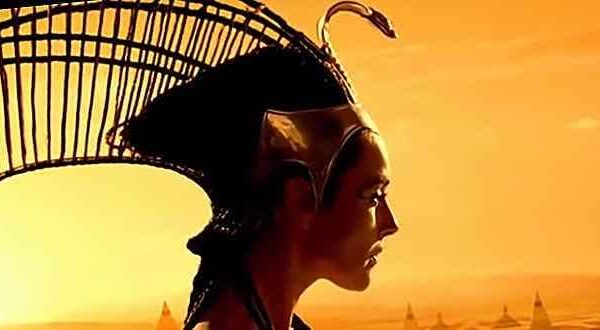 Dendera light bulbs are part of a bas-relief engraving in a temple dedicated to Goddess Hator. 2 oval spheres with snakes reminiscent of a bulb...