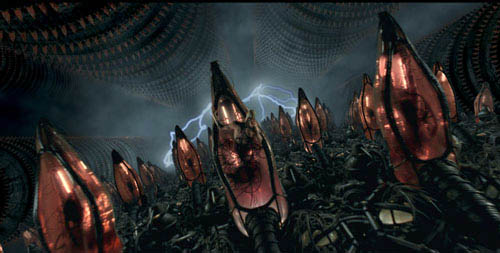 Who says necessity is not the mother of invention in the New Normal. While a tiny fraction of the Japanese population is enjoying the transitory effects of Abe’s latest reflating “wealth effect” policy (even as China has made it clear said policy will end quite soon), the bigger problem for Japan is that even sooner, more and more of it will be reliant on hamster wheels to generate electricity, as LNG prices have just hit a record high and are rising at a breakneck pace, and as local nuclear power generation has collapsed to virtually zero. Which means one thing: electricity will soon become so unaffordable only those who are invested in the daily 2% Nikkei surges will be able to electrify their immediate surroundings.

So what is Japan’s solution? A quite ingenious one: as Geek.com and ASR both report, Japan’s Fujifilm has created organic printed sheet that harvests energy from body heat, or in other words, converts body heat to electricity. Finally, at least one key part of the Matrix “reality” is now fully operational – the use of human beings as batteries.

Fujifilm has used the Nanotech 2013 conference in Tokyo to demonstrate some progress with the creation of a new thermoelectric conversion material. Such a material can convert temperature differences directly into electricity, which can then be stored or used immediately to power or charge some device.
The material Fujifilm has created in collaboration with Japan’s National Institute of Advanced Industrial Science and Technology (AIST) is desirable because it is both organic and has the highest thermoelectric conversion efficiency yet seen. Using a temperature difference of just one degree Celsius it can produce “several milliwatts” of electricity.
The good news continues as Fujifilm can manufacture the organic thermoelectric conversion material using a printing technique, making it easy to produce a range of sheet sizes at a minimal cost. It’s also not rigid, so can be wrapped around an object such as an area of your body.
So far two primary uses are seen for the new material. The first is as an attachment patients can wear on their skin to power medical devices. The second is as part of solar panels as a way of collecting additional energy and therefore making them more efficient.
Depending on how cheap and quick the material is to produce, we may see it appear as an accessory you can wear to help charge your smartphone on the go in the near future.

And since life always immitates Hollywood, we now await for the release of the prophecy which will disclose just who it is that will destroy Bernanke’s centrally-planned surreality, in which those who trade stocks are in a Matrix of their own.

In this article:Human Batteries, Japan, Matrix