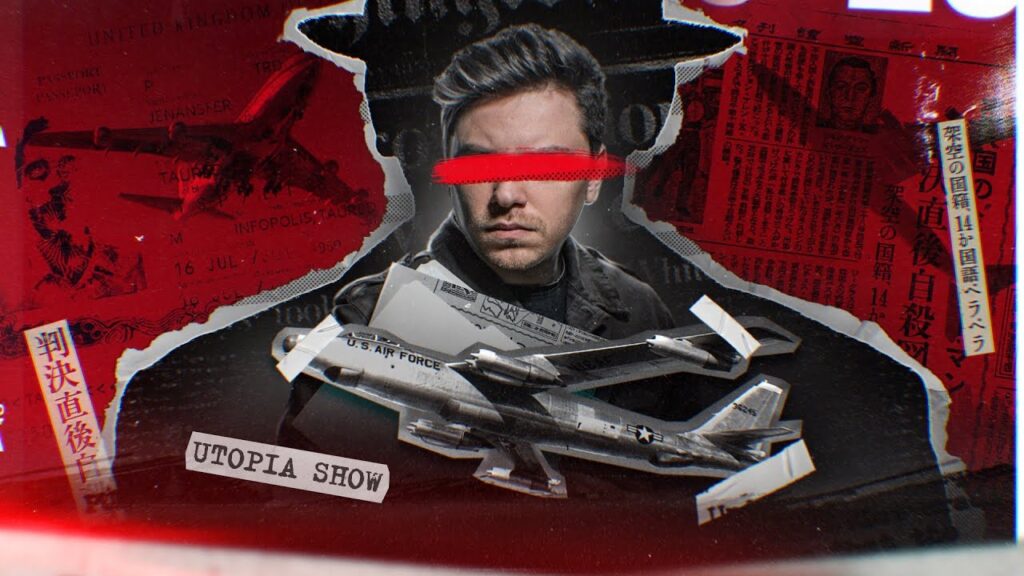 This mystical story is entangled in many secrets and mysteries. But the most interesting thing about it is that it really happened. Let’s figure it out: who is the man from Taured and how he ended up in our world.

In July 1954, an unidentified European-looking man arrived at Tokyo airport. He had with him a passport of the state of Taured and several other documents issued by that state.

The middle-aged stranger was neatly dressed and had a beard. He told airport staff that he had arrived in Japan on a business trip – for the third time this year.

The passport of the citizen perplexed the Japanese customs officials: on the one hand, the document seemed to be genuine (it contained real stamps and visas of other states, including the visa of Japan). On the other hand, none of the airport staff had heard of the country of Taured, which raised suspicions among the security service.

The man is brought into the search room and asked to show his country on a map. The stranger approaches the map without hesitation and says that Taured is between France and Spain and is sincerely surprised when he sees the Principality of Andorra in the place of his country.

He assures that Taured has been there for thousands of years and accuses the security personnel of a ridiculous prank.

After such a performance, a citizen of the country, Tord, is sent to the hotel until the circumstances are clarified, and two police officers are assigned to the door of his room. The next morning, the mysterious stranger disappears without a trace. The police swear that they did not leave the post, and the hotel staff assure that no one left the room. What is the matter here?

Before moving on to the real story of a stranger from the land of Taured, we will dispel the most popular myths associated with it.

1. If you google this story on the Internet, you will definitely stumble upon such a photo. Many argue that it depicts the same stranger, but this is a lie. And the photo is taken from the encyclopedia of races of the late 19th century and serves as an illustration of the Corsican.

2. You can also stumble upon the alleged documents of a stranger, issued by the country of Taured. This is also a fake – any of these documents are easily penetrated through search engines and turn out to be photoshopped passports of other countries.

3. Alas, there was no mysterious disappearance at the hotel either. Because the stranger was immediately taken to the police station. By the way, it is this fact that will help us find out the real history of a man from the country of Taured.

4. Sceptics note that there is no documentary evidence that this passenger existed at all. According to some critics, this story was first described in the book “Handbook of Opportunities” by Colin Wilson and John Grant and has not been confirmed by anything.

In the archives of Japan, there is a transcript of a radio message from the 1960s, which refers to John Allen K Zegrus – a spy with a passport for a non-existent country. The announcer reports that a Japanese espionage case is underway:

A foreign intelligence agent arrived in Japan with a Taured passport in the name of John Allen K Zegrus and he was sentenced to one year in prison. After the defendant learned the verdict, he tried to commit suicide with a glass hidden in his mouth, but was stopped by guards and taken to hospital.

In 2016, the book “Spies Who Passed Me By” by Atsuyuki Sassa, the head of the police department, was published in Japan. It has a chapter dedicated to a spy from an unknown country – John Allen K Zegrus. The story described in the book matches the facts from the radio message.

So who was this mysterious man from Taured? There is a hypothesis that the mysterious stranger may have been a traveler from another dimension. He came from a parallel universe in which instead of the Principality of Andorra there is the United Kingdom of Taured. And this mysterious man, for some reason, suddenly appeared among us and then disappeared just as mysteriously.

Or, alternatively, this whole story is just an example of an urban legend. But why then did the Japanese authorities never question her veracity?

The truth is that the mysterious man from the land of Taured really existed. However, he turned out to be not an alien from a parallel universe or a time traveler, but a spy.

Most likely, this story has overgrown with myths and legends over time thanks to journalists and inventors, because most of the references date back to our century.

Advertisement. Scroll to continue reading.
In this article:Japan, spies