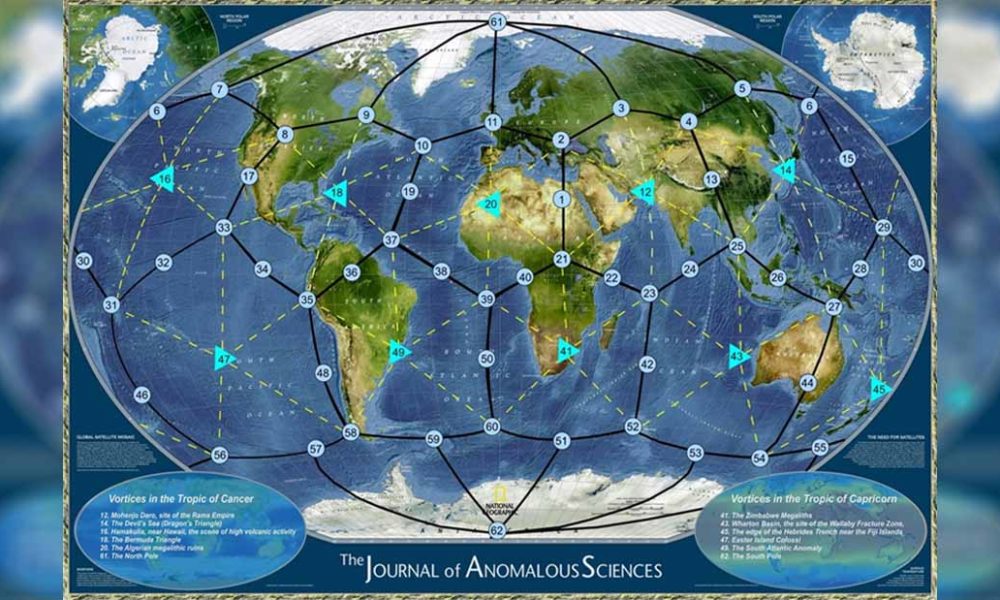 The Ley lines would be “subtle” magnetic energy flows that would be found throughout the Earth. They would physically influence the places they travel.

The Ley Lines are hypothetical energy routes that run throughout the Earth. According to experts on this subject, many ancient megalithic monuments were built in vortices or intersection points of these lines (like Stonehenge or the Pyramids of Egypt). These routes would establish a planetary harmonical energy and it is thought that would influence the ecology of the planet, since the energy would be perceived concentrated in fertile natural places such as mountains, lakes and forests. They would also affect the human beings!

This kind of Energy has been referred to as “subtle” or “etheric”, since it is different from the types of magnetic energy that science knows. Different ancient cultures would also have called them: dragon trails, dragon currents or snake paths.

The term was coined in 1921 by amateur archaeologist Alfred Watkins, who observed a alignment of several megalithic monuments and ancient places from Great Britain. First it was considered that the Ley Lines were only alignments, but then they were given an esoteric character, with the rectilinear flow of that subtle energy of the Earth.

The Ley Lines influence the ecology of the Earth

Theorists of this esoteric phenomenon say that the lines intersect in several places, forming power points or vortex points around the planet. These vortex points would influence the ecology and life of each place. This is also related to the so-called geomancy.

In fact, this concept has bases in the ancient Chinese religious philosophy of feng shui. Feng shui speaks of chi, or “vital breath” that moves in currents and is affected by the shapes, space and direction of the cardinal points. The art of feng shui seeks to perceive the flow of lung-mei or dragon currents and accommodate space and objects to benefit that flow.

The Ley lines, and especially the vortex points, would be places of concentration of positive chi (energy). A great natural example where this occurs is a valley surrounded by hills: the mountainous circle would create a vortex point of etheric energy, forming a kind of shield and fortress. The green valley with the help of that vortex, attracts water currents and creates fertile soils.

In druid belief, the energy of the Earth was called wyvern, and it slid across the ground. The wyvern lines transmitted life (or vitality) and fertilized the land.

You have to keep in mind that magnetism affects water (can purify it). According to researcher Rene Noorbergen, the ancient civilizations knew about Earth’s magnetism (or of one type of energy, at least) and that would have been used to fertilize the earth (Modern horticulturists know about the fertilizing properties of magnetic fields).

In the vortex points too, observable energy phenomena would be generated, like strange lights that have been reported near a Dolmen monument  in Loon and near a monastery in Aduard, both in the Netherlands.

Will the existence of these Ley lines be possible? Scientists have not really investigated this, but it is known that the Earth has enough movement of magnetic energy which, in addition to the known electromagnetic spectrum, is very wide, with different wavelengths (such as visible light and X-rays).

In this article:Ley Lines, magnetism