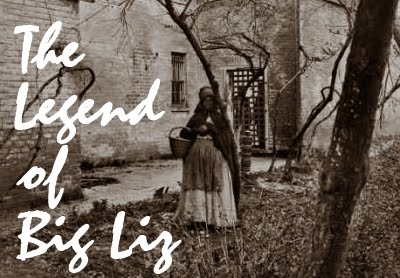 The following tale has been told in several forms, but I believe this version is close to the original:

The Master of a southern Maryland plantation was a firm supporter of the Confederate President and had committed to send as much food as he could to the Southern army. Things were going well at first, until the Yankees began attacking the Master’s supply lines. The Master suspected a traitor among his slaves, and soon discovered that the Yankee spy was a slave-woman named Big Liz. She was a behemoth of a girl who could pick up two full-grown pigs, one under each arm, and cart them over to the slaughterhouse without assistance. If he confronted her directly and she fought back, she would take him to pieces.
So the Master came up with a different plan to rid himself of the spy. He approached the giant girl and asked her to assist him with a special task. He told her that President Jefferson Davis had entrusted him with a large chest full of gold. To keep it out of Yankee hands, he wanted to bury the chest where it would never be found. The girl’s eyes gleamed when she heard this false report. The Master knew she was already planning to betray the existence of the chest to the Yankees.
The Master made Big Liz carry the heavy trunk several miles out into the swamp land and asked her to dig a deep hole for the trunk. He sat at his leisure while she worked and strained for hours against the muddy ground, which kept oozing back into the hole. When the slave girl was completely exhausted, the Master decreed the hole to be large enough for his war chest. Wearily, Big Liz dropped the shovel and pulled the heavy chest down until it lay at her feet. Then she started to climb out of the deep hole. But the Master barred her way, and Big Liz gazed up at him in sudden fear as he loomed over her. “Traitor! Yankee spy!” The Master hissed. “There is only one path open to a traitor.”
The Master swung his sword at her, and the sharp edge of the blade cut cleaning through the slave girl’s neck. Her head went rolling away into the tall grass as her body toppled across the chest. The Master heaped dirt over the chest and the body of slave girl who had betrayed him. Briefly, he considered finding her head and burying it in the pit with her body, but it was too dark to go wandering in the dangerous marshland, and he knew that scavengers would make short work of the head when they found it.
As the Master walked toward home through the dark swamp, he became aware of a prickling sensation at the back of his neck, as if someone were watching him. The Master walked faster as clouds obscured the light of the moon. The Master’s teeth chattered as a breeze cut through him like the sharpened blade of the sword at his side, and his straining ears picked up the sound of footsteps on the path behind him.
The Master was filled with a terrible, superstitious dread of demons and witches and ghosts. He broke out into a panicked run, fleeing up the path as fast as his legs would carry him. To his relief, he saw the lights of his house rise before him, and knew he was home.
As he rounded the back corner of his house, he was confronted by a massive, dirt-encrusted figure that glowed with blue fire. The smell of rotting leaves and marsh grass filled his nostrils as his eyes raced up and up the tall creature, until they rested on the stump of its neck, where a head had resided only an hour before. Then he heard a chuckle from the creature’s side, and he saw the phantom’s head tucked under her arm.
The Master stumbled backward, gabbling desperately in fear as the ghost placed her head upon the ground with one hand and grabbed the collar of his shirt with the other. The murdered slave girl snapped the Master’s neck in two and dropped his dead body to the ground beneath his bedroom window. Then Big Liz gathered up her severed head and vanished into the darkness.
They say that on the anniversary of her death, the ghost of Big Liz still may be seen roaming the swamp lands near her old home. Anyone foolish enough to walk near her grave will be driven away by the phantom, which to this day still defends the place where the Confederate chest is buried. 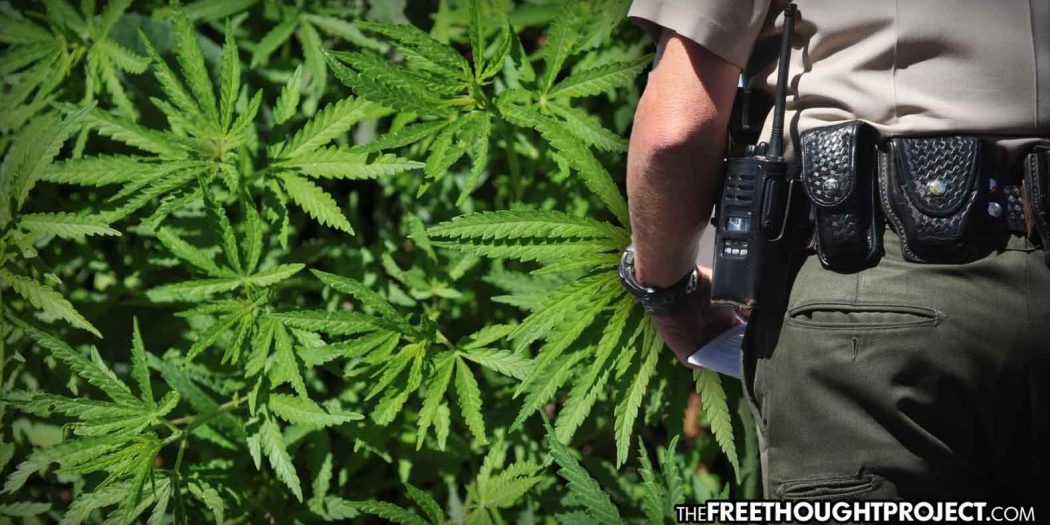 (Matt Agorist) In a major win for freedom, Maryland’s top court ruled this month that police can no longer stop people based on the smell...