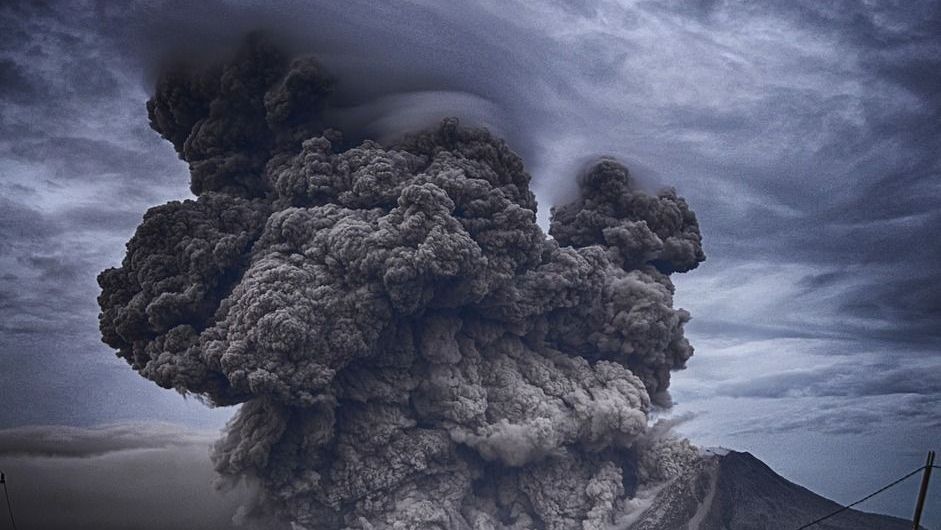 With the beginning of the eruption of the La Soufriere volcano on the paradise Caribbean island of St. Vincent, the attention of all the world’s media is riveted to it, since the whole world was in anxious anticipation of the “three days of darkness”. Meanwhile a massive power outage followed another explosive event.

Much of Saint Vincent and the Grenadines is de-energized and covered in ash on April 11, 2021 after another explosion on the La Soufriere volcano.

The National Emergency Management Organization (NEMO) urges residents with respiratory diseases to take necessary precautions and drivers to be careful on roads that have become dangerous due to ash flow from the volcano.

The island is home to about 100,000 people, whom the authorities are now preparing for evacuation. To the great happiness of the islanders, the wind is blowing to the east, the air current is very strong and the bulk of ash and stones is carried to Africa.

The height of the ash column is estimated at 16 kilometers, while the plume remains dense and can cause breathing problems at a distance of up to 3,000 kilometers:

At the moment, the volcano does not show signs of calming down, and if the direction of atmospheric flows suddenly changes, the island will be covered with a multimeter layer of pyroclastic emissions, and stones will fall even on Venezuela:

None is giving any predictions about the situation, just as no one can clearly name the cause of the planetary volcanic activity. The only people who can do this are, so to speak, the witnesses of Nibiru, who have already gone to the people with sermons:

Cruise ships and ferries rush to the scene to evacuate 16,000 people caught in the eruption, but people are not allowed to board the cruise ships until they get vaccinated against Covid.

Prime Minister Ralph Gonçalves told a news conference that people must be vaccinated if they want to board a cruise ship or get temporary refuge on another island.

It’s just some kind of worldwide obsession with Covid.

Under normal conditions, people are simply evacuated from the deadly disaster zones, no one denies anyone, simply because they may be sick. If necessary, patients are provided with medical assistance.

But since the world has become obsessed with a disease that kills up to 1% of victims, there is a real likelihood that people fleeing a disaster will be told they should stay and die unless they receive an experimental and potentially life-threatening drug.

In this article:Days Of Darkness, La Soufriere Volcano