THIS astonishing image is the long-awaited proof that alien life DOES exist, scientists have sensationally claimed.

The never-before seen photograph shows a mysterious dragon-shaped organism found in space, which they claim also reveals that all life on Earth, including humans, is extraterrestrial in origin.It was discovered in dust and particulate matter gathered deep in the Earth’s stratosphere.

Its finders say it is a “biological entity” made of carbon and oxygen – the building blocks of life.

And the scientists who made the incredible find insist there is no way it could have blown up into space from our planet – and so must have originated  elsewhere in the universe.

Professor Wainwright sent balloons into the stratosphere 27 km above the Earth’s atmosphere to collect particles from space.

He claimed what  they have discovered is not only proof that life exists in outer space, but that extraterrestrial organisms are continually raining down on earth.

He said: “The photo shows a structure colloquially called ‘the dragon particle’ which scientific analysis shows is made of carbon and oxygen and is therefore not a piece of cosmic or volcanic dust. “This is clearly a biology entity (about 10micron in size), although it is unclear whether it is part of a single organism or is made up of smaller, individual microbes.“It is certainly unusual and seems to be like nothing found on Earth.

“What is amazing is that these organisms appear on the sampling stubs in an absolutely pristine condition.

“There is no pollen, grass or pollution particles found with them, or for that matter soil or volcanic dust.

“Unless a means of lifting them from Earth exists which selectively sieves them out from other Earth-derived debris then they must be incoming from space.

“This, plus the fact that some of the biological material samples by the team produce impact craters when they hit the sampler, confirms their space origin.”

It comes just weeks after astronauts said they found traces of life on the surface of the International Space Station (ISS) which orbits Earth.

The discovery of tiny plankton on the ISS was the first time complex organisms have been found in outer space.Experiments have previously shown bacteria can survive outside our planet but the discovery of these so-called diatoms supports the

increasingly popular theory that the biochemical catalyst for human life originated elsewhere in the universe.

Some researchers said one explanation is the organisms were carried to the station on air currents from the sea where plankton is found in abundance.

However others claim this is impossible with the only rational theory being the minute plants drifted onto the ISS from elsewhere in space.

Professor Wainwright said: “They may be the same, or similar to the ones we have found .

“In both cases they will be intercepted on their journey from space to Earth and not as some unthinking critics have suggested-lazily drifting up to such extreme heights from Earth. The data was collected 27km above earth’s atmosphere [GETTY] “If our findings are true they will forever alter our view of life and particularly evolution on Earth and we will need to rewrite of our biology textbooks.”“The ISS is more than 200 miles from earth, there is no way that anything of this size can get to that height from Earth.

“It is an amazing discovery  and the evidence is overwhelming that these organisms have originated from outer space.

“Diatoms are coming in from space all the time, raining down on Earth, these findings are about to blow all theories of biology and evolution out of the water, they will have to start re-writing text books.

“This is the tipping point towards science proving that life is continually coming to Earth from space, and that it did so in the first instance.”Another researcher involved in the study, Professor Chandra Wickramasinghe, said algae-like organisms have previously been found on meteorites which have fallen to Earth.

He said: “We are starting to find diatoms in space, mixed up in debris in the stratosphere.

“The evidence points towards theories that complex living organisms are falling from the skies to Earth.

“The space station is orbiting the earth in a total vacuum, there is no air, so it is a total defiance of the laws of physics to say these organisms were blown into space from Earth.

“The only explanation is that they have come from elsewhere in space, and this supports long-held theories that plankton, and therefore all life on Earth including humans, originated from organisms in space.” Extraterrestrial organisms are continually raining down on earth [EPA] The organisms show humans originated from space, according to experts [EPA]

He said particles of DNA from extraterrestrial life are also being picked up by organisms on earth and built into their genetic make up.He said: “We have evidence that even in the human genome, 40 per cent of our DNA is viral, and it has been incorporated during our evolution.“There is growing evidence that says this DNA comes from space and it is carried into our atmosphere on micro-meteorites before dissipating.“It is then taken up by bacteria and viruses.

“Everything that we have on the Earth is derived from space, including humans.” 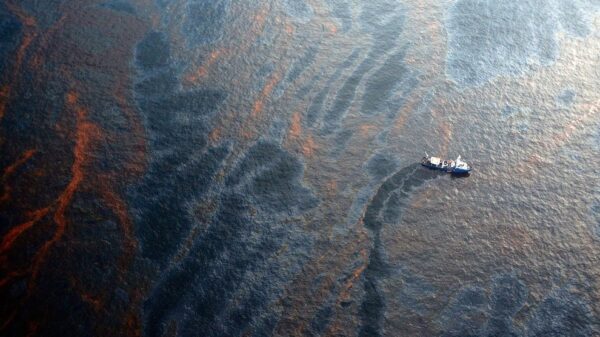 “Artificially created to remove oil spills, a bacterium has begun to eat everything living around.” Headlines like this were not uncommon at the beginning of...

Scientists to set up a microbial ‘Noah’s Ark’

Image Credit: CC BY-SA 3.0 CSIRO Friendly gut bacteria needs to be preserved. The plan would involve preserving the beneficial bacteria found in the...