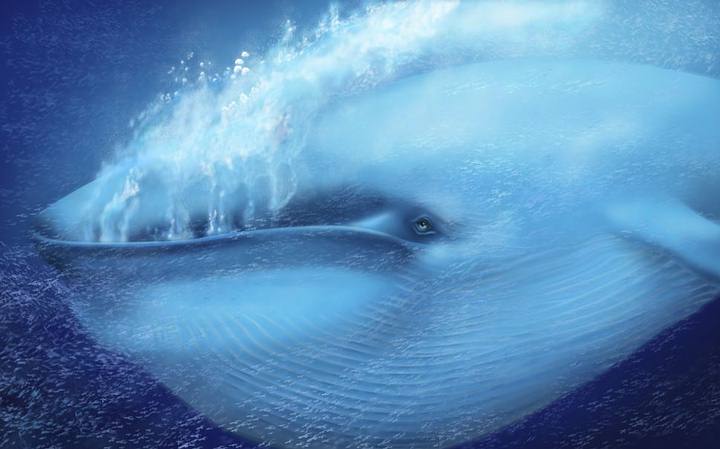 Blue Whales can survive with two beats per minute in the ocean depths and now for the first time heartbeat of a blue whale is recorded.

When a blue whale feeds, it skips several heartbeats, sometimes up to 30. this is what a team of marine biologists has discovered after being able to record the heartbeat of a blue whale, on the coast near California. To do this, a suction pulse monitor was placed on his back.

The researchers watched as the marine giant emerged and submerged again for a period of almost 9 hours, alternately filling its lungs with air and its stomach with appetizing schools of fish hundreds of meters below the surface.

During the dives, the whale’s heart has brutal ups and downs, pumping from 34 times per minute on the sea surface to only 2 per minute at the deepest depths – between 30 and 50% slower than expected to be recorded.

According to the new study published in PNAS, the simple act of opening the mouth to eat takes the heart of the cetacean to its physical limits, something that could explain why there are no creatures larger than the blue whale on the planet.

“Animals that function at physiological extremes can help us understand the biological limits of size,” said lead author Jeremy Goldbogen, an assistant professor at Stanford University in California. “In other words: if the heart of a whale is not able to pump faster during the effort required in the search for food, how could it support the heart of an older animal and provide the required energy?”

The largest animal in the world Blue Whale

Blue whales are the largest creatures that have ever inhabited the oceans (the Patagotitan mayorum dinosaur was consecrated as the largest terrestrial creature that has stepped on the planet, after its study and classification in 2014 ).

Upon reaching adulthood, the blue whale can be more than 30 meters long, more or less the length of two school buses parked one after the other. It takes a big heart to drive a beast of such size; and while this organ is not so large that a human can swim inside one of its arteries, as an urban myth says, the truth is that stranded whales have allowed hearts to recover up to 200 kilograms and the size of a golf cart .

Scientists already knew that the pulse of these cetaceans decreased in the aquatic environment. When mammals submerge, their bodies automatically begin to redistribute oxygen; The heart and brain are the ones that most demand oxygen, while your muscles, skin and other organs receive less. This allows animals to stay underwater for longer with a single inhalation, resulting in a lower than normal heart rate. This is so true for humans who like diving as for blue whales, however, given the enormous size of the whale and its ability to reach 300 meters below the surface, their hearts are pushed to limits beyond our own. .

In the creature studied, its maximum immersion lasted 16.5 minutes, reaching a depth of 184 meters. On the other hand, he never spent more than 4 minutes on the surface to fill his lungs with air.

The sensor set by the scientists showed that in the deepest dives, the heart of the whale beat at an average rate of 4 to 8 times per minute, with a minimum of only 2 beats per minute. “During these beats that were so temporarily separated, the flexible aortic artery of the animal contracted to maintain a slowed movement of the oxygenated blood through the body,” the researchers write.

Back on the surface, the heart rate accelerated rapidly to 25 to 37 beats per minute, charging the bloodstream with enough oxygen to support the next dive. “At that time the heart of the whale was working near its physical limit,” the authors add. “It is unlikely that your heart can beat faster than that.”

In this article:blue whale, heartbeat