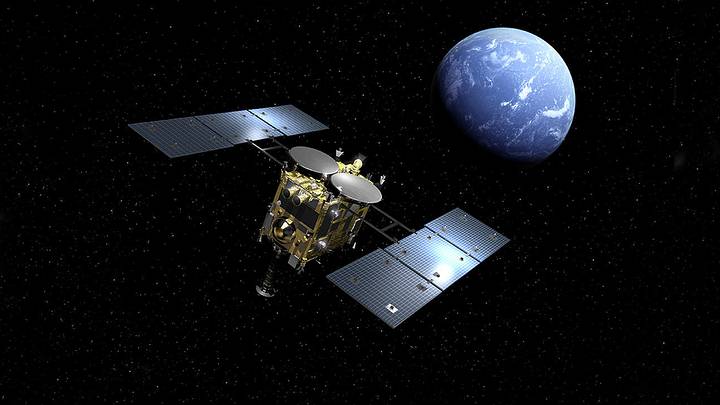 The Japanese probe Hayabusa 2 will leave its orbit around the asteroid Ryugu and head back to Earth this Wednesday. But it will not do it alone: ​​inside it brings samples that could shed light on the origins of the Solar System.

Hayabusa 2 launched a projectile that raised cosmic dust and collected it.

The probe, the size of a refrigerator, traveled 300 million kilometers to explore Ryugu, one of the asteroids that are part of the Apollo asteroids, those close to Earth’s orbit.

It made a “perfect” landing on the surface of the asteroid to collect the samples that scientists expect to provide clues about what the Solar System was like at its birth about 4.6 billion years ago.

Hayabusa 2 will receive its orders to return home this Wednesday.

Although it took three and a half years to reach the asteroid, the return trip should be significantly shorter – approximately 1 year – since the positions of the Earth and Ryugu will be much closer.

To get rid of the asteroid’s gravity, the probe will use its chemical engine. Subsequently, it will deploy its main ion engine in full power mode to travel to Earth.

The operation of this last engine will be the key to the return, as it will be the first time the device has fully operated since its arrival in Ryugu in June 2018.

Hayabusa-2 is expected to leave the samples in the desert of southern Australia. However, JAXA is negotiating with the Australian government on how to organize it.

This will not be the first time that Japan has been able to bring samples of an asteroid. Hayabusa 1 already managed to bring dust from the Itokawa rock in 2010.

Japan has developed an inflatable scooter that weighs practically nothing

The University of Tokyo engineers have developed the Poimo inflatable electric scooter, which is created individually for each owner. It is enough to send your...