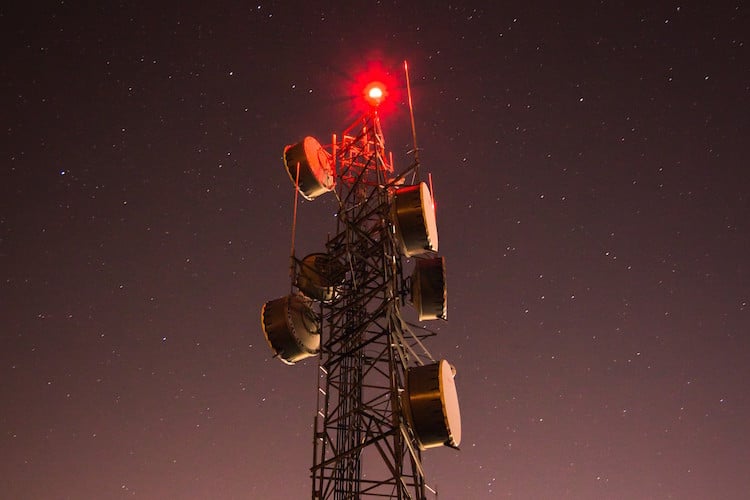 * See “5G Radiation Dangers—11 Reasons To Be Concerned,” by Lloyd Burrell (twitter), at electricsense.com. Well worth a read.

“Along with the 5G there is another thing coming — Internet of Things. If you look at it…the radiation level is going to increase tremendously and yet the industry is very excited about it… they project 5G/IoT business to be a $7 trillion business.” — Prof. Girish Kumar, Professor at Electrical Engineering Department at IIT Bombay

5G, the latest and greatest method of faster wireless transmission, is coming on with a storm.

Governments are promoting it as if the future of humanity depends on it. It MUST BE implemented.

When governments and corporations see technological daylight up the road—and big money—they run toward it joined at the hip. Consequences be damned.

I want 5G, and even 6G, technology in the United States as soon as possible. It is far more powerful, faster, and smarter than the current standard. American companies must step up their efforts, or get left behind. There is no reason that we should be lagging behind on………

….something that is so obviously the future. I want the United States to win through competition, not by blocking out currently more advanced technologies. We must always be the leader in everything we do, especially when it comes to the very exciting world of technology!

A few of the many corporations involved include Samsung, Intel, Qualcomm, Nokia, Huawei, Ericsson, ZTE. This is a global operation, and many governments are backing the push.

And the consumer gets what? The ability to watch the reruns of Law&Order he’s already watching? His current TV reception isn’t good enough? The appliances in his home will all be connected to Internet and talk to each other and spy on him and record his energy use, in conjunction with smart meters, for the Greater Good.

Somehow, you really need your toaster connected to the Internet? You want that? You can’t get along without that?

UNDOUBTEDLY, A KEY PART OF THE 5G PROGRAM IS, EVENTUALLY, MASSIVE NUMBERS OF DRIVERLESS CARS ON ROADS ALL OVER THE WORLD. This is the plan. Cars are connected and talk to each other. Humans play no role in this. The Technocratic Internet of Things decides how, at any given moment, to regulate traffic flows. Humans learn to be passive.

AND WITH THE INTERNET OF THINGS, THE TECHNOCRATIC ELITE WILL BE ABLE TO INSTALL ENERGY-USE QUOTAS AND CEILINGS FOR EVERY PERSON AND EXERT TOP-DOWN CONTROL ON THE PLANET.

“Mr. Jones, this is the voice of your house speaking. You have reached the assigned limit of your energy use for the month. Try to get along without energy until next month’s allotment comes online…”

“5G and IoT [Internet of Things] promises to connect us in our homes, schools, workplaces, cities, parks and open spaces to over a trillion objects around the world. It promises cars that drive themselves, washing machines that order their own washing powder and softener plus of course super fast downloads and streaming.”

“It’ll bring download speed up to 10 Gigabits per second. This would let us have an entire building of people send each other data in close to no time, thus improving productivity.”

Now, electricsense.com takes us into the disaster of 5G:

“5G will utilize smaller cell stations (and the technology of beamforming) that’ll scramble/unscramble and redirect packets of data on a no-interference path back to us. This could mean wireless antennas on every lamp post, utility pole, home and business throughout entire neighborhoods, towns and cities.”

“Given that 5G is set to utilize frequencies above and below existing frequency bands 5G sits in the middle of all this. But the tendency (it varies from country to country) is for 5G to utilize the higher frequency bands. Which brings its own particular concerns…”

“The biggest concern is how these new wavelengths will affect the skin. The human body has between two million to four million sweat ducts. Dr. Ben-Ishai of Hebrew University, Israel explains that our sweat ducts act like ‘an array of helical antennas when exposed to these wavelengths,’ meaning that we become more conductive. A recent New York study which experimented with 60GHz waves stated that ‘the analyses of penetration depth show that more than 90% of the transmitted power is absorbed in the epidermis and dermis layer’.”

“The effects of MMWs [millimeter waves] as studied by Dr. Yael Stein of Hebrew University is said to also cause humans physical pain as our nociceptors flare up in recognition of the wave as a damaging stimuli. So we’re looking at possibilities of many skin diseases and cancer as well as physical pain to our skin.”

“A 1994 study found that low level millimeter microwave radiation produced lens opacity in rats, which is linked to the production of cataracts.”

“An experiment conducted by the Medical Research Institute of Kanazawa Medical University found that 60GHz ‘millimeter-wave antennas can cause thermal injuries of varying types of levels. The thermal effects induced by millimeterwaves can apparently penetrate below the surface of the eye’.”

“A 1992 Russian study found that frequencies in the range 53-78GHz (that which 5G proposes to use) impacted the heart rate variability (an indicator of stress) in rats. Another Russian study on frogs whose skin was exposed to MMWs found heart rate changes (arrhythmias).”

“5G will use pulsed millimeter waves to carry information. But as Dr. Joel Moskowitz points out, most 5G studies are misleading because they do not pulse the waves. This is important because research on microwaves already tells us how pulsed waves have more profound biological effects on our body compared to non-pulsed waves. Previous studies, for instance, show how pulse rates of the frequencies led to gene toxicity and DNA strand breaks.”

This is just a sampling of 5G’s disastrous effects. There is much more.

“AT&T have announced the availability of their 5G Evolution in Austin, Texas. 5G Evolution allows Samsung S8 and S8 + users access to faster speeds. This is part of AT&T’s plan to lay the 5G foundation while the standards are being finalized. This is expected to happen in late 2018. AT&T has eyes on 19 other metropolitan areas such as Chicago, Los Angeles, Boston, Atlanta, San Francisco and so on. Indianapolis is up next on their 5G trail due to arrive in the summer [2018].”

It’s full steam ahead for 5G on planet Earth.

Once the effects on the population take hold, doctors will make diagnoses of DISEASES that seem to have nothing to do with 5G. They’ll call it Chronic Fatigue Syndrome, or a variety of blood disorders, they’ll look for THE VIRUS, and they’ll develop new drugs…

This article (5G – The Harmful Effects of a New Technology) was originally created and published by Jon Rappaport’s Blog and is re-posted here with permission.

In this article:5g dangers, millimeter waves 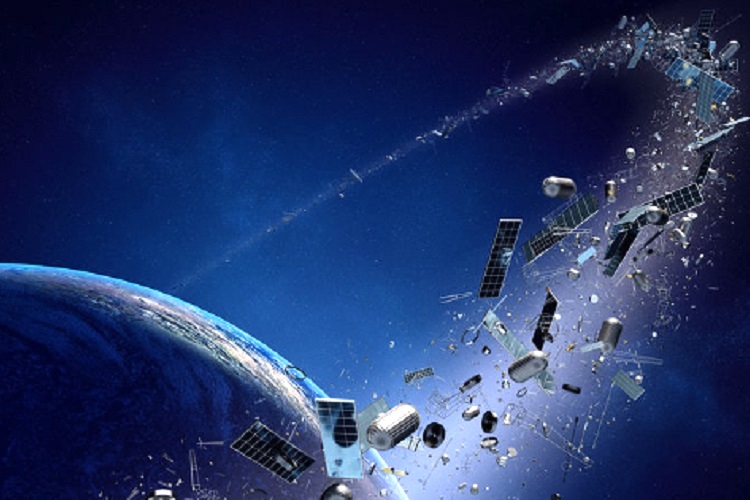 Gary Null, PhD, GreenMedInfo Waking Times For years, scientists have warned about the dangers of enormous amounts of debris orbiting our planet. Aside from wrenches... 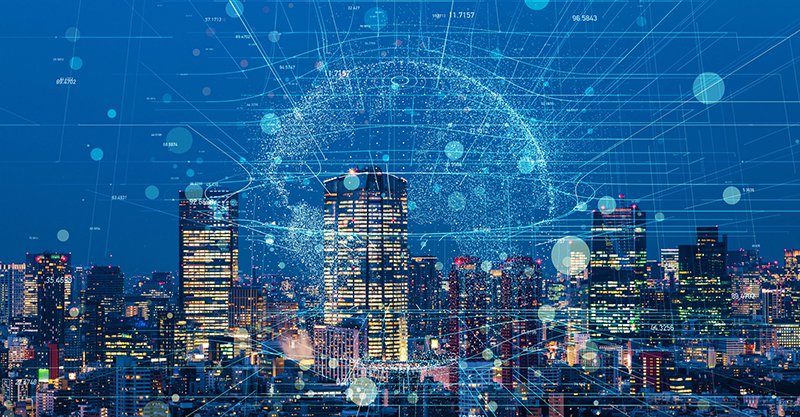 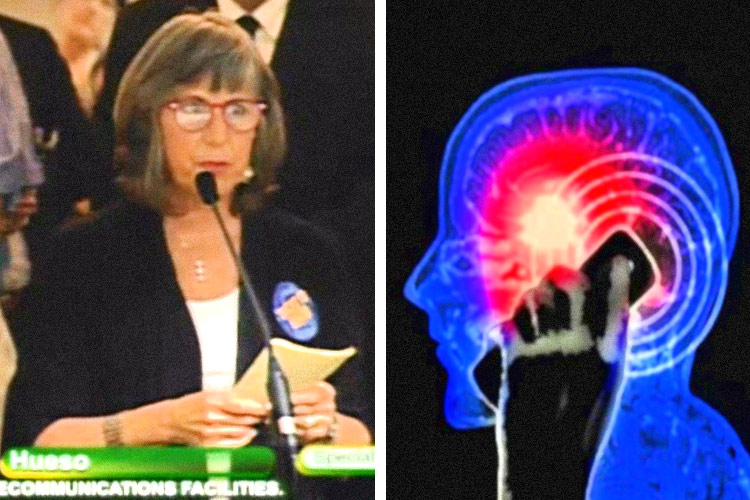