Experts argue that galaxies can move across great distances in the universe tied to giant structures and current models would not be as accurate.

A group of scientists from Korea’s Institute of Space Science and Astronomy have suggested that galaxies move in rather strange patterns within the universe, making them think there may be giant structures between them.

We all know that today the Solar System is located in the Milky Way, which is one of hundreds of billions of galaxies, which constantly move as the universe expands.

As a result, experts have noted that there are certain mysterious patterns between distant galaxies that can transcend the interactions believed to exist in the space around each other.

The researchers explain that, thanks to recent research and studies focused on understanding how galaxies move through space, it led them to consider the existence of the enigmatic “giant structures”.

These would be dark forms based on hydrogen gas and dark matter, which can separate themselves through filaments or leaves that have been referred to by experts as the “cosmic lattice”.

The existence of these structures in the dark space between galaxies would have very important implications for the patterns that would follow these gigantic accumulations of matter as they move, being defined as the ‘root’ that would drive them.

Experts have argued that if this impressive theory were to be proven, it would be a total challenge to the fundamental ideas that currently relate to the universe.

Modern research on the universe

Noam Libeskind, cosmographer of the Institute of Astrophysics of Germany states:

That is why everyone is always studying large-scale structures as a way of investigating and restricting the Laws of Gravity and the nature of matter, dark matter, dark energy and the universe.

Through other studies conducted last October, published in the The Astrophysical Journal, he discovered that there are hundreds of galaxies that spin in sync with the same galaxies that are millions of light years away from them.

For this situation, experts suggest that ‘synchronized galaxies’ may be linked by these large-scale structures, which rotate at low counterclockwise speeds.

That would be the most viable reason so far for explaining the similar rotation of motion between distant neighbors, but certainly much remains to be studied for astronomy to verify this impressive theory with which one could explain how structures influenced the dynamics of the universe in its beginnings.

In this article:gravity, synchronized galaxies 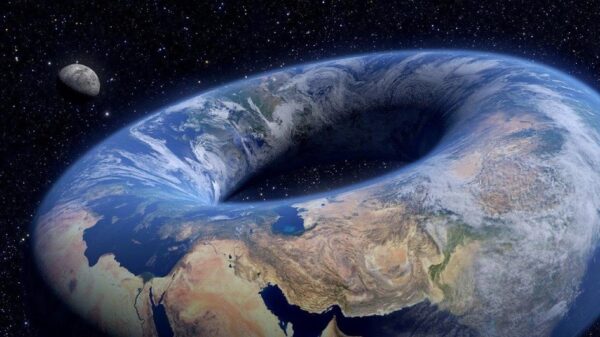