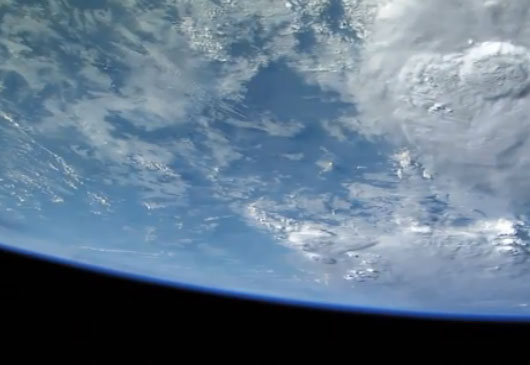 This is a great but hard to find full version of Carl Sagans The Frontier is Everywhere is a great watch. It gives a good outlook on man’s nomadic and exploratory needs or qualities.

In December, I asked whether y’all could handle more Carl Sagan remixes.  The overwhelming answer was YES, so today I bring you “NASA – The Frontier is Everywhere,” a promotional social media video created for NASA, but not by NASA, featuring Carl Sagan’s famous “Pale Blue Dot” narration.  The video was made by Reid Gower, who was frustrated by NASA’s bad PR and thought he’d go ahead and promote the agency by himself.  Here’s what Gower wrote:

I got frustrated with NASA and made this video. NASA is the most fascinating, adventurous, epic institution ever devised by human beings, and their media sucks. Seriously. None of their brilliant scientists appear to know how to connect with the social media crowd, which is now more important than ever. In fact, NASA is an institution whose funding directly depends on how the public views them.

In all of their brilliance, NASA seems to have forgotten to share their hopes and dreams in a way the public can relate to, leaving one of humanities grandest projects with terrible PR and massive funding cuts. I have a lot of ideas for a NASA marketing campaign, but I doubt they’d pay me even minimum wage to work for them. I literally have an MSWord document entitled NASAideas.doc full of ideas waiting to share. I thought maybe, just maybe someone might be able to work their magic for me on that. But the primary point of this post is to vent my frustration with NASA. Sure, they’ve fallen victim to budget cuts but I honestly think cutting media will seal NASA’s own fate. Unless they can find a way to relate to the general public, support for their projects will always be minimal, and their funding will follow suit. A social media department would easily pay for itself in government grants because it could rekindle the public interest in the space program.