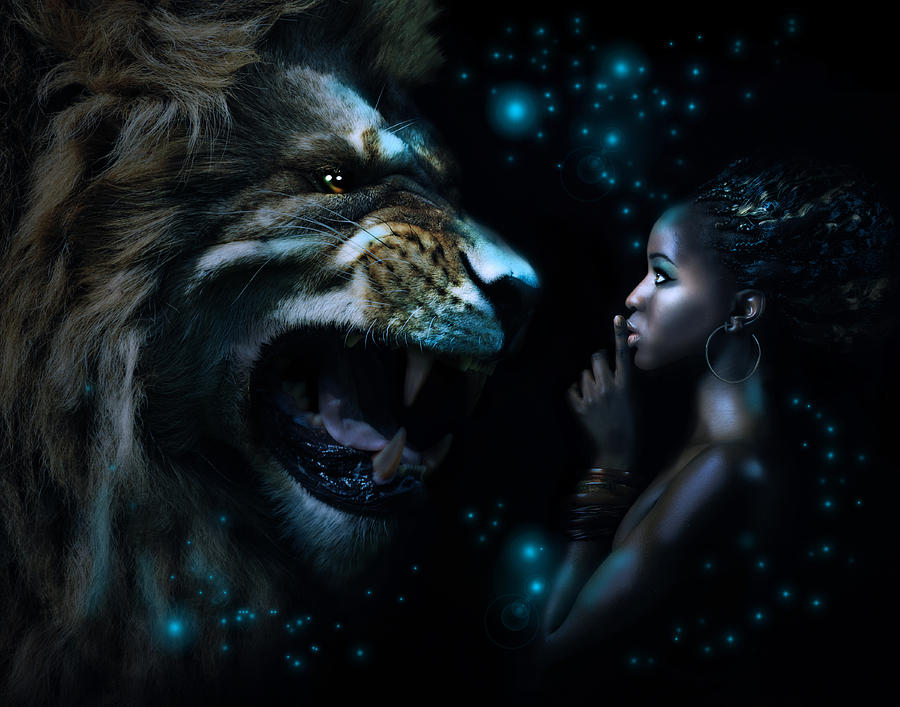 An archetype is a term referring to an influence on consciousness that crosses cultural divides. For instance, the fact men and women seek each other out for the purpose of sex, romance, and fellowship is an archetypal human experience—it doesn’t matter where you come from or what you believe, the drive to pair-bond is a human drive. Psychologically, archetypes have an instinctual or biological aspect, wherein certain drives are “hardwired” in the human psyche, such as the desire to survive, to love and be loved, and to seek out joy and play. Within human sexuality, there are ancient drives that influence both men and women.

While there is much to discuss with regard to the nature of men and women, we can claim one thing with a fair degree of certainty: the masculine aspect is a force that creates structure, and order, whereas the feminine aspect nurtures and propagates. What is received by the feminine, through the masculine, ripples out as creation and manifestation. In consciousness, this happens when you choose to be open-minded about something (a masculine active force), which then opens your mind to receive new information (a feminine receptive force), breading new ideas, perspectives, and desires (a child).

Within each of us are both aspects. And in society, as men and women, these aspects playout as well.

Women, by and large, are attracted to men that embody or exemplify certain archetypal traits, such as the successful man, the “bad boy,” the wise father, or the innocent youth.

The following video clip of a Jordan Peterson lecture discusses the influence of archetypes on female sexuality.

Specifically, a group of Google researchers used statistical analysis to pour through pornographic searches of women online. What they discovered matches the psychology of archetypes almost perfectly, that women, again, by and large, are drawn to certain types of male traits.

Having analyzed the psychology of sexual attraction, a few points come to mind to consider.

Women seem to be hardwired, through biology, to seek out competence. They are drawn to men who have proven themselves in some way by grappling with a challenge and gaining status as a result. What decides “success” changes depending on the cultural values at work. But for the most part, a woman determines the potential worth of a male mate based on a social value system.

Psychologists assert that the reason for female drive for competence comes from evolutionary biology. Baring children requires a tremendous time and energy investment on a woman’s part, especially during pregnancy and the first 3 years after birth. While a woman can take a more hands-off approach to raise her children, the research shows again and again that the more nurturing and love a child receives the healthier they’ll become, in almost all respects. This suggests that women need support from those around them to provide optimum parenting support for their children.

What qualities would a man need to demonstrate in order for a woman to feel safe and secure in attaching herself to a man for support, during these trying times of infancy for her children? Whether such a women attaches herself to a man, or a social group, the things she gets insofar as support are effectively equivalent.

The qualities are worldliness, competence, and sagacity—in other words, the ability to make good decisions that are effective and reliable. Whether a woman is a single parent or with a partner, she needs reliable support that actually helps her in her life, and by extension, helps the child. These dependable qualities, from an archetypal viewpoint, are masculine.

Thus, women are hardwired, it seems, to seek out men that can climb the ladder of status, through contests that prove to her he can truly be worldly, competent, and make good decisions.

Generally speaking, whether you’re a man or a woman, the thing that makes you successful is ambition and bravery—the ability to identify something you want, and pursue it, despite the fact you don’t know if you’ll be successful or not.

While women can certainly focus on a goal with all they have, statistically, men are more driven to obsess over something they want. One study showed that only 43% of women are likely to take big risks to advance their careers. This almost obsessive level of focus is what makes men good partners in the childrearing enterprise, because, as history has shown, men will sacrifice almost everything to protect their family, including their own lives.

So what does this have to do with female attraction?

In other words, men are hardwired to build themselves up, gain skill, and climb ladders of social status, so that they are seen as valuable to women. And women, by virtue of the fact they are more social than men, act as the gateways to society and the social world.

Hence, the female attraction archetypes reflected by Google’s study—the billionaire, the pirate, the rebel—are all examples of “beast men”—men who have proven themselves as ambitious and driven but have not been “tamed” by a woman.

A woman, by and large, is hardwired for socialization. Women, in this sense, are the keepers and holders of civilization and society. As such, a man becomes civilized or socialized, in this deeply archetypal sense, by going out into the wilderness, facing the dragon of nature, and coming back to society as an initiated man, a hero. A woman, seeing the hero in a man, seduces him with her female energy, taming his wild soul, and directing his powers of creation for the good of all. The hero is not just the hero for himself anymore, he’s the hero for the tribe, the nation, or the world.

I would argue, this is why most hero stories have a female figure that positively influences the hero, especially when the trial at hand pushes the hero to their limits.

Thus, the power women have to shape society and what men pursue is almost unimaginable. And this is why, I would argue, so much social programming is focused around women (e.g. Disney, romantic comedies, and soap operas.) These influences affect a woman’s sense of what is socially viable, what she thinks everyone else values. Thus, the cost of social programming that invalidates true masculinity, which is what comes from most mass media these days, hinders a woman’s ability to nurture the hero potential within her man, leading to pandemic dissatisfaction of women with men in relationships.

I agree with the notion that nagging is itself a symptom of an internal feminine (whether coming from a man or a woman) that does not know how to nurture the good qualities of another, and so seeks to change another through emotional intimidation and harsh judgment.

In this deeper sense, a woman’s true power of seduction lies not with her physical form, although that plays a major role. Her power is in what she values within a man, at a deeper level. The lost art of female seduction is that when a woman take an interest in a man, in what he pursues and values, she effectively tells him that his value choices are good for her, and by extension, society. This is why, history again shows, the most successful men were supported by women who directed their nurturing feminine energy into the mind of the man. With that cosmic feminine power of creation, all that her light shined on to him grew stronger within him.

Don’t let the terms man or woman confuse you. Remember, we each possess an internal masculine and feminine, which means we each play the role of nurturer or value pursuer in our own lives, for ourselves and those around us.

In closing, the socializing instincts of women have yet to be fully acknowledged, I would argue.

In today’s world, women have been encouraged, through mass media, to complain and decry that which they don’t value, instead of pouring their nurturing energy into that which is good and valuable for all.

This article appeared first on Stillness in the Storm.

In this article:female attraction, sexual attraction