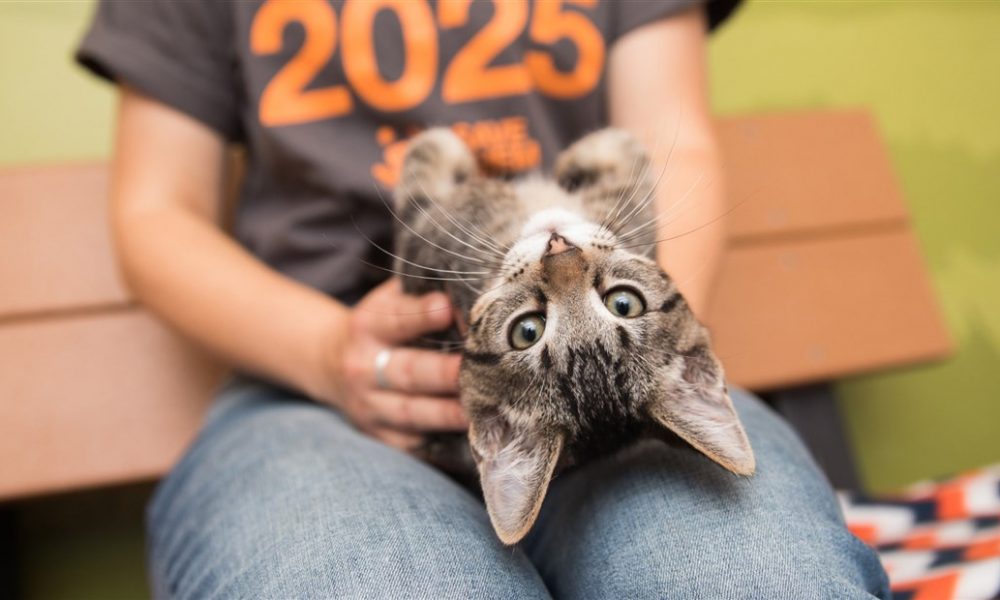 Sound the alarm! Happy news to share with you all today… Amid all of the perceived chaos that is taking over our screens and mainstream media, it’s always important to touch base on the good news that occurs. This week, Delaware has become the first official no-kill state for shelter animals, and I couldn’t be happier to hear and share this.

As not only a pet lover myself, but a cat-mom of 3 amazing shelter animals as well, I know and have seen the various traumas that can result from either life before being placed into a shelter or during their time there due to anxiety, etc. — and it doesn’t stop there. We’ve all heard the stories, and though I had yet to dive into the details myself personally due to not having the heart for it, it is a fact that some shelters rid themselves of ‘unwanted pets’ every cycle as the shelter seeks more room for new-coming potentials. With that said, this is very BIG news — not only has Delaware taken on the task to reevaluate how its shelters are run and deal with overcrowding, but Delaware has also taken initiative in the ‘no-kill’ movement. Photo courtesy of Brandywine Valley SPCA — The work of staff and volunteers at rescue organizations across the country and public support have already helped drastically reduce the number of pets dying each year in shelters from an estimated 17 million in the 1980s to now around 733,000 dogs and cats. Photo courtesy of Best Friends Animal Society

The nonprofit Best Friends Animal Society, which is working with shelters, animal welfare organizations and government agencies across the country to make America a no-kill country by 2025, announced the news at their annual conference in Dallas, Texas.

Linda Torelli, director of marketing for the Brandywine Valley SPCA, which has three locations in Delaware and cares for more than 14,000 animals each year, credited a multipronged approach with helping the First State achieve no-kill status — and its citizens.

“The community in Delaware is very oriented to pet advocacy, so we had their support,” she told TODAY.

Brandywine Valley SPCA implemented numerous programs so that 95% of animals that enter the open-admission shelter find homes. Torelli said because cats are euthanized at twice the rate of dogs, the nonprofit instituted the practice called trap, neuter and return, aka TNR, to save the lives of feral or “community” cats that would otherwise be euthanized. In TNR, advocates humanely trap the felines, and veterinarians spay or neuter them before they are released back into the community.

Open adoptions — which don’t require time-intensive applications that involve things like home inspections but instead focus on matching a pet with a potential adopter’s lifestyle — help move animals more quickly through the shelters. – As reported by TODAY

We all either know someone or are that someone who has gone to a shelter and adopted their best friend at some point. And while we all aim to do our part, it’s a HUGE step to know that shelters themselves are now also taking initiative so that there is ‘no pet left behind’ if you will.

So many wonderful pets, companions, and memories are birthed thanks to adoption and it is beautiful to see that more intention is being set on creating a community that is aware of a movement to aid in eliminating the need to kill for the lack of insufficient adoptees. As a personal thank you to all of you who have or will adopt and welcome a new friend into your lives & homes – a reminder to remember you are saving a life when doing so. So, THANK YOU! And thank you, Delaware, for being the shift!

In this article:no-kill movement, shelter animals