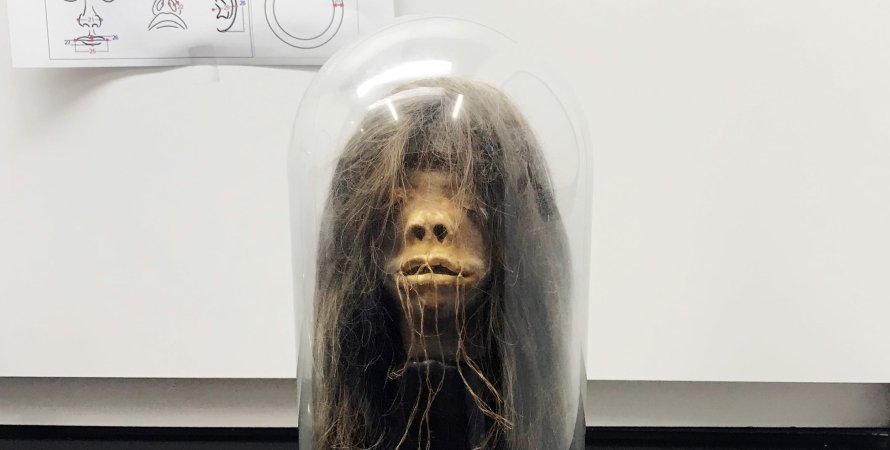 The dried head has long been considered a papier-mâché theatrical props. Recently, experts from the University of Mercer in Georgia studied this specimen and confirmed that in the past belonged to a real person. Experts confirmed that the props turned out to be a ritual human head, dried and reduced in size. It was sent back to Ecuador, where it was made.

Researchers at Mercer University in Georgia examined the artifact to confirm that it was indeed genuine. Their analysis included a comparison of the head with famous authentic dried heads, as well as studies of all its features, including size, facial structure and hairstyle, as Daily Mail writes.

The dried head (or tsantsa, as it is also called ), the exact origin of which is still unknown, was acquired by a former faculty member at Mercer University in 1942 and put on public display before everyone forgot about it.

In the late 70s, the head was borrowed for the film “Wise Blood”, where it can be seen in several scenes. The study, published in Heritage Science, was conducted by biological anthropologist Craig Byron of Mercer University and colleagues.

Wise Blood is a 1979 black comedy about a Vietnam War veteran who returns home and is slightly mentally damaged. But instead of trying to kill the senator, as in Scorsese’s Taxi Driver, he created his own anti-religion – the Church-without-Christ.

At some point, the characters in the film begin to believe that the South American mummy from the local museum is the new savior. As you may have guessed, this mummy (more precisely, its head) was “played” by a real person – a certain Indian who died in an intertribal clash in the jungles of Ecuador, was decapitated and turned into tsantsa – an amulet made from the head of the enemy.

“Tsants are not only unique and valuable antiquities, they are also human remains and cultural artifacts,” the researchers explained in their article.

The dried heads, used for ritual purposes during important social events, became materially valuable as souvenirs and curiosities in the 19th century. However, their production and purpose were negatively influenced by colonialism and the foreign market, as many institutions may choose to repatriate them to their places of origin.

However, before the tsants are sent home, where they were made, they must be verified for authenticity. In the case of the head from Mercer University, such an analysis was requested by the Ecuadorian government.

The reason these checks are necessary is that the authenticity of many dried heads from museum collections is questionable.

In their study, Professor Byron and colleagues compared 33 components of Mercer’s head, including its size, hair style and facial structure, to authentic tsants.

“So-called ‘commercial’ tsants, which were made exclusively for export to European and North American markets, rarely have all the characteristics of their original counterparts,” the researchers noted.

Most of the dried heads are elaborate imitations made from a variety of animals, including monkeys and sloths, and even synthetic materials.

Tsantsa, analyzed by the team, was acquired in 1942 by a certain Dr. James Harrison, who was a member of the Department of Biology at Mercer University until 1976.

In his memoir, published before his death in 2016, Dr. Harrison described how he acquired the artifact during his travels in the Ecuadorian Amazon while serving as a lieutenant colonel in the US Air Force.

Dr. Harrison wrote that he met a man from the SAAWC cultural group who wore a tsantsa and made a deal with him to acquire a head. His part of the exchange included several coins, a penknife, and a military insignia.

He stuffed the inside of his head with an Ecuadorian newspaper before bringing the artifact to the United States, where the head was on display at Mercer University for a while, first at the Willett Science Center and then at the Cultural Museum.

What remained unclear was whether the tsantsa was made by the person who originally wore it, as well as how old the artifact was and what the identity of the individual whose head was used to make it was.

Professor Byron and his team believe that the use of the head in Wise Blood may have slightly damaged the artifact, explaining why not all of its characteristics are fully consistent with known authentic ritual tsants.

However, of the 33 distinctive characteristics of authentic tsants established by the National Institute for Cultural Heritage of Ecuador, the head from Mercer University met 30 criteria, which is enough to confirm that it is not a fake.

According to the researchers, this head bears distinct features of a ritual artifact, including the fact that it is the size of an adult’s fist, and its lips are sewn from plant fiber, as is often the case in other authentic samples.

In addition, experts noted that tsantsa has a characteristic three-tiered hairstyle that matches those worn by members of the SAAWC cultural group.

The Ecuadorian government accepted the team’s authentication results and the head was repatriated. As part of their research, the team also performed a CT scan of Tsantsa, with which they were able to create three-dimensional models of the head and her hair in order to better analyze some of the features. 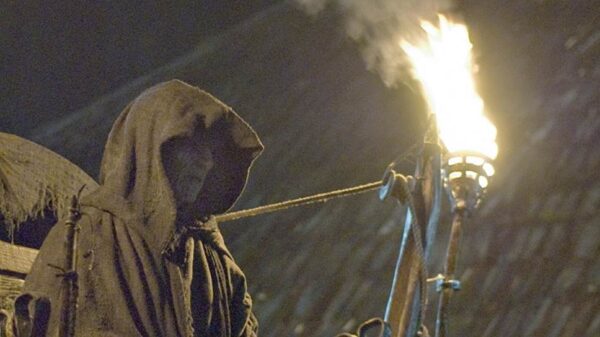 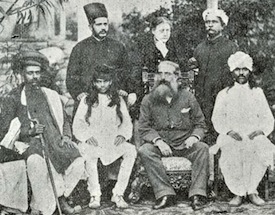