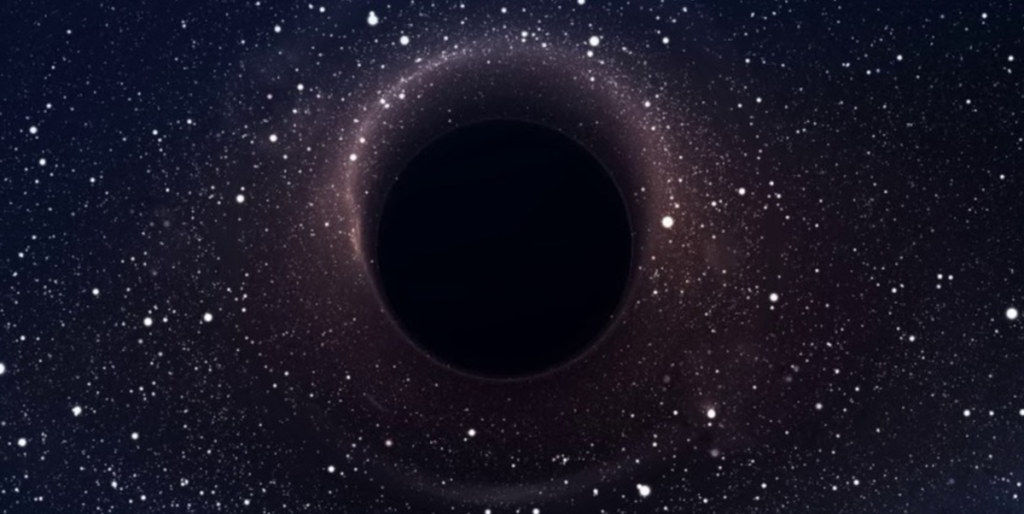 The Eridanus supervoid is the biggest “hole” in outer space, which was first discovered in August 24, 2007. This great something is located near the constellation Eridanus.

In addition, this region is colder than any other place in the Universe, and most importantly, scientists still cannot explain how and when the Eridanus Supervoid could appear.

What is known about the Eridanus super void

This was a real challenge to modern theory. After all, according to conventional ideas, the space of the Universe is homogeneous, and, therefore, microwave radiation should be approximately the same in all its parts.

But that’s not the only oddity found in the spot. Such anomalies were recorded in it, which did not fit into the generally accepted theory: for example, the signals from one side of the sky were much weaker than from the other, and an area was also found where the temperature was 150 microkelvin lower, which, in principle, could not exist.

Initially, the scientists took the obtained data as an equipment malfunction, but further research confirmed the reality of the object, and scientists began to speculate.

How scientists try to explain the Eridanus emptiness

Since the discovery of this great void, scientists have been constructing a variety of theories and conjectures.

So in October 2007, two astrophysicists N. Turok (Cambridge) and M. Cruz (Cantabria) put forward their theory that the “cold spot” found in the constellation Eridanus is nothing more than an ancient flaw in the fabric of the Universe, which can be compared to a layer of ice, where air bubbles are preserved.

According to this version, after only one billion years, the cooling matter in the Universe was unevenly distributed, and this is how voids arose – residual traces of the early Universe. The scientists admitted that they could not prove their theory in any way.

The whole Eridanus mystery began to fascinate the scientific community and in May 2008, another theory was put forward, in which the “cold spot” was recognized as a real object, but they refused to believe that there was a continuous void.

After all, according to the calculations, any void is too small to form such a spot. This fact gave birth to a new theory that this cold spot is the gravitational influence of another Universe.

This was stated by professor at the University of North Carolina L. Mersini-Houghton. According to her reasoning, standard cosmology is unable to explain such a giant cold hole in any way.

This means that it can be a “fingerprint” of another Universe and the main reason for this is the presence of quantum communication. This notorious connection does not allow galaxies to form in this place and in fact, emptiness is a passage to another Universe, from which our Universe separated from in the first moments of the Big Bang.

Despite the seeming absurdity of this theory, some scientists believed in it and developed it to the point that if our Universe is just one of many, then it means that there should be several such “spots-passages”.

After a careful study of the night sky, scientists discovered both the northern and southern cold spots.

In March 2009, in Australia, astronomers tracked almost 41% of the southern hemisphere of the sky, they found about 500 such voids and once again confirmed the reality of the Eridanus void. But after analyzing 21% of the northern hemisphere, they did not confirm the existence of a parallel void.

But, despite all these works, the general assessment of the theory of L. Mersini-Houghton was given as too unrealistic.

At the beginning of 2010, in the journal “The Journal of Cosmology”, a version was expressed that the supervoid Eridanus is nothing more than an incredible black hole, and its mass is comparable to the mass of the rest of the Universe, and our Universe revolves around this great Nothing. It was then assumed that this black hole will swallow our universe in the distant future.

Already in 2013, the Planck satellite refined the map of the microwave radiation of the Universe, and the “cold spot” was confirmed and even turned out to be larger than previously thought.

Further research showed that the void is actually not entirely empty, and it contains only less matter than in the rest of the Universe by only 20-30%. But scientists still cannot understand why the supervoid and the cold region coincided in one place.

To this day, scientists are struggling with the riddle of the supervoid Eridanus, in which modern theories simply do not work. So, it is quite possible that this is really a “door” to another universe but with existing technologies and knowledge, humanity will not learn anything.

Advertisement. Scroll to continue reading.
In this article:multiple universes, supervoids