Raju, the elephant, had been in confinement for 50 years. The poor animal probably didn’t understand what to do anymore, chained up and suffering multiple types of violence.

However, the emotion became too much for him when he became conscious that he was being rescued, and he began to cry in happiness.

Raju has been stuck with shackles around his feet every day for fifty years, being treated as a piece of property rather than a thinking animal.

Probably he had lost all hope until he was gifted with what was never supposed to be taken away – his freedom. 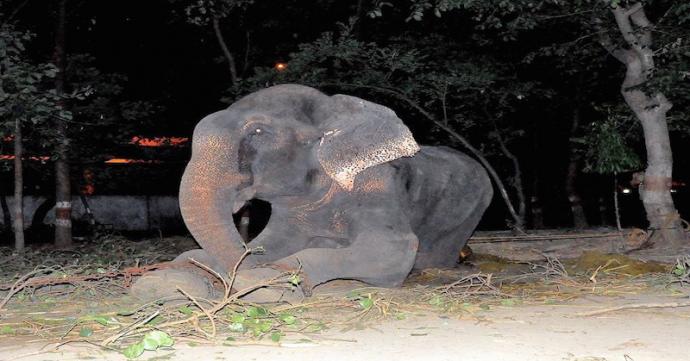 During times of elevated emotion, elephants shed tears like the death of a calf or when they were reunited with elephants they knew in the past. Not all elephants are crying, but not all beings are crying.

The UK-based animal charity, Wildlife SOS, said Raju had been sold on and on and had up to 27 owners. His state was terrible when he was discovered. With not enough food to eat, he began eating plastic and paper.

Because of the spiked shackles he was made to wear, his nails were severely overgrown, he has abscesses and wound. In addition, his footpad has been overgrown by continuous walking on a tarmac highway. 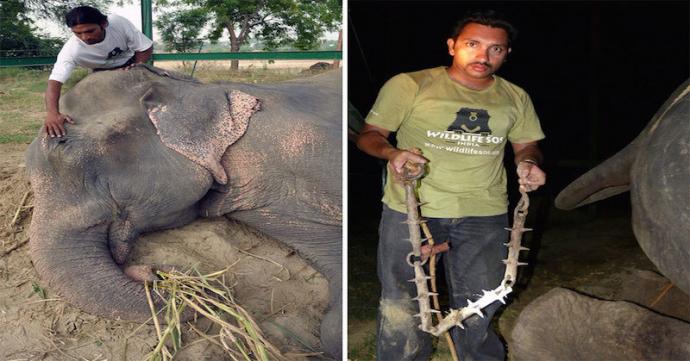 When the aged elephant realized that the team was there to help him, he started crying. This was an act of intolerable cruelty, chained up 24 hours a day.

During the rescue, the team that saved him was totally amazed to see tears rolling down his face. It’s been very emotional.

Elephants are creatures that are highly intelligent and emotional.

The elephant was moved 350 miles away to Mathura’s Elephant Conservation and Care Center of Wildlife SOS after being saved. 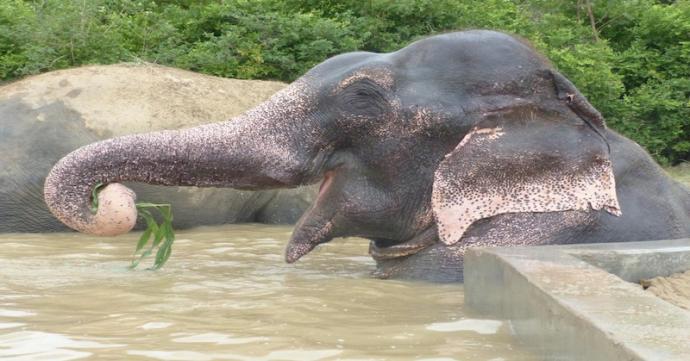 Here, before becoming companions with the other rescued elephants at the sanctuary, he got much needed medical attention. He eventually has a home to play with as well as some new friends.

In this article:elephants, Wildlife SOS