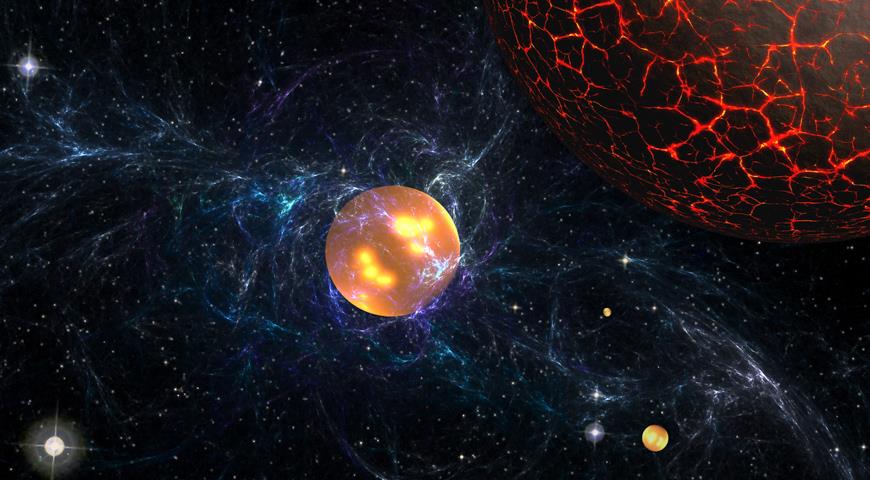 On May 12, a weak coronal solar mass ejection hit the Earth, ejected from the Sun. It was not even a flash, it was a thread of magnetism detached from the luminary and into a cloud from which our planet fell. Scientists have announced that this event will pass unnoticed by the Earth. It was believed that it might cause faint auroras, but nothing more. How did the strong geomagnetic storm of the G3 (Kr7) level originate?

And when we say nobody, we mean nobody predicted it: neither NASA, NOAA, ESA, IPS in Australia, and these are the leading space weather tracking and forecasting services!

This is slightly stronger than the standard solar wind, but weak for a coronal mass ejection. This flow was not dense, and the ejected threads of magnetism could hardly have provoked a geomagnetic storm of such force. This is why all space weather forecasting services were completely unaware of what was going to happen.

“There is absolutely nothing in the history of space weather that would allow us to expect a strong geomagnetic storm from a weak plasma flow caused by the eruption of a small plasma filament” – this is how “space meteorologists” justify their mistake.

And while the G3 / KP7 storm itself is not terrible for our civilization, the fact that the constantly weakening magnetosphere of the Earth could not cope with such a weak solar event (plasma cloud) is worrisome, especially considering that the magnetic field of our planet at that time was calm – there were no previous impacts or plasma streams from coronal holes “

The best explanation and the most obvious is that the Earth’s magnetic field is weaker than scientists think or are forced to say (and tell us). Much weaker and unstable.

Back in 2000, scientists knew that Earth’s magnetic field had lost 10 percent of its strength since the 1800s. Another 5 percent was lost by 2010. A further acceleration of the power drop occurred in recent years, 2015 and 2017, but we, the inhabitants, were not privy to the data on additional power losses “of the Earth’s magnetic shield).

Given the last reliable information we have in 2010, our magnetic field should have coped with the impact of this weak burst much better than it actually did.

What happens if the next impact is not just a weak cloud of plasma from a detached thread of magnetism, but a powerful flash directed at the Earth?

What happens when an X-class solar flare is launched in our direction?

The sun is capable of much more, especially now that it continues to gain momentum in the 25th solar cycle.

The solar maximum for cycle 25 will not come until 2024/25, which means we still have 4 or so years of increasing threat ahead.

Moreover, solar activity is now extremely low. The “Solar minimum of cycle 24″ continues, but it is this period of the transition between low and strong activity that is the most unpredictable and dangerous. Even with low or no activity, the Sun can unexpectedly produce the most powerful X-class flare.

What does this mean?

Nothing good, and even “space meteorologists” admit this, who thoughtfully write that if the seriousness of this recent geomagnetic event (and what else?) Is caused by the weakening of the magnetic field of our planet, then we will not survive the upcoming 25th cycle of the “Active Suns with many active zones (sunspots).

The Earth’s magnetic field, our only shield that protects all life on the planet from destructive cosmic radiation and powerful solar flares, no longer actually works. It cannot even reflect a ball thrown at us, and what will happen when not soft balls fly, but bullets or shells? I think the comparison is clear to everyone in order to understand the consequences.

And at this time, another spot (active zone) will soon appear on the Sun. NASA’s STEREO-A spacecraft is monitoring an ultraviolet hotspot on the far side of the Sun – likely a sunspot. If so, the active zones, capable of powerful flares, will rotate over the southeastern limb of the Sun this weekend.

In this article:geomagnetic storms, Sun