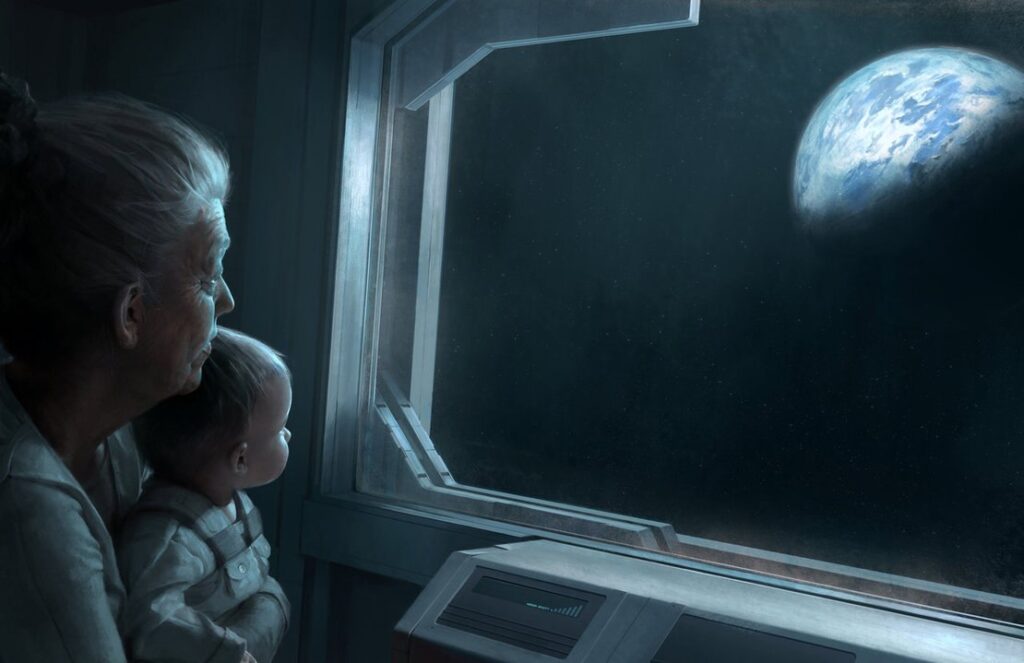 Scientists around the world are recording something frightening: lakes, rivers and waterfalls are disappearing all over the planet.

The drying up of lakes is a frequent phenomenon nowadays. For example, when torrential rains hit parts of the United States, in Bolivia the opposite happened: drought caused the drying up of Poopó – the second largest lake with an area of ​​3,000 km² and a depth of about 3 meters.

Satellite images show that by January 2016, the lake was completely dry, and this became a tragedy for local residents and a harsh prediction about the future of many lakes on a global scale.

Chile’s Laguna de Aculeo, a 6 meter deep lake and 14 km² in area, dried up in just 7 years. A long-term drought in April 2019 left a layer of mud and green vegetation in its place. Animals and birds died, as they lost their main source of water, and people still have to stock up on bottled water.

California’s Lake Oroville, the second largest reservoir in the state, is rapidly disappearing. The water level of the once deepest body of water, for the first time in history dropped to a record low and became so low that the local hydroelectric power plant was forced to refuse service.

Drought is not the only reason for the disappearance of lakes. In our opinion, this process is not fully understood.

The phenomenon of the disappearance of entire lakes is a reason to think that some processes have occurred in the Earth’s bowels. Also, apart from lakes, rivers disappear too.

A devastating drought in Brazil and Argentina in 2021 resulted in the shallowing of the Parana River, the second longest in South America after the Amazon, are at their lowest in 77 years.

This led to the fact that Argentina declared a state of emergency for 180 days. Agriculture found itself in a difficult position, as Argentine ships had to reduce their tonnage by about 20%, which led to an increase in transport costs and a decrease in agricultural exports.

The water in the Atoyac River (Mexico) disappeared overnight after a giant fissure opened through which the water escaped. Residents of the village of San Fermina, next to which a crack formed, claim that they heard a roar at night and felt the earth tremble. When going out into the street, they saw a crack in the river bed where the water flowed.

Local officials said the crack, which begins 3 kilometers from the river’s source and is about 30 meters wide, continues to widen and create new cracks.

The river was the only source of water for the 10,000-strong state of Veracruz and supplied water to thousands of families, as well as sugar plantations, which provided income for most of the local residents.

The great Indus River in Pakistan today also remained almost without water, and the size of its delta has decreased by more than 5 times. Several settlements along the coast were deserted and hundreds of people had to leave. And this despite the fact that the Indus River basin is a water “time bomb” that can explode at any moment.

The complex relationship between India and Pakistan, as well as the growing population of these countries, could lead to nuclear war for water resources.

In 2016, the once raging Slims River in Canada has practically disappeared. Once it was 500 m wide and 3 m deep, but in 4 days it stopped flowing and turned into a long narrow lake.

The Rio Grande River, important for residents of the USA and Mexico also disappears. The Rio Grande was once a stormy river and is translated from Spanish as “Great River”.

But today it does not even enter the Gulf of Mexico, because it has become so shallow that the remaining waters are completely dismantled for the needs of the population and farms with their endless fields and herds of animals.

At the moment, there are a lot of rivers in the world under drying up threat, including large ones: from Colorado to the Tigris.

Drying rivers can be found in all climatic zones and on all continents. According to research by US scientists, the water level in the world’s largest rivers has decreased significantly over the past 50 years. Between 51% and 60% of earth’s rivers and streams, periodically stop flowing or dry up during some part of the year. The situation is the same with waterfalls.

Iguazu, one of the most majestic waterfalls in the world, located on the border of Brazil and Argentina and almost 3 km wide, reduced the volume of flow by 5 times in recent years. The cause is believed to be the worst drought that has hit South America in recent years.

On another continent, in Africa, the world’s second largest waterfall, Victoria also in 2019 was on the verge of extinction.

Highest waterfall in Ecuador San Rafael in 2020. Instead of a seething waterfall, a thin, barely noticeable stream now flows over the rocks.

Many scientists associate the shallowing of waterfalls, rivers and lakes with seasonality, but we see how water is rapidly leaving on all continents, which means this is a planetary process. After all, nature constantly warns us that we are gradually crossing the red line, and this inevitable is approaching very quickly. The water goes away, even when there is no drought.

For example, in China, 28,000 rivers disappeared despite frequent floods and heavy rainfall, which is more than 50% of the rivers of the entire country. Scientists associate this with accelerated economic growth.

Over the past 30 years, more than 10,000 rivers have disappeared in Ukraine, and wells are drying up. The problem of water scarcity is visible even in England, where a quarter of the rivers and half of the small streams are also endangered.

India’s annual water crisis affects nearly 1 million people. You can enumerate endlessly, so a natural question arises: why and where does the water disappear?

Now our planet is entering a cycle of planetary cataclysms that occur every 12,000 years. During this cycle, there is a galactic impact on the core of the planet, as a result of which it is unbalanced and begins to “jump”. Because of this, the planet accelerates its rotation and begins to expand along the equator, microcracks are formed, and water from reservoirs goes to great depths. This water intake by the planet can be compared to inhalation.

As a result of the acceleration of the planet’s rotation, its centrifugal force is accelerated, and magma begins to rise to the surface of the earth’s crust and heat up underground waters.

Nowadays we observe a rapid melting of glaciers from the bottom up, heating of deep layers of the world’s oceans, melting of permafrost, as well as cases when water in wells boils in front of people. The only exclusion would be Western Siberia where at a depth of 1.5 km, an underground hot ocean of fresh water was found.

Its area is about 3 million km², and the volume is 1 trillion m³, i.e. 2 times the size of the Mediterranean Sea. Such seething, boiling seas are found not only under Siberia, but also in many other regions.

To find out exactly where the underground oceans lie, scientists from the University of Washington processed about 600 thousand seismograms. The results turned out to be a sensation: under the eastern part of the continent of Eurasia and under North America there are huge reservoirs of water that are larger in volume than the Arctic Ocean.

And here it is more interesting, because here we come to the causes of the Biblical flood. After all, we know that during this flood in a very short time the mountains became the bottom of the ocean, because these ancient reservoirs of water “burst”.

From time immemorial it was said that the planet breathes: the Earth absorbs moisture, and when it shrinks, it gives it back. This happens instantly – it can happen in one night.

So, when magma gets to these huge reserves of water, it will begin to avalanche, which is why we now see the greenhouse effect and global warming associated with it all over the planet.

When water in huge quantities comes out from under the Earth, that is, when the planet breathes out, this will lead to incessant rainstorms that will entail catastrophic floods. The rise of water for kilometers awaits us, and only the tops of the mountains will remain. Therefore, today we are caught in the crosshairs, when humanity decides whether it will live or not.

The guardian will be the climate – the most terrible enemy, which is merciless in its manifestation and which took the lives of many civilizations before us. Humanity has already entered this period of climate change, but because of the separation and our consumer format, we don’t resist and don’t even know about it.

We are starting to fight CO2 emissions, improve the environment, but in terms of climate, it’s all useless. In fact, if we want to save life on our planet, then we need to act as a united front.

This is the only way we are guaranteed a safe future, because for this there are such transitional periods for humanity to choose: whether it will continue to live as a single civilization or perish, like many other people who lived in the same consumer format.

Therefore, we ought to be able to develop technologies that will provide us with the opportunity to save our lives when the Earth exhales.

“A materialistic and money-based society is a totally wrong society. It will go down in history as a society with the lowest rates of human development. We have the minds, skills, technologies and abilities to build a completely new civilization.”

The construction of such a society depends on all people, so now everyone decides which way we will go according to the life or death scenario.

Advertisement. Scroll to continue reading.
In this article:drought, Floods 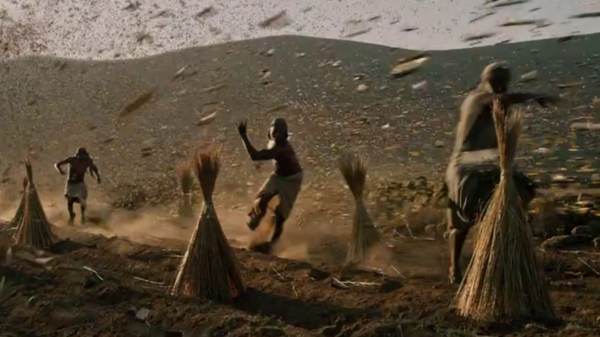 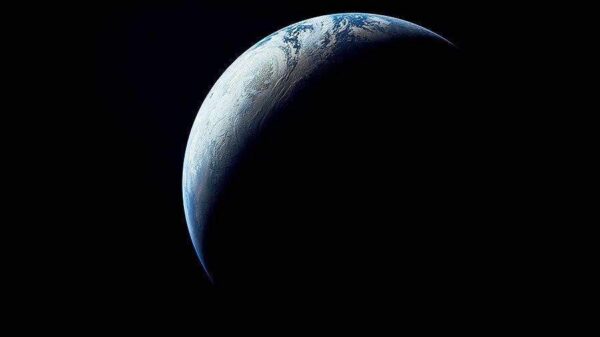 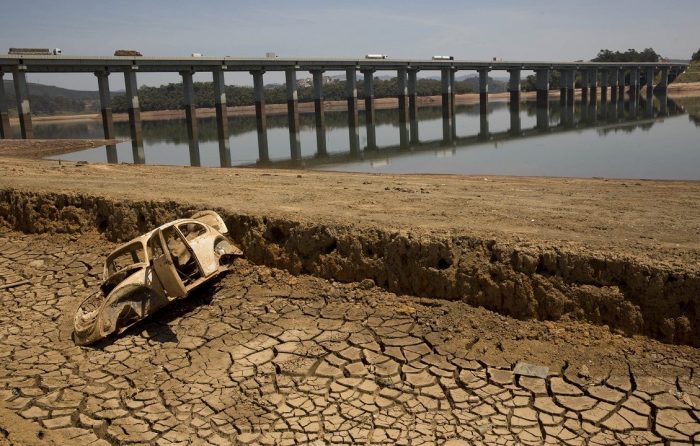