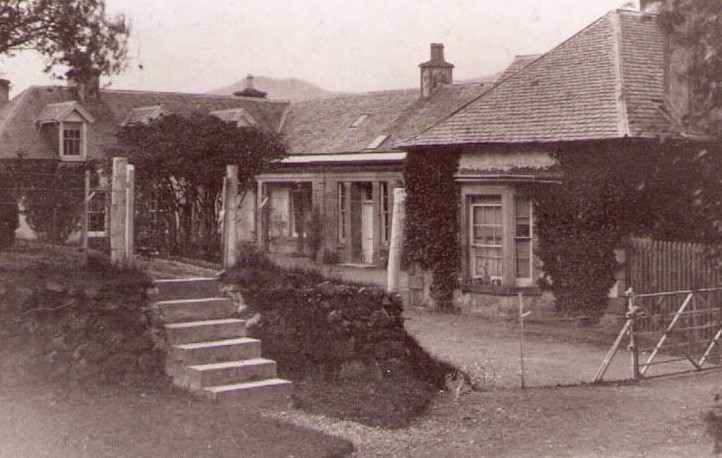 Near Loch Ness stands the dreaded Boleskine House of infamous Occultists and Rock Stars alike. Within lies a harrowing history of demonic madness.

One thing is for sure. The old country is a spooky place. Something that will always separate Europe from America is the difference of having thousands of years of relatively well-known and documented history.

Not all of it may sit well with the faint of heart either. Through bloodshed and misery the castles and streets have become havens for ghostly apparitions of the restless undead.

However, it is the mystery of the countryside, especially the cryptic and beautifully bleak countryside of Great Britain that can share histories of unparalleled horror. With its old names and enigmatic backgrounds these haunts are breeding places for untold terrors.

The southern bank of Loch Ness in Scotland is no different. In fact, it has a tale to fill the stoutest heart with ice that is less than one hundred years old.

The House of Demons and Sorcery

It is like any other Scottish country mansion. Beautiful and old, a mysteriously majestic quality the same of which cannot truly be found anywhere else in the world. Yet inside the salmon stucco walls of Boleskine House a horrible secret is kept.

For starters across the courtyard on the other side of a rural road rests a graveyard that is over a century old. It was built in the late nineteenth century by a man named Archibald Fraser. Its neighbor, macabre resting place, predates the house by decades. This is because before there was a house at Boleskine there was an old church. One that burnt to the ground– with everyone inside it.

Not a happy place to put up a lot. Rumor has it that a tunnel was built to connect the graveyard to the house, but that is only the beginning of the tragedies that would soon fill this place with dread.

In 1899, the house was acquired by the infamous magician Aleistor Crowley for a very specific purpose. It was Crowley’s intention to use the house’s remote location to summon the hordes of demonic spirits as listed in the grimoire The Book of the Sacred Magick of Abra-Melin the Mage.

This sort of hocus pocus may sound like nothing more than a standard game of Dungeons and Dragons, but Crowley was more than deadly serious. To quote him:

“The first essential is a house in a more or less secluded situation. There should be a door opening to the North from the room of which you make your oratory. Outside this door, you construct a terrace covered in fine river sand. This ends in a ‘lodge’ where the spirits may congregate.”

With the proper house obtained Crowley set about the task of completing a complex six-month ritual that would end in disaster.

Throughout his life, Crowley mentions a continuous personal goal to make contact with his holy guardian angel. To do this he would first have to summon the forces of darkness. Strange occurrences began happening in the area, hushed whispers of it being bad luck to go near the house began to circulate. The terrified locals stayed as far away from Crowley and his house as they could. Some even stated that the impression of the cloven goat hoofs of Lucifer himself could be seen on Crowley’s river sand terrace. A couple people even went mad.

Then it happened. The crumbling leadership of the Occult order of the Golden Dawn requested the help of Crowley to bring stability to their lodge. Despite his qualms of what was surely going to happen, Crowley left Boleskine house with the ritual unfinished.

By the time he would return a canopy of perpetually dark clouds hung over the house. The man Crowley had left in charge of the house had fled and no one in the local village dared come within sight. Crowley himself soon fled too.

Madness at the Lake of Loch Ness

It has been pointed out by a few that the early sightings of the fabled Loch Ness Monster ironically coincide with the fleeing of Crowley from the house. Yet what would happen inside the house near its southern bank in the subsequent years to come would, shall it be said, blow the odd little creature out of the water.

It is recorded knowledge that most who took up residence at Boleskine either went insane or left quickly. Like the house in Amityville, there were many who could only take the oppressive and frightening strangeness for a month.

A young man left his blind wife calling out and groping through the halls as he wandered out into the hills. A military officer with no determined history of mental illness committed suicide.

The bad vibes and bad luck of the place would continue until it came into the hands of the perfect owner. The guitar god and life long Occult practitioner, Jimmy Page of the band Led Zepellin.

In the early 1970s, Boleskine house came into the possession of Jimmy Page the rock star whose life is quite chronicled. What some don’t know about Page is that he really was and still is into the practice of Crowleyen magick.

Any fan of the music need not look too far to discover that throughout his life Page has spent countless hours and dime in the search of Occult relics primarily having to do with Crowley. Accompanying this hobby, despite his admittance to it, is the absolute silence Page has kept over the years regarding the matter or anything similar in nature.

Though Page admitted to encountering the spirits within Boleskine himself, it is not he who the stories come from. These events were handed down by his childhood friend, Malcolm Dent, who Page made caretaker of the property.

Dent was the perfect choice for the job. He was not to be found in the rock music scene or any scene for that matter. A down to earth man with no vice for substance Jimmy placed him in charge of the grounds while he was away.

While the master of the house was gone Dent spent most of his time trying to ignore the bumps in the night as well as fight off the not-so-peace loving Crowley hippies who would stalk the house grounds.

Did Dent know what he was getting himself into when he first came to the house and found a Pentagram, sword, and ritual room floor covered in river sand? Probably not too the extent that he would soon find out. One night he woke up to the sound of rolling crashes outside in the hall.

A thumping, thudding sound that went back and forth down the hallway. He expected the cats, but later found out he was not the first to hear these sounds. They dated back to a beheading that had taken place there some time ago. The rolling sound was the man’s head scuttling about on the floor.

Another time Dent woke up in the clutches of fear. A thing sat outside his bedroom door. It sniffed and scratched, pulling at the lock. Dent sat upright with his pocketknife and did not venture out of his room until noon the next day.

He later stated that it was the most horrifying experience of his life and that he knew beyond the shadow of a doubt that whatever hunted him that night was pure evil.

Dent would go on to marry and raise a family in Boleskine house till 1991 when Jimmy Page sold the property. This brave soul passed away just last year.

The house still stands and is open for visitation by all. For a while it was a reputable bed and breakfast where according to the new owners nothing out of the ordinary seemed to happen. It is a peaceful place now surrounded by the beautiful Scottish countryside.

Ever so often throughout the years the house does come back on the market. Keep an ear open for its listing.

Advertisement. Scroll to continue reading.
In this article:demons, sorcery