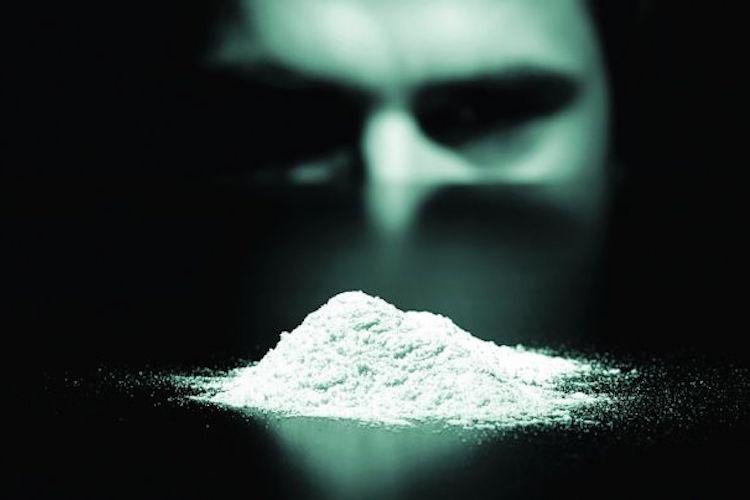 Apparently, it’s a cosmic law that whatever the government wages war against mysteriously becomes exponentially worse. Take drugs, for example. After decades of a brutal and destructive international war, drugs just keep on becoming more prevalent and more dangerous.

But the drug war is part of the zeitgeist, and so we have that strange and terrible dynamic where something that could be potentially be useful and beneficial is forced into the underground where manufacture and distribution are bastardized and taken over by criminals and murderers.

Cocaine is a popular drug with some 22+ million estimated global users, which amounts to almost the entire population of Australia. When produced properly, it’s apparently amazing enough that even Sigmund Freud was quite fond of it, noting:

“…exhilaration and lasting euphoria, which in no way differs from the normal euphoria of the healthy person…You perceive an increase of self-control and possess more vitality and capacity for work….In other words, you are simply normal, and it is soon hard to believe you are under the influence of any drug….Long intensive physical work is performed without any fatigue…This result is enjoyed without any of the unpleasant after-effects that follow exhilaration brought about by alcohol….Absolutely no craving for the further use of cocaine appears after the first, or even after repeated taking of the drug…” [Source]

The Rolling Stones, and many other amazing rock bands from the 60’s and 70’s, produced much of their greatest music under the influence of Merck pharmaceutical grade cocaine. Guitarist Keith Richards talks about this in his autobiography, Life, commenting on the incredible quality difference in pharmaceutical cocaine and street cocaine.

“Pharmaceutical cocaine cannot be compared in any way to cocaine produced in Central or South America. It is pure, does not bring on depression or lethargy. A totally different type of euphoria, one of creativity, exists immediately when it is absorbed by the central nervous system. There are absolutely no withdrawal symptoms.”

Cocaine, as it is today, has unleashed apocalyptic levels of depravity, corruption, and crime in the world. It seems to bring out the very worst in people, unleashing their most base-level, lower-consciousness selves, which is why it’s no surprise that cocaine is the drug that fuels Wall Street.

2017 was a record year for Colombian cocaine production, and because of the insane war on drugs, most of the world’s raw cocaine is produced in clandestine jungle laboratories where coca farmers turn leaves into raw cocaine paste using basic chemistry and commonly found noxious chemical ingredients.

Necessary in the production of jungle cocaine are the following ingredients, according to several documentary reports, two of which can be seen below.

But wait, that’s not all!

Once the paste is made, all these chemicals are dumped into rivers in the jungles in South America.  Then, to turn the raw paste into the street product, dealers up and down the supply chain add their own fillers, so that by the time it reaches the consumers, it’s typically less than 20% actual cocaine. Filler ingredients vary widely, but here are many of the most common:

So, what could be a product that may have some positive uses for some people has now been turned into a black market crime against humanity. Modern cocaine can rot your skin, make your ears turn black and die, and your nose fall off. And the war over it is killing hundreds of thousands of people and corrupting countless others. All so people can snort a grab bag of nasty chemicals.

While cocaine has a sort of glamorous image in the big city, it’s really one of the nastiest, toxic, and environmentally destructive agricultural products on earth. But it is an irreversible fact of human nature that we always have been and always will be drawn to altered states of consciousness. Which is why the war on drugs makes no sense.

Vic Bishop is a staff writer for WakingTimes.com. He is an observer of people, animals, nature, and he loves to ponder the connection and relationship between them all. A believer in always striving to becoming self-sufficient and free from the matrix.

This article (The Diabolical Truth About Mass-Market Cocaine) was originally created and published by Waking Times and is published here under a Creative Commons license with attribution to Vic Bishop and WakingTimes.com. It may be re-posted freely with proper attribution, author bio and internal links.

In this article:chemicals, Cocaine, featured