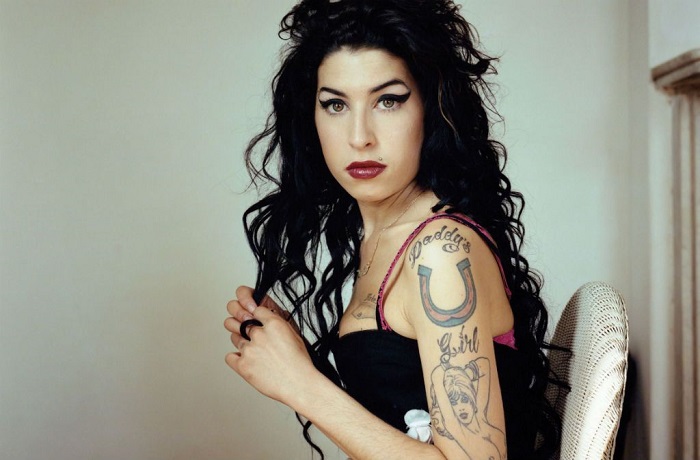 Jimi Hendrix, Jim Morrison, Kurt Cobain or Amy Winehouse. They all have something in common: the age of their death. They have since been part of a very closed circle of which no artist wishes to belong: the Club of 27.

A look back at a phenomenon that is now part of the collective unconscious, as well as the list of personalities who died at the age of 27 and are part of the Club of 27.

Between July 1969 and July 1971, the rock movement invaded the airwaves. Many rock artists have reached their peak and are adored by fans. The concerts of groups like the Rolling Stones or The Doors provoke delirious crowds! But very quickly, a wave of tragic events will sadden a mass of idols, and intrigue the spirits.

The first missing from the club of 27: the beginning of the curse

It all started on July 3, 1969. Brian Jones, founder of the Rolling Stones, was found dead at the bottom of his swimming pool by a friend whom he had invited. Two years earlier, he began to experience a dark period when drugs and his romantic failures gradually prevented him from playing properly. His changing character and his lifestyle lead Keith Richards, guitarist of the group, to tell him that he would not reach his 30th birthday.

Under pressure from him and Mick Jagger, he left the group in June 1969. His death then became a source of rumors. Some would go so far as to say that he was the victim of a murder in which Mick Jagger and Keith Richard allegedly participated. However, a name remains cited on multiple occasions: it is Frank Thorogood, a builder who came to carry out renovations to Brian Jones’ residence. Indeed, following a conflict that occurred on the night of July 3 to 4, the two men began to drink before diving into the pool.

But Brian Jones, thinking of going to sleep shortly before the conflict, broke out, had taken sleeping pills. Would the mixture of these substances be enough to cause his death? Or would Frank Thorogood help him? The doctor called to the scene of the tragedy, then pronounces the death, but the autopsy report concludes in an accident. He was buried 7 days later, he was only 27 years old. What followed was a series of almost similar dramas that upset the music scene, especially the rock and blues genre.

A little over a year later, on September 18, 1970, Jimi Hendrix was found dead in a hotel in London. The official cause of his death is said to be due to an overdose of barbiturates which he allegedly consumed with alcohol. He allegedly died of asphyxiation during his sleep, drowned in his vomit.

But rumor has it that it was a homicide carried out by his manager who made him drink alcohol with barbiturates by force. Jimi Hendrix will be buried on October 1, 1970. He was also only 27 years old.

Three days after Hendrix’s funeral, it’s Janis Joplin’s turn. It was October 4, 1970, when she was found dead from an overdose of heroin in her hotel room. She was working the day before on an album at the age of 27.

Almost a year has passed since Joplin’s death. It is July 3, 1971 when a new drama occurs, helping to establish in peoples minds the legend of the club of 27: the co-founder of the Doors, Jim Morrison, found dead in his bath after a heart attack. The circumstances of his death remain unclear however. His values ​​considered immoral by some as well as an overwhelming success of the group made him lose ground.

Drowning in alcohol, saturated by a lawsuit due to slippages during a concert of the group in Miami, but also exhausted by the rhythm of the musical environment, he will leave to rest in France or his excesses would have been right about him, according to the official version. But rumors are rife, especially as no autopsy has been performed on the body, with some versions presuming the use of heroin that led to his death.

The legend of the club of 27 becomes reality:

From the death of Jim Morrisson, the myth of the 27 begins to spread. But it will take 13 long years to revive the strange legend of this famous club, with the death of the famous Kurt Cobain, then leader of the rock group Nirvana.

On April 8, 1994 the body of Kurt Cobain was discovered with a letter and a rifle at his side. The autopsy report mentions a suicide with a bullet in the head. He was also 27 years old and the cause of his death was widely disputed. Besides the official version, the murder hypothesis is also put forward.

Time flies and the Club of 27 is no longer talked about. For the collective unconscious, would the legend be broken? The myth almost becomes an ancient story until July 23, 2011: Amy Winehouse dies of alcohol abuse. Also a follower of illicit substances, she would have been 28 on September 14. Death visited her before.

Other artists left at the age of 27, but their deaths have not been as publicized. However, is the curse of the 27 club finally lifted? Only the future can tell …

Advertisement. Scroll to continue reading.
In this article:club of 27, personalities who died at the age of 27