The Scottish Play and the The Bard’s Play are euphemisms for William Shakespeare’s Macbeth. The first is a reference to the play’s Scottish setting, the second a reference to Shakespeare’s popular nickname. According to a theatrical superstition, called the Scottish curse, speaking the name Macbeth inside a theatre will cause disaster. A variation of the superstition forbids direct quotation of the play (except during rehearsals) while inside a theater.
Because of this superstition, the lead character is most often referred to as the Scottish King or Scottish Lord. Sometimes Mackers is used to avoid saying the name, mostly in North America.
As success or failure in the theater can be influenced by so many intangible and unpredictable factors, it’s not surprising that actors and other theater types maintain a variety of long-standing superstitions, which often are taken very seriously. (The most famous is the insistence on saying “break a leg” rather than “good luck.”)
Two such superstitions float around Macbeth. The first is that it’s bad luck to even say “Macbeth” except during rehearsal or performance. When referring to the work one instead uses circumlocutions, such as “the Scottish play” or “Mackers” or “the Scottish business” or “the Glamis comedy” or just “that play.” Some say this rule applies only when inside a theater; it’s OK, therefore, to use the dread name in other settings – like classrooms, for instance.
The remedy, if someone does happen to utter the unutterable, is to leave the room, close the door, turn around three times, say a dirty word (or spit, some say), then knock on the door and ask to be let back in. If you can’t do all that, you simply quote from Hamlet, act 1, scene 4: “Angels and ministers of grace defend us!”
The second superstition is that the play itself brings ill luck to cast and crew, and many productions of Macbeth have, in fact, encountered unfortunate circumstances. The supposed origin story for this is that Shakespeare used “authentic” witches’ chants in the play; as punishment, real witches cast a curse on the play, condemning it for all time.

Those who believe in the curse claim that real spells are cast in the three witches scene. Some believers claim that including the character Hecate, frequently cut from productions of the play due to questions about her part’s authorship, intensifies the curse.
Actors who do not believe the superstition will sometimes abstain out of politeness to those that do.
Productions of Macbeth are said to have been plagued with accidents, many ending in death. According to legend, this dates back to the premiere of the play: an actor died because a real dagger was mistakenly used instead of the prop. The play does include more fight scenes and other such opportunities for accidents than does the average play, and the atmosphere in the backstage area of old-fashioned theatres was a prime setting for disasters, especially when dealing with potentially dangerous equipment. This would explain the accidents without invoking magic.
The popularity of the superstition might also be related to its mild hazing aspect. Veteran actors might relate some tale of woe that they witnessed personally due to someone invoking the curse, lending credibility and immediacy to the tale.

According to the superstition, Shakespeare got a few of the lines from an actual coven of witches and when they saw the play they were greatly offended and cursed the play. Another tradition tells that the original propmaster could not find a suitable pot for a cauldron and stole one from a coven, who then cursed the play in revenge for the theft. It is believed that breaking the taboo calls the ghosts of the three witches to the show and it is they who cause all the mishaps. The last, and probably most spectacular view of the curse is that Shakespeare used the curse in the play to actually curse the play himself, guaranteeing that no one other than himself would be able to direct the play. It is also reported that when Shakespeare learned that James I, whose Scottish heritage he was trying to celebrate with the play, had not particularly enjoyed it, he became bitterly disappointed and would only refer to the play as “that Scottish play” for the rest of his life.

If legends are to be believed, bad fortune for productions of Macbeth seems to have started fairly early on: one story (which I have not been able to verify), is that King James I banned the play for about five years after he first saw it, in 1606. Some say he found the witches’ curses too realistic – having authored a work on demonology, he considered himself an expert.
Among the incidents cited as examples of the curse at work (and we don’t guarantee the veracity of some of the earlier stories):
• In the first production of Macbeth, on August 7, 1606, Hal Berridge, the boy playing Lady Macbeth, became feverish and died backstage. This story is likely mythical, and further tradition says that Shakespeare had to take over the part. (One version holds that Shakespeare played the role badly, and later chewed out his fellow actors for mentioning “that play,” thus beginning the tradition of not referring to it by name.)
• In a 1672 production in Amsterdam, the actor playing Macbeth substituted a real dagger for the blunted stage dagger and killed the actor playing Duncan, in full view of the audience.
• On the opening day of a London run in 1703, England was hit with one of the most violent storms in its history.
• At a 1721 performance a nobleman in the audience got up in the middle of a scene and walked across the stage to talk with a friend. The actors chased him from the premises; he returned with militiamen, who burned the theater down.
• Female Lady Macbeths haven’t been immune. In 1775, Sarah Siddons was nearly attacked by a disapproving audience. In 1926, Sybil Thorndike was almost strangled by a fellow actor. And in 1948, Diana Wynyard decided to play the sleepwalking scene with her eyes closed and sleepwalked right off the stage, falling 15 feet. In the best show-must-go-on tradition, she finished the performance.
• In the mid-1800s, two rival actors (William Charles Macready of England and Edwin Forrest of the U.S.) staged competing productions, so that on May 10, 1849, they were both playing Macbeth in New York. An audience of Forrest fans threw fruit and chairs at Macready during his performance at the Astor Place Opera House, disrupting the show and starting a riot. The militia was called in and fired on the crowd; more than 20 died and another 30-plus were wounded.
• On April 9, 1865, Abraham Lincoln was reading passages from Macbeth – those following Duncan’s assassination – aloud to some friends. Within a week Lincoln was himself assassinated.
• During the first modern-dress production, at the Royal Court Theatre in London in 1928, a large set collapsed, seriously injuring some cast members.
• In a 1937 production a heavy counterweight crashed to the stage, missing Laurence Olivier, playing Macbeth, by only inches.
• In a 1942 staging, with John Gielgud as Macbeth, three actors (two witches and Duncan) died and the set designer committed suicide.
• In a Thursday-night performance in 1947 actor Harold Norman was stabbed during the final sword fight in act 5 and died of his wounds. On Thursdays his ghost is now said to haunt the Coliseum Theatre in Oldham, where the fatal scene was played.
• In a 1953 outdoor production in Bermuda, during the realistically staged attack on Macbeth’s castle, a gust of wind blew smoke and flames into the audience, who fled. Charlton Heston, playing Macbeth, suffered severe burns on his groin and leg because his tights had accidentally been soaked in kerosene.
• Rip Torn’s 1970 production in New York City was halted by an actors’ strike.
• David Leary’s 1971 run was plagued with two fires and seven robberies.
• In 1971 Roman Polanski (who may himself have seemed cursed at the time, as his wife Sharon Tate had been murdered by followers of Charles Manson just two years earlier) made a film version; a camera operator was almost killed in an accident on the first day of shooting.
• J. Kenneth Campbell, playing Macduff, was mugged soon after the play’s opening in 1981 at Lincoln Center.
• In a 2001 production by the Cambridge Shakespeare Company, Macduff injured his back, Lady Macbeth bumped her head, Ross broke a toe, and two cedar trees from Birnam Wood topped over, destroying the set. There are several explanations for why Macbeth seems so accident-prone. During much of the play lighting is low – the bulk of the scenes take place at night or in the dark or fog – thus increasing opportunities for accidents. There are several fight scenes, more than in most plays; in a long run, it’s almost inevitable something will go amiss. Macbeth is also Shakespeare’s shortest tragedy, and thus somewhat cheaper to put on; one theory suggests that when finances get tight, companies will slap together a production of Macbeth, and during the general cutting of corners safety gets compromised.
But more than anything, the whole curse business benefits from a self-fulfilling circularity. Every play production involves some things going wrong – considering all the people, costumes, scenery, and equipment involved, there are bound to be problems. And if a play is popular enough to get staged and restaged for 400 years or so, some of those problems are bound to be pretty serious on occasion. If we could compile a list of accidents and near accidents for performances of, say, Hamlet, would it be equally long and dramatic? Almost certainly. But no one remembers or records these accidents, because there’s no curse on Hamlet.
When accidents happen around Macbeth, though, the superstitious nod wisely and mutter about the curse. The play itself is soaked in blood, violence, and disorder – it’s got gory ghosts, deceit, manipulation, assassination, malevolence, brutal murders of children, etc – and so provides fertile ground for dark musings. When cast and crew are expecting accidents, watching for them, any mishaps are uniquely bound to remembered. Every old actor has his or her own Macbeth story that gets reverently passed on to the younger ones. And so the curse persists, feeding upon its own reputation. 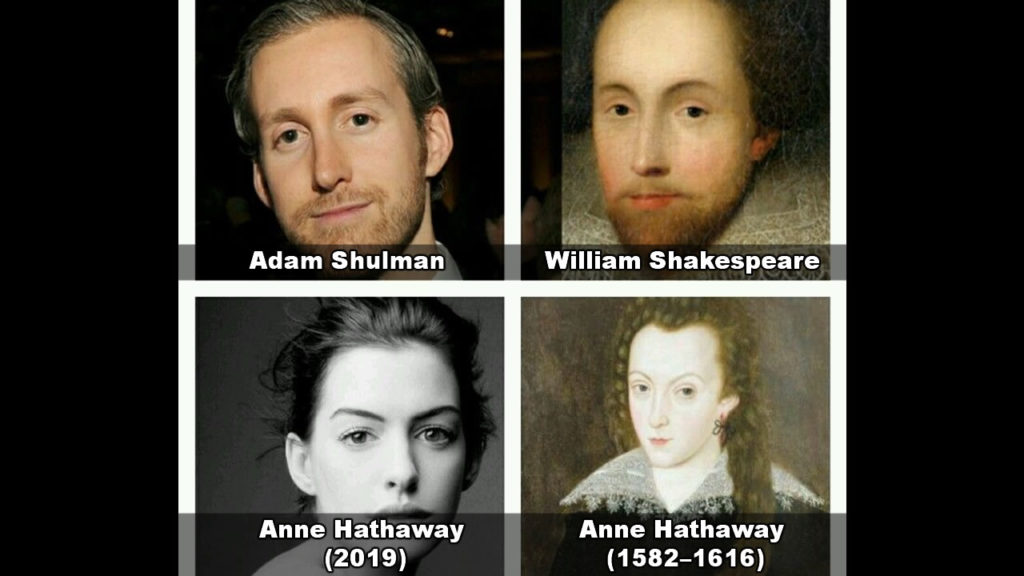 They say Shakespeare reincarnated to be Anne Hathaway’s husband

People are going crazy with a conspiracy theory about Anne Hathaway, her husband and Shakespeare. People on the Internet think that the husband of... 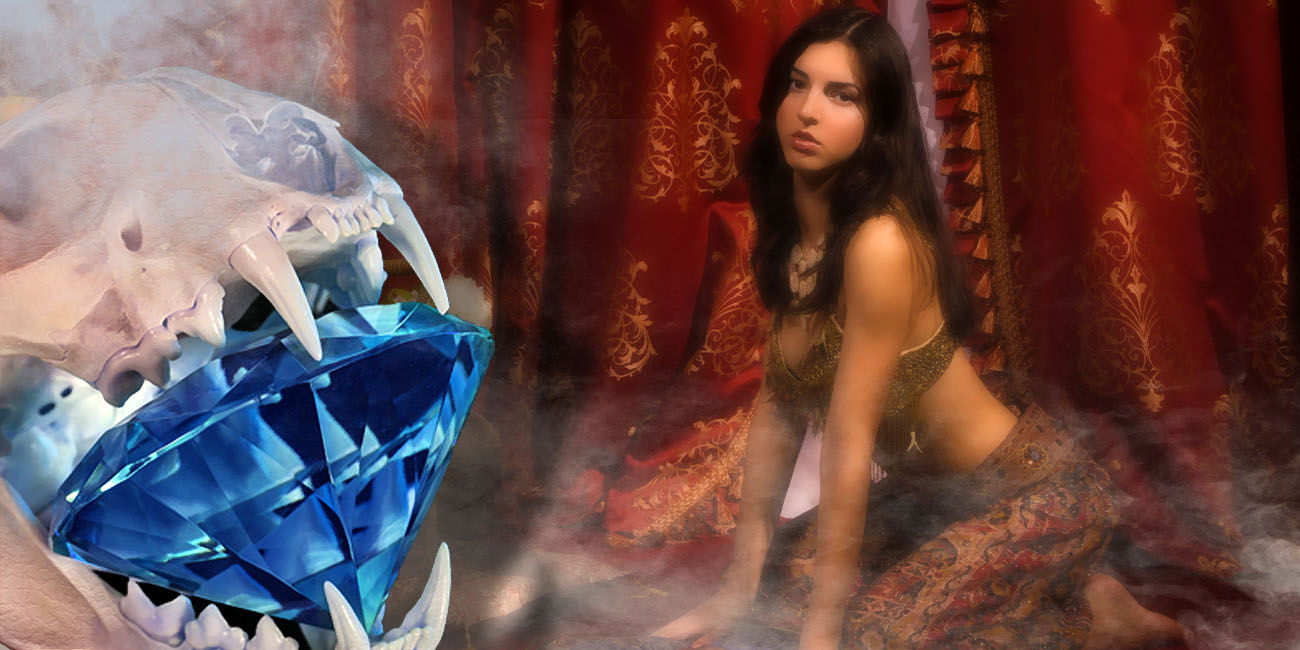 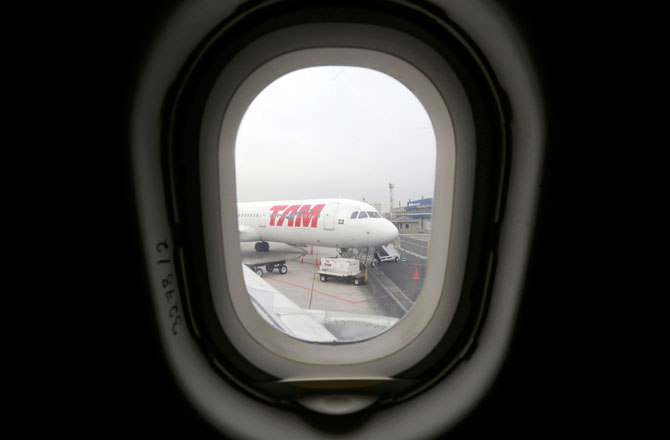 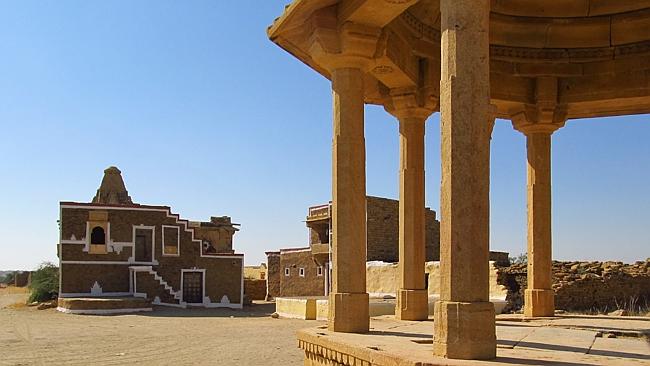 Kuldhara, India is a cursed ‘village of death’

by KATE SCHNEIDER TWO hundred years ago, an entire community vanished overnight. Nobody saw them leave, or figured out where they went. But as... 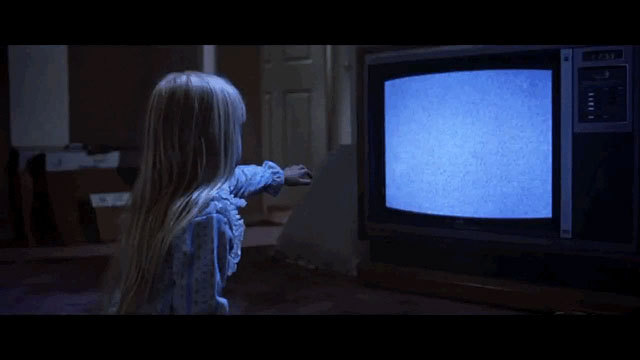 Does the Star Spangled Banner still fill you with dread? Does static on the television remind you that we’re probably surrounded by evil, evil...

150 years ago Jacob Cooley ordered his African American slave Hosea to build a chest for his first child. Hosea set to work, crafting...