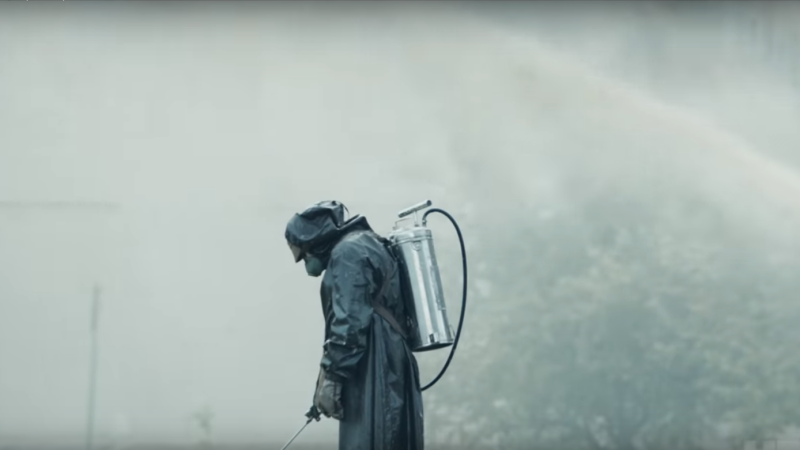 35 years have passed since the day of the largest thermonuclear explosion in history at the Chernobyl nuclear power plant. It is known that increased levels of radiation after the accident have been found all over the world. There are various, unusual conspiracy theories about the causes of the tragedy.

Initially, the special services considered the version of a terrorist attack while investigating the tragedy. A lot of narrow-profile specialists were involved in the investigation, who restored the exact chronology of events, scrupulously checking the facts. However, the State Security Committee did not find any compelling reasons that would indicate a terrorist act.

An employee of the Institute of Physics of the Earth, Russian Academy of Sciences, suggested that the accident was provoked by a local earthquake. As evidence, he cited a seismic shock recorded at the time of the catastrophe. However, experts found about 80 inaccuracies in the scientist’s report.

A year later, some scientists from the Institute of Physics of the Earth, again turned to this study and made an interesting conclusion.

On the night of April 26, some seismological stations detected a small seismic activity.

According to some reports, an earthquake occurred shortly before the accident at the nuclear power plant. What a coincidence! Thus, it can be assumed that the graphite rods designed to protect the reactor could not be reinserted due to poor protection against vibration and rock displacement.

Supporters of this version argue that the strong vibration that preceded the tragedy could have been caused not by processes inside the reactor, but by an earthquake, which led to the explosion of the fourth block.

The Revelations of John the Theologian, Chapter 8: 10-11 says:

It is interesting that the synonym for the name of the plant “wormwood” is “Chernobyl”. Could the Bible have predicted the Chernobyl disaster?

Firefighters who came to clean up the explosion said the reactor was a huge source of light. It is possible that the “trumpeting third angel” symbolizes an accident, but the water was contaminated with radiation and became bitter.

Not far from Chernobyl there is a sculpture called “Star-Wormwood”, created by a Ukrainian artist. The trumpeting angel is a memorial to honor the memory of the heroes who sacrificed their lives to save the world.

A community of Chernobyl survivors and Russian scientists lives on the Greek island of Gavdos.

Having moved to live on the island a few years after the accident and found themselves isolated from the outside world, the group focused on finding the source of eternal life.

The community leader was exposed to high levels of radiation after a trip to the exclusion zone. Refusing to go to Moscow for treatment, thinking that medicine would not be able to help him, he decided to move to a small village and become a farmer.

Is it a coincidence that members of the community were exposed to high levels of radiation? The ways of their life are not known for certain, but, most likely, they still live as they did during the Soviet Union. Have these highly respected scientists lost touch with reality? Their experience and reputation suggest otherwise.

There is a myth that before and after the accident, people saw a UFO near Chernobyl. One of the local residents told how, having arrived at the scene of the accident at night, he immediately noticed a fiery round object in the sky. A small ball was located 300 meters from the burning reactor block. An eyewitness allegedly watched this incomprehensible creature for about three minutes, and then the “alien” flew away in an unknown direction.

By the way, some believe that the UFO did not provoke the accident, but, on the contrary, helped to stop the further destruction of the reactor.

One of the “Chernobyl” legends says that some local residents who lived in the area of ​​the nuclear power plant claimed that they allegedly saw a terrible humanoid creature with red eyes and wings shortly before the accident. They called it “Chernobyl Thrush”.

It is reported that after observing this phenomenon, people were haunted by nightmares and strange phone calls.

Fans of conspiracy theories believe that the supernatural animal predicted a tragic event.

In this article:Chernobyl accident, Chernobyl UFO