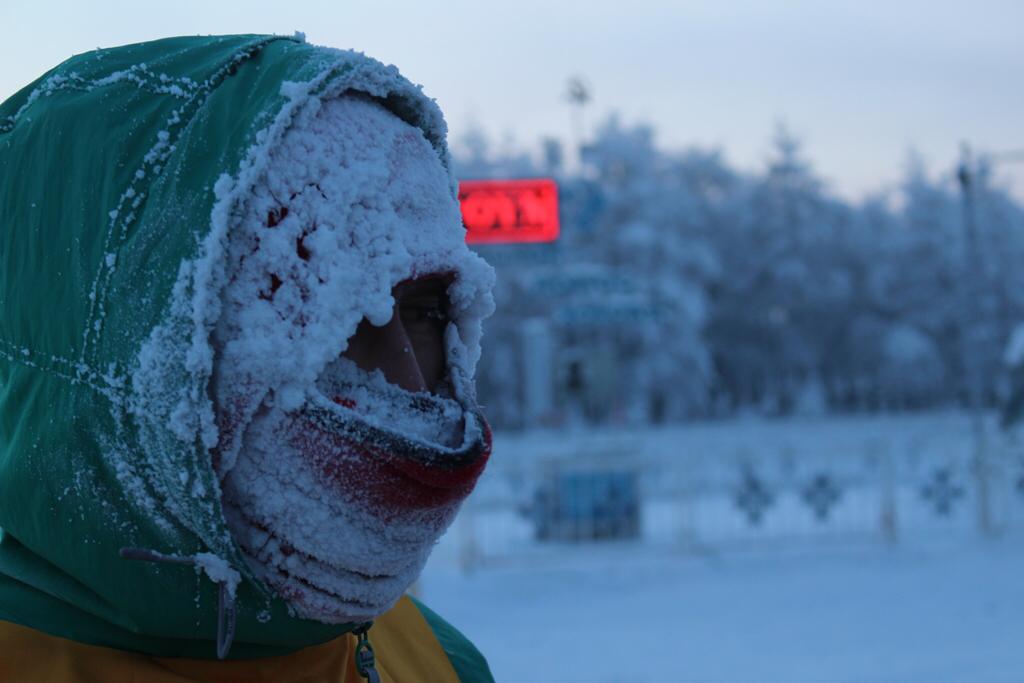 The time sequence has entered a cold winter, and snow has appeared in high latitude areas. The cold weather always makes people want to stay at home every day. However, in the World‘s coldest Village – (Oymyakon) there is the “World’s coldest primary school”, even though the temperature reached -51 ℃, it still operates as usual.

Oymyakon , a small town in northeastern Siberia in Russia, is known as the “coldest settlement place for mankind”, and the only local school is therefore called the coldest elementary school in the world . According to the “Siberian News” report, at 9 am on December 8, there was a low temperature of -51℃ in the area, but students still had to walk to school in the dark, ice and snow, because they had not yet reached the -52℃ suspension standard.

Local photographer Semyon Sivtsev took pictures of elementary school students wearing heavy warm clothing and cold masks, walking through the snow to go to school. How does it feel to be in a low temperature environment of -51℃? Sivtsev said that he must wear gloves all the time, otherwise his fingers will get frostbite, and he has only a short time to take photos ot clips.

This school, founded in 1932, provides teaching services for Oymyakon and two other nearby villages. Class hours are from 9 am to 5 pm. Due to the high local latitude, especially in December, the sun rises very late. Students often go out to school before the day is bright, and the sun has already set after school. There are many parents of Oymyakon students who accompany their children to school, and students from other villages have to take buses to school.

Interestingly, the name Oymyakon, the coldest town in the world, means “water that will not freeze” in Russian, because there is a hot spring near the village, and nomads will bring reindeer in winter. Come to the hot spring here to drink water.

In winter here, almost everything freezes, even bananas and oranges are frozen hard, and can be used as a hammer. Even vodka with extremely high alcohol concentration is no exception when placed outdoors, and it still freezes. Usually, when driving outside, the engine will freeze quickly, so the car must keep starting anytime and anywhere. Walking outside may cause frost on eyelashes. Sprinkling hot water into the air will instantly become ice mist.

The land freezes, making it almost impossible to grow crops. The most common local food is meat and fish. There is even a local dish with fish and venison slices in a frozen state.

There are about 500 residents in Oymyakon, whose main business is to raise dairy cows and reindeer. Although the weather is extremely cold, the water, air, and food here are very pure, so the villagers are reluctant to leave and still live tenaciously in the ice and snow.

In this article:Oymyakon, World's coldest Village