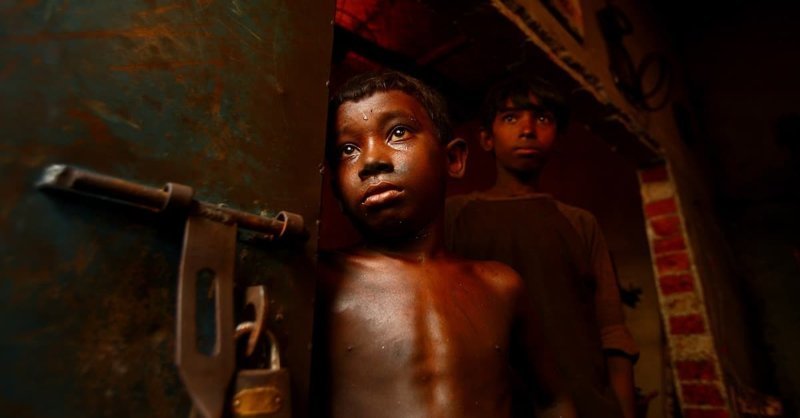 By the beginning of the 20th century, chocolate production was in full swing. People just went crazy about cocoa-flavored sweets. Once upon a time, all these delicacies were intended exclusively for the richest elite of society, but with the start of mass production, chocolate bars became available to everyone.

Large manufacturers have the opportunity to become fabulously rich very quickly. Huge profits were literally around the corner, but there was one obstacle between reality and the cherished dream: cocoa beans were very expensive. Demand grew, but the price still did not decrease.

The beans were mined in West Africa and while they were delivered to Europe and America, the supply chain was overgrown with a bunch of intermediaries who twisted the final prices to the skies. Somehow this issue had to be resolved. Luckily for chocolate makers, there was already another industry that could successfully meet the challenge.

It was the international corporation “De Beers” (or “Diamond Cartel”), which very tightly controlled the diamond mining market. This was an organized monopoly that united all the mines in Africa.

Fellow managers from De Beers (pictured above) squeezed the most out of their workers. The diamond mines often used forced and even child labor. As a result of such merciless exploitation, they earned simply insane money.

Chocolate manufacturers took note of this practice and decided that they, too, could apply this highly effective approach to their business. The whole world was hungry for chocolate and the businesses did not want to miss this opportunity.

Not all kids love chocolate

So far, 2/3 of all cocoa production is in West Africa, where approximately 1.6 million children work illegally. These are children who are not even 10 years old yet. Many of them have to plow on cocoa plantations without pay, just for food. This is child slavery.

When first world kids enjoy chocolate, third world kids experience very different emotions that this industry evokes in them. One is eaten, the other is produced.

Nestle and Mars corporations buy ingredients for the production of their chocolates in Africa. Moreover, following the example of the diamond cartel, major players have agreed on a maximum purchase price for cocoa beans, thus seriously knocking down their price.

By uniting, corporations reduced production costs and set the desired price for products. There is an opinion that outside of Africa they would be afraid to organize their chocolate cartel so openly, but in a country where no one is watching, everything is possible.

How does the chocolate cartel make money?

A farmer sells 1 kg of dried cocoa beans to an intermediary for about $1. These resellers collect goods from all over the region, wash them and pack them. Then they sell bags of cocoa beans to national exporters for $2.9/kg. They then deliver them around the world and sell them directly to manufacturers for about $3.1/kg.

Large factories make about 40 chocolate bars from 1 kg of cocoa beans (depending on the percentage of cocoa content). Manufacturer’s expenses are 8 cents per bar.

By 2014, chocolate sales worldwide exceeded $100 billion and farmers in the fields in Africa earn $1.25 a day.

If you earn so little, you simply cannot afford to hire workers. You have to use child labor, including illegal ones.

Children cannot resist physically, they have nowhere to run, they cannot unite to defend themselves or form some kind of union. Often, they are simply kidnapped from neighboring countries (Mali, Niger or Burkina Faso).

Scouts easily persuade them by telling them how they can get rich on the plantations. Being naive and in need of money, the kids agree to go to the farms. The person who brought the “young worker” is paid an average of $230-270, and their goal is to persuade or force the child to go with him by any means possible.

You have to work 12 hours every day without days off. All day, you need to take care of the plants and harvest the cocoa beans. Most of these children are paid with food, but the luckiest can earn 80 cents a day.

All this information is not particularly advertised because it is very important for chocolate companies to maintain their correct positioning. They also give people pleasure and happiness (though not all).

Skeleton in the closet

In the 2000s, the chocolate cartel had its first problems. The media began to actively highlight the history of child exploitation on farms and accuse producers of deliberately choosing plantations where this occurs.

Politicians in the US had to react and supported the idea of ​​completely eradicating child labor in Africa’s cocoa fields. This was the first serious blow to the cartel since its inception. And here’s how they solved the problem.

They publicly stated that this was unacceptable, and they, too, with all their might “against everything bad and for everything good”, came up with a special protocol to put an end to child labor. They allocated money to build schools for African children and launched public service announcements. Did all this solve the problem? No.

For more than 20 years, human rights activists have been actively fighting this violent activity, but the situation has not changed. Moreover, during this time, the chocolate companies became more closed and began to lobby their interests in the government (including in Africa) as never before.

It turns out that the story does not yet have a “happy ending”. The chocolate companies were able to calm the outraged public and continue to work on the same procedures of the diamond mines.

Nowdays chocolate labels are printed with special labels about “fair trade”. They mean that this company is aware of the difficult conditions for the extraction of cocoa beans and categorically condemns all this, hence the pretty little label.

Logically, such a label should somehow justify the contents of the chocolate and definitely make the world a better place. Surprisingly, the situation has not changed in any way, but politicians and the media calmed down so quickly. Although, formally, there are official apologies and some kind of demonstrative actions on the part of the manufacturers, all that remains, is just “labels”.

Atop Mount Lico in northern Mozambique is a site that few have had the pleasure of seeing – a hidden rainforest, protected by a...